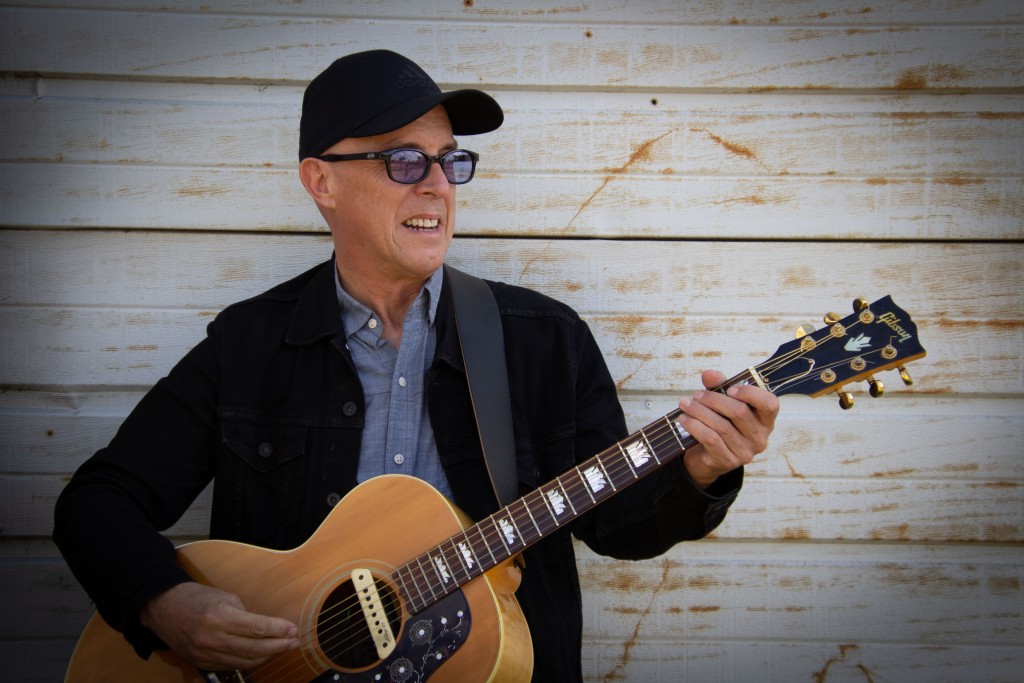 Singer-songwriter Freedy Johnston released his new album, Back on the Road to You, earlier this month via 40 Below Records. Featuring special guests like Aimee Mann, Susanna Hoffs, and Susan Cowsill, this marks Johnston’s first album in seven years.

To celebrate, he’s heading out on the road and headlining the Bottleneck this Saturday, Sept. 24, with local legends Get Smart! Ahead of the show, we spoke with the “Bad Reputation” singer about the process of bringing the new album to audiences and life having been born and raised in Kinsley, Kansas. 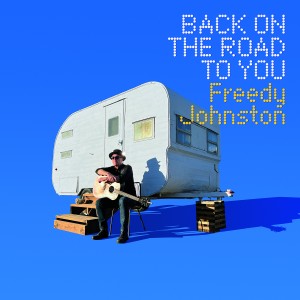 The Pitch: The fact that Get Smart! is opening the show makes it a pretty big deal.

This is also a tour for you in support of your new album. I am astonished at the folks with whom you’ve collaborated on this, and I have heard tell that it is a long time in the making.

Just what your press release said.

Oh, is that what it said? Yeah, it was seven years. I say that in a cagey way because I didn’t know what people knew about the making of the record. As far as anybody needs to know, I recorded it last December in LA, and any previous attempts—that didn’t work out. I mean, it always happens, man. Everybody I know is like, “It’s never A to B.” There are always false starts.

If you have a bunch of false starts and you end up with something like this, I would imagine it’s really worth the effort.

You’re totally right. And I try to look at it that way. I try to be circumspect about it and say, you know, “As long as it gets done, whatever it takes.” And you try to learn for next time, but you never did. But whatever—it was a joy to work with all those guys in LA.

I’ve worked with Dusty [Wakeman, bass] several times, and I knew Doug [Pettibone, guitar], but it was great to have them all together in the studio. I hadn’t met Sasha Smith, who’s just one of the greatest keyboard players there is. He’s so good, and he’s so versatile. Such a touch that guy has. Just a great crew, but I’m not gonna philosophize.

This is a very intriguing cross-section of folks in terms of what they’ve done in the music industry. Their tenure is as long as yours. Is it just a matter of that, after a certain point in LA, everyone playing music crosses paths?

If you live in LA, which I don’t. I live in Joshua Tree. I’m three hours away in the desert, but yeah, everybody crosses paths. It’s a great thing. Honestly, I wish I was living in LA. I’ll be fully, completely honest and say I can’t afford it. I live out in the desert with Victoria Williams, ’cause that’s what I can afford.

I knew all those guys, and they were the dudes. I called, and I will say this: I’m lucky that they even answer my call. Somebody whose songs they didn’t like, they might not so readily agree to do it, is what I mean. I’m very lucky that people like my songs.

How could they not? You have this way with words and phrasing that sticks with people.

Oh, that’s nice to hear, man. I appreciate that. I know that I’ve done it so long now that I can do it, but I’m very aware of how many songwriters are out there and how good they are. With age, it only becomes more intimidating. When you’re younger, you don’t even think about that stuff.

I swear, there are just so many good songwriters. I feel like I’ve said this many times, and I mean it—I’m a lucky guy. I’m glad I was lucky enough to do it and lucky enough that people like my stuff. I work hard at it.

It’s a testament to your songwriting that you have a fellow songwriter like Aimee Mann wanting to sing your songs.

I wasn’t even talking about the singers. I was talking about the guys. I’m lucky as heck that those three singers are friends of mine and just said, “Sure, we’ll sing on your record for you.” That’s just a real compliment.

I mean, Susanna Hoffs? She’s a complete legend. They all are. Susan Cowsill is my cohort in the Hobart Brothers and Lil’ Sis with John Dee Graham, so we’re in a band together already. And then Aimee, whom I’ve met through the years, and I’m just very lucky that was the case.

It’s a thing you do. I haven’t done a record in seven years, and the producer, Eric Corne said, “Let’s try to get some of your buddies to sing on the record. You’ve been gone so long.” It was a nice idea: “Let’s get somebody in.” And not just do it myself. It was a nice feeling.

With seven years between records, the album title Back on the Road to You definitely takes on multiple meetings.

I have a friend—Peter Feldman. He’s been a dear friend for decades, and he’s always advised me from day one. He did all my videos early on, like the “Bad Reputation” video, and he’s very accurately critical of me.

He was like, “I don’t like the title, man. I don’t get it.” And it’s like, “Well, Peter, it’s the title of a song, and it’s a literal message.” He wanted to call it On the Road, ’cause he is a very clever guy. I like that idea of ripping off a title, but it was like this time, I don’t think I want to do it.

It’s great for me to be back doing it. For a week or two, maybe longer, during COVID, I lived alone out in Oklahoma at my brother’s farm. He lived in Florida, so I was as alone as anybody I know, and it got to me in a way that was like, “Well, fuck it. I’m just gonna do something else in life.”

My neighbor was in HVAC, so you know, “Maybe I learn how to do heating and cooling. It’s really good pay.” Not a joke at all, but I’m glad I got over that after a week or two to realize that the only thing I could do is music. I guess it’s a good problem.

Victoria Williams has been doing it a lot longer than me, but she has a ranch out here. Anyway, she is like me—always writing songs in her head from when she was a kid. I don’t wanna speak for her, but that’s what she’s told me, to the point that her brothers and sisters would say, “Shut up.”

Freedy Johnston plays the Bottleneck on Saturday, Sept. 24, with Get Smart!