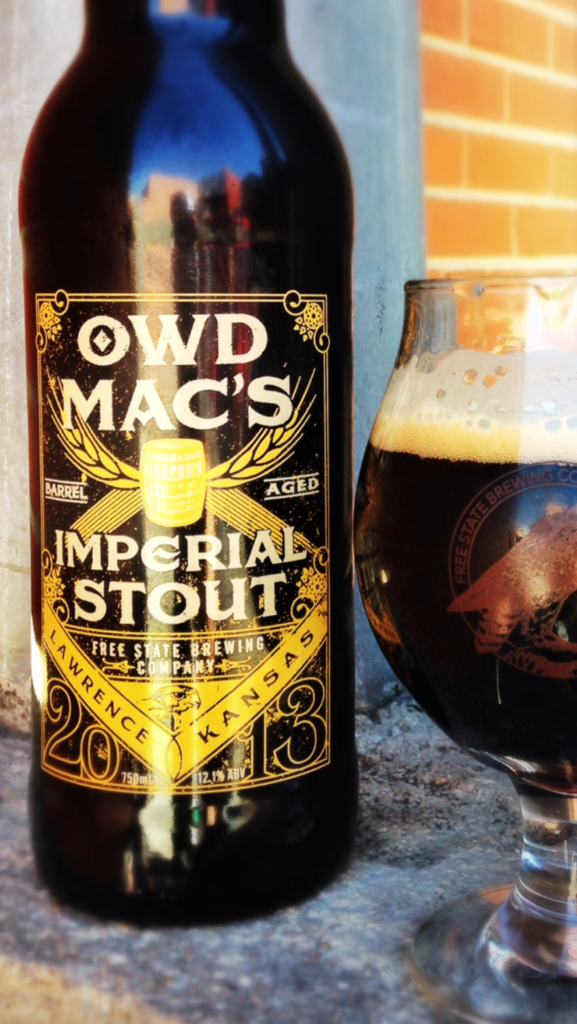 Just as the weather is about to turn cold, Free State Brewing Co. is bringing us something warm: the release of Owd Mac’s Imperial Stout.

From 11 a.m. to 2 p.m. (or until the beer sells out) Saturday, November 22, Free State will sell 750 ml bottles of Owd Mac’s Imperial Stout on the docks of its production facility at 1923 Moodie Road in Lawrence. There’s a limit of four bottles per customer; each bottle costs $15, plus tax.

This is a limited release of 60 cases. So when the 720 bottles are gone, they’re gone. Free State head brewer Geoff Deman tells The Pitch that there’s a chance Owd Mac’s will make it on tap at the pub (636 Massachusetts, Lawrence), but it won’t be often.

“We are hoping that it will be on tap on occasion at the pub but very limited quantities,” he says. “We’re hoping that we will sell all of the beer during the dock sale. If it doesn’t happen, we’ll start selling it down at the pub with the same four-bottle limit.”

For close to two years, Free State brewers allowed Owd Mac’s to age age in Templeton Rye Whiskey barrels. Deman tells us that the double imperial stout (12.3 percent ABV) benefited from its time in the barrel.

Pre-barrel, the beer had roasted, coffeelike aromas and flavors. Those roasted notes are still present, he says, but they will be softened a bit in favor of complex flavors — vanilla, rye whiskey, figs, cocoa and port wine — taken from the barrel. Deman says the beer “takes on more of the chocolatey and cherrylike characters.”

After two years of time and effort, Deman says he’s proud of the final product. “I’d venture to say it’s, if not our best beer, it’s top five,” he says.

Free State’s brewers will be on hand on the 22nd to answer questions during the sale. Also, you can pick up merchandise or buy a pint of a different Free State beer and look around the production facility.

In other Free State news, the brewery launches this week in Iowa with kickoff parties in Des Moines, Cedar Rapids and Iowa City.