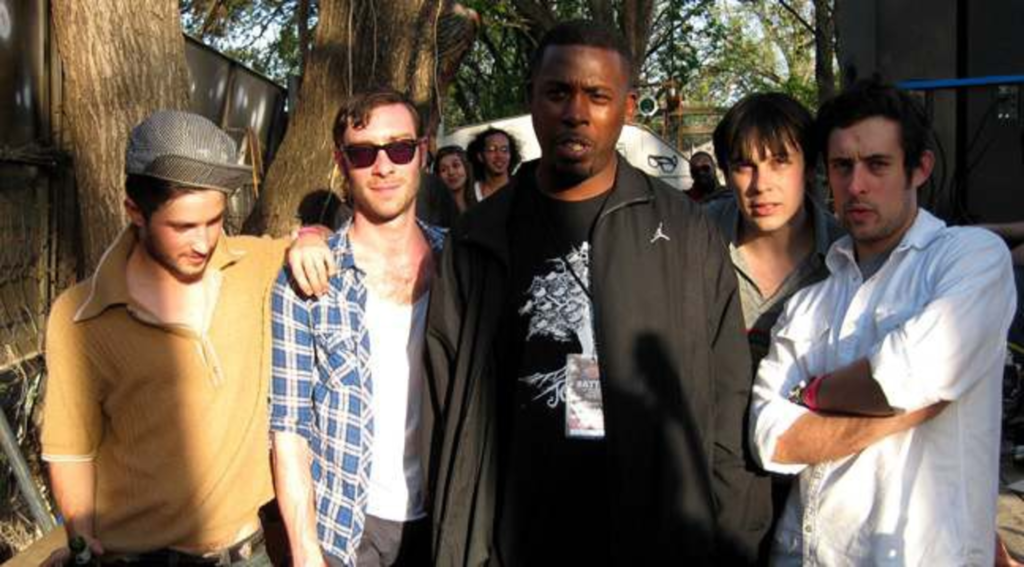 SXSW hookups usually consist of an out-of-town indie rocker going home with a townie for a one-night stand. But on the larger artistic landscape, strange things can happen. Atlanta garage rockers the Black Lips and Wu-Tang Clan maestro GZA met one afternoon of this past year’s festival, at a Dickies-sponsored showcase. Later that day, the scraggly foursome and their rapper friend were on stage playing together at a Vice Records party. The collabo will be written indelibly into rock history’s annals starting on May 5, when the Lips will release the iTunes-only Drop I Hold EP, featuring the Genius on the title track, which was originally released earlier this year on 200 Million Thousand. But you don’t gotta wait — or pay. Download the track below, courtesy of Vice.