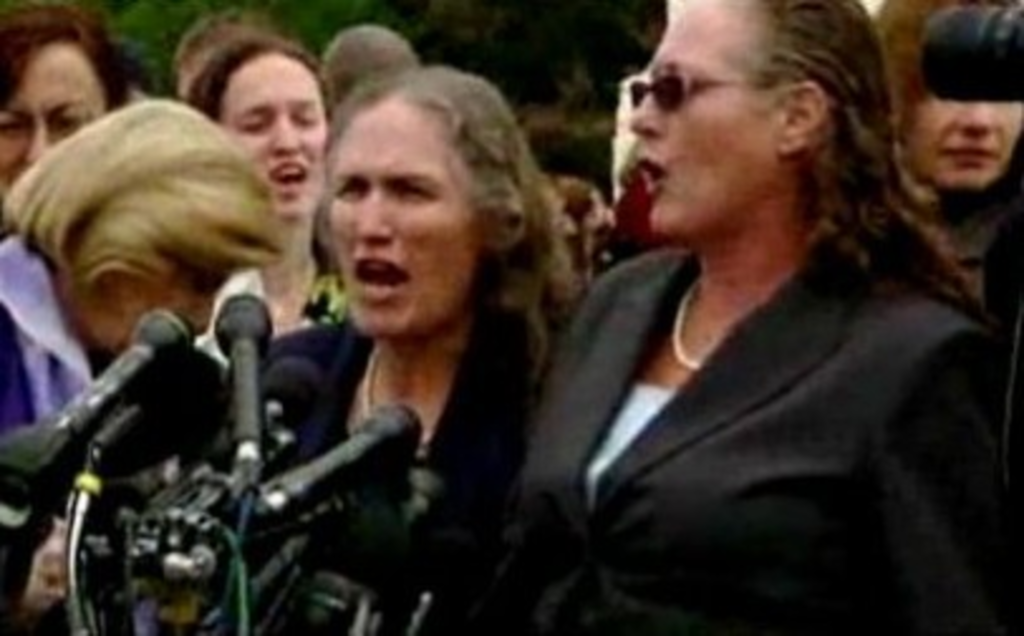 Before the U.S. Supreme Court yesterday, Fred Phelps‘ daughter and legal advocate Margie was surprisingly cogent in her defense of Westboro Baptist Church yahoos protesting military funerals. Outside however, she put on some musical theater that made her family look like nothing more than pathetic caricatures.

protesting the funeral of Albert Snyder‘s son, who was killed in Iraq in 2006. She argued that Snyder was a public figure, making him fair game for verbal attacks, and that even vile speech is

protected under the First Amendment. She added that the protesters followed all local laws and police orders while picketing.