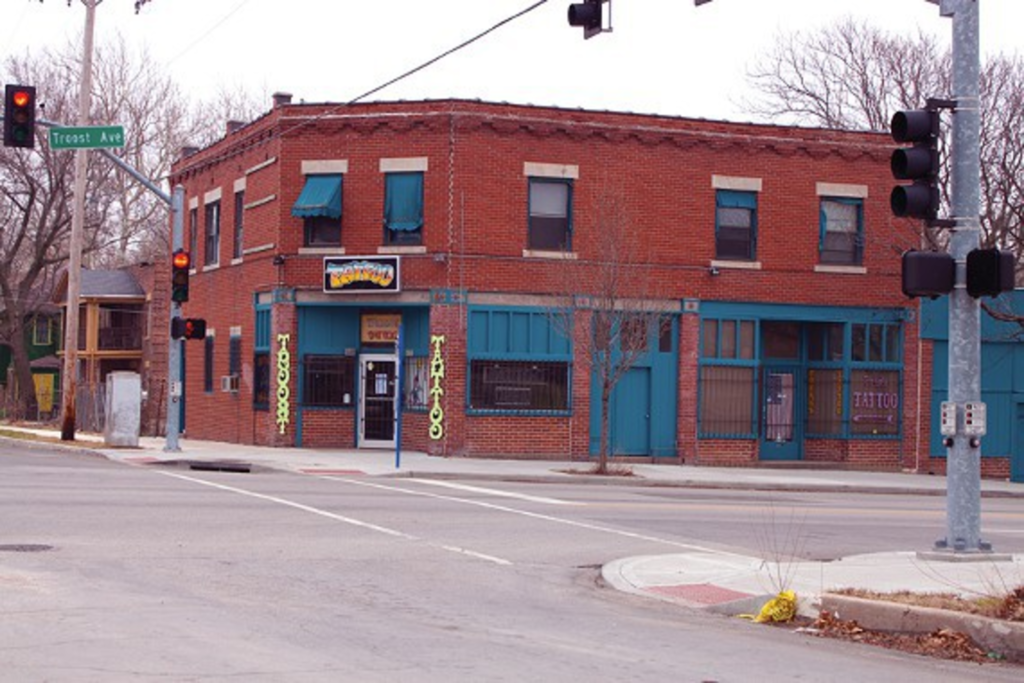 In March 2014, a 21-year-old woman who worked at, and lived in an apartment above, Nu Troost Tattoo (4101 Troost) discovered an intricate system of wires and hidden cameras installed inside her apartment that led down to a computer in the basement of the building. When the police were called, they found 11 hidden video cameras in the apartment. Four had been installed in the tenant’s bathroom, including one with a view of the shower and one facing the toilet.

The building and the business were owned by a 47-year-old man named Rodney Sanell, who also owned the three branches of Freaks Tattoo and Piercing: Freaks on Broadway, Freaks on 39th, and Freaks on Noland. The woman told police that Sanell had been in her apartment to install smoke detectors while she was out of town the previous October. She also said Sanell had sexually propositioned her several times — advances she had rebuffed.

As we reported at the time, the discovery shook up the local tattoo community. Some Freaks tattoo artists quit on principle, some had to scramble to find new jobs, and others — who had nothing to do with Sanell’s activity — tried to repair the Freaks public image.

Today, Jackson County Prosecutor Jean Peters Baker announced that Sanell will face 42 counts of invasion of privacy for using cameras to “observe victims in states of full or partial nudity without their knowledge,” Baker’s office says. Five victims — names withheld — are listed in the complaint.

The probable-cause statement reveals some new information regarding Sanell. One victim told police that Sanell told the building’s maintenance worker to tell her that he would “pay [her] a large sum of money if she would sign a waiver stating she would not sue him. She further stated she has heard from co-workers how sorry Sanell is and how much remorse he feels. She stated Murray [the maintenance worker] also made statements to her that Sanell told him after he (Sanell) had put the cameras in, ‘He felt like god and he felt super powerful’.” Hair-raising stuff.

Prosecutors have requested a $10,000 bond for Sanell.