Frank White’s chief of staff is helping his boss — but what about Jackson County? 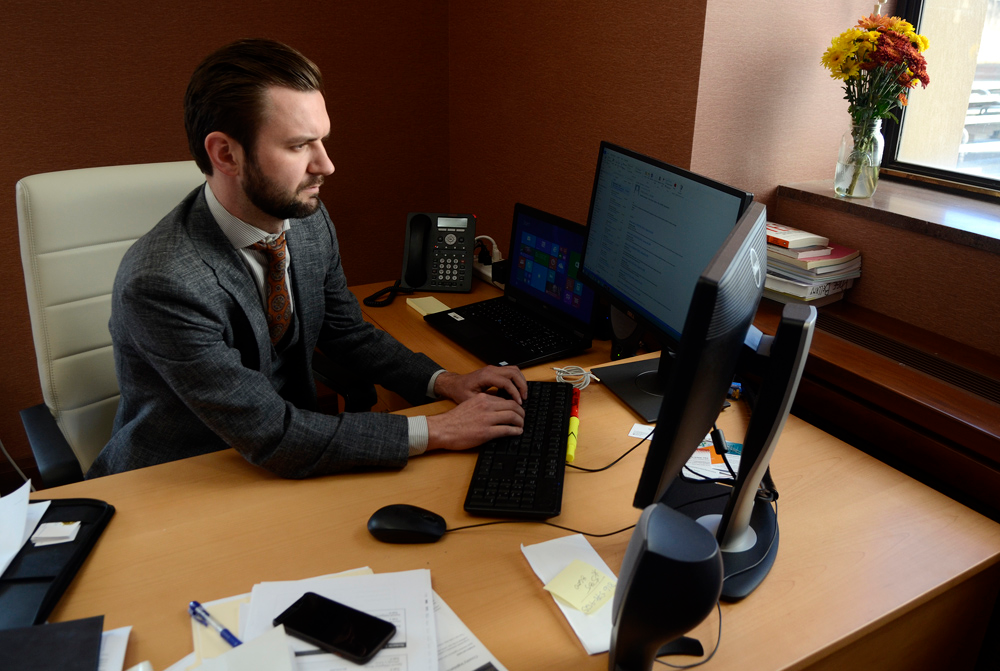 The legislature is feuding with the county executive. Employees report tanking morale. The county-run jail is a house of horrors. Property assessments are screwed up. And nervous insiders speculate that the FBI’s years-long fascination with county contracts may be building toward indictment.

A scapegoat is in order here. But who? Many of the problems, as well as the ongoing FBI probe, took root while Mike Sanders was county executive. But Sanders has taken shelter as a well-paid lawyer in a politically connected firm. And though he still occasionally works his old county contacts for deals that would benefit his friends and further pet projects, he is out of the line of fire for the moment.

Sanders’ replacement, Frank White Jr., is technically in charge. White was clearly more adroit at fielding ground balls as the legendary Kansas City Royals second baseman in the 1970s and ‘80s than he is at making executive decisions. Under pressure to do something about the appalling jail, for example, he recently announced the formation of an unwieldy task force to take another look at a well-examined problem. This week, after a corrections officer was seriously injured on Thanksgiving eve in a prolonged beating by an inmate, prosecutor Jean Peters Baker defected from the panel. She called for immediate action, not long-term study.,

Still, White remains popular with the public, and legislators and others know enough not to make him their punching bag. But he has conveniently provided his critics with someone to blame for the spiraling dysfunction in Jackson County.

That would be his 35-year-old chief of staff, Caleb Clifford. Since stepping up as White’s right-hand man in the spring of 2016, Clifford has managed to strike fear in the hearts of some county employees, alienate nearly every legislator and establish himself — at least in theory — as a stumbling block to progress.

“You know I can’t work with your chief of staff. I’ve said that numerous times,” legislator Crystal Williams told White during a public meeting in mid-November, when lawmakers and the county executive lobbed frustrations back and forth.

Williams and others told White he was listening to the wrong person and receiving bad advice. Legislator Garry Baker said employees were “walking on eggshells.” White disagreed, but legislator Denny Waits backed up Baker. “I can tell you they are,” he said. “I know people have been threatened with being fired.”

One person Clifford tried to get rid of is Jackson County Sheriff Mike Sharp. He suggested in July that the prosecutor’s office remove the elected sheriff because of a decision by Sharp to have deputies investigate only serious crimes at the jail.

Nothing came of the attempt except more bad blood. “It was a chicken-shit move,” Sharp told me. Clifford never talked to him directly, he said. “He goes behind everybody’s back, like a snake slithering through the grass.”

When I phoned current and former county employees, people described Clifford as a manipulator who has walled off channels of communication to ensure that information to and from the county executive travels through him. Whereas previous chiefs of staff had worked down the hall, Clifford turned a conference room next to White’s office into his work space, allowing him to sit sentry over any comings and goings. He discounts the expertise of long-time employees and discourages chitchat among staffers. He thrives on closed-door meetings with no record of what took place.

“I tried to take notes, in case he would say, ‘I never said that,’” said a staffer who left county government in the past year. Like others I talked to, the former staffer asked for anonymity, calling Clifford “a mean, vindictive guy.”

“Caleb would definitely come after me,” a current employee said. “He’s very Trump-like. He is trying to build an organization based on loyalty. You can by no means disagree with his viewpoint.”

After all of this fortress talk I admit feeling some surprise when Clifford agreed to meet with me in mid-November. He told me yes, he knows he’s a lightning rod, but a chief of staff sometimes has to take on that role.

“I think I get much too much credit for the decisions and positions of the county executive,” he said. “He is a very principled person. He is a very passionate person. He selects his positions and he advocates very strongly for them. He’s been kind enough to allow me to have input.”

Clifford was working as an assistant Jackson County prosecutor, he told me, when he first encountered White. Clifford monitored governmental affairs for the office. He met with White as the ex-Royal was considering a run for county legislator.

After they chatted, Clifford told me, he handed White his business card and figured that would be it. But White called him that same day. “He had questions about everything,” Clifford said. “His curiosity and passion for not just wanting to be a name surprised me, and made me want to help him. He was in it for absolutely the right reasons.”

White easily won election as county legislator in November 2014. About a year later, Sanders unexpectedly resigned as county executive, and legislators chose White to fill the post through 2016. In November of that year, he won a nearly uncontested election to serve the remaining two years in Sanders’ term. It’s been pretty much downhill ever since.

I told Clifford about some of the gripes about his management style, including charges that he is isolating the county executive. “It’s untrue, is the basic answer,” he answered, though he acknowledged an element of accuracy. “Depending on the issue and depending on the wishes of the county executive, it is my responsibility to assist him in reviewing information, meeting with those who have opinions and ideas, and relaying them. This is an organization of 1,000 employees. And quite frankly, the county executive is a celebrity. There has to be some structure.”

A former employee told me that Clifford discourages the use of emails for all but the most mundane business, warning the staff that emails are “discoverable” should a lawsuit materialize. That often forces staffers to deliver printouts to his office — an inefficient mode of communication if one has to take the creaky elevators in the downtown courthouse.

When I mentioned this to Clifford, he looked flummoxed, but then laughed. “I think all of us use emails all the time,” he said. Maybe so. But people who worked with Clifford in the prosecutor’s office remember that he cautioned against being too free with emails there, too. They also remember him as somewhat devious and prone to exaggerate his importance in the office.

In the hour or so that we talked, in a courthouse conference room, Clifford mostly said all the right things. He spoke about White’s hesitation to commit to building a larger jail facility without a discussion about slowing down the incarceration of people of color. He said a plan was in place for dealing with problems in the assessments of commercial properties. He told me that his greatest satisfaction in the job has come from helping hold down healthcare premiums for county employees, and from seeking raises for low-paid workers.

Clifford is smart and politically savvy. If I had talked to him in isolation, without the cacophony of complaints as a backdrop, I would have come away thinking him a good wingman for White, a political neophyte.

But that would be a minority opinion. “Although I think that Frank White cares deeply about the associates of the county, there appear to be barriers to us moving forward,” Williams, one of the few legislators who has voted in White’s favor on contentious personnel issues, told me. “It seems to me that this is an opportunity for the county executive to bring in new blood and build a team intent on serving the people of the county, and I don’t see that happening.”

Almost no one does. White is notoriously prideful — witness his years-long estrangement from the Kansas City Royals. He’s not going to admit to making a mistake with perhaps his most important hire.

And maybe, from his perspective, he hasn’t. Clifford may care about power, but he doesn’t seem to give much thought to popularity. He’ll gladly earn $140,000 a year to take the heat from legislators and an entrenched county bureaucracy while White smiles and does meet-and-greets at county functions.

A lot of people aspire to make the county executive’s job miserable enough to discourage White from running for a full, four-year term next November. Legislators such as Waits and Dan Tarwater — who play the role of career politician to the hilt — might like to clear the way for themselves to run the county. People hooked up to Sanders’ old gravy train of favors would love to get that pipeline flowing again. Reformers cling to the hope that someone like Peters Baker, the county prosecutor, will take the job and actually professionalize county government.

But Jackson County voters love Frank White. And though the county executive’s job has cut into his golfing time, he’s done nothing so far to suggest he’ll relinquish his $145,000 salary and the perks and prestige that come with the job.

Same with Clifford. “I am very fortunate to have the position that I have, and quite frankly I hope to stay in this position for sometime to come,” he told me. “I hope I’m an asset for the county executive.”