Frank Turner on his place as a punk-rock troubadour; opens for the John Butler Trio Saturday night 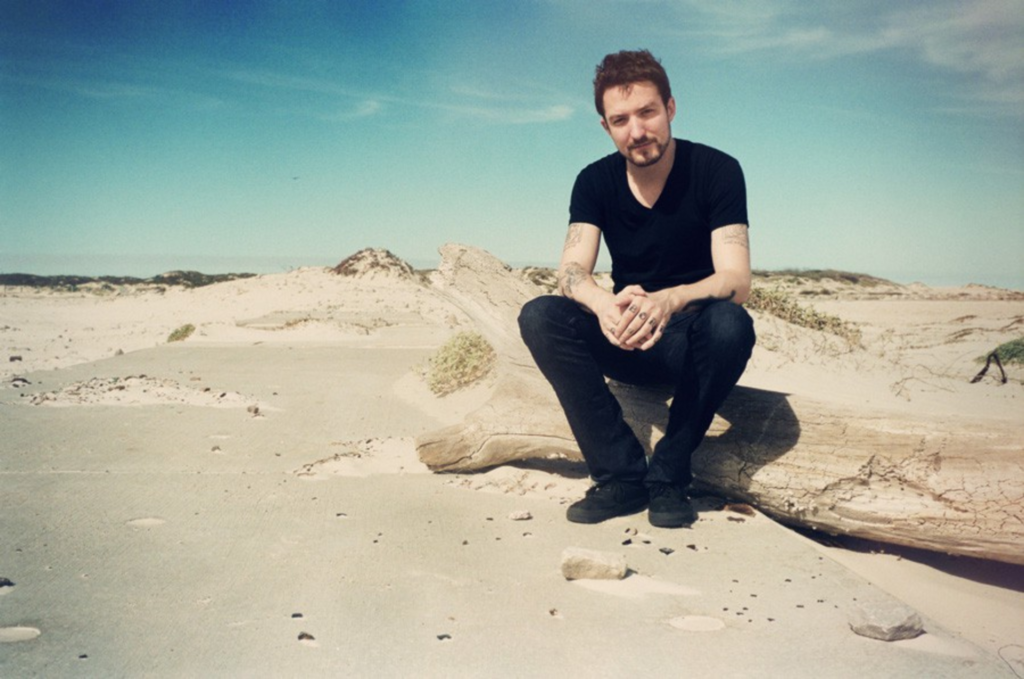 Frank Turner is a man who started out playing hardcore shows, but he’s now risen to the point where he had the London O2 Arena singing along to his song “I Still Believe” as a warm-up act for the Olympic opening ceremonies. It’s an interesting journey, and it seems that every tour of the United States raises his visibility just a little more.

Turner has recently returned to his hardcore roots. His side project, the Mongol Horde, will be releasing its debut album later this summer – and continues touring on the success of last year’s Tape Deck Heart. We spoke with Turner by phone from London.

The Pitch: The show you’re playing in Kansas City, opening for the John Butler Trio, is a duo show. Those duo or solo shows seem to be more and more rare these days. Is there a particular reason for that?

Turner: Well, I would say, “for the time being.” Who knows what’ll happen in the long run? When I started out, it was basically me and my guitar, for a long time, and that still sort of remains the backbone of what I do, from a sort of songwriting point of view. I write songs on my own, with the guitar, and then take them to the band.

Having said that, I always wanted to have people to play with, and the band that I have – the Sleeping Souls – is, in my humble opinion, the best band in rock and roll, and I love playing with them, and they’re a huge part of the sound I want to make right now. Given the choice, I’ll always choose playing full band shows, for the moment. Of course, sometimes it’s not – logistically, financially, whatever – feasible to bring everyone everywhere.

And it is really fun to go back to playing on my own, or this duo thing I have going on with Matt [Nasir], who plays piano in the band, but it’s him playing mandolin in this. It’s kind of a fun little addition to the armory, I guess. But, yeah: at the end of the day, I’ll play anywhere, in any sort of format, really, but in terms of how I want what I do to be presented day-to-day, I want it to be a full band thing.

Who know? Maybe in two albums’ time, I’ll be back to playing on my own again.

In terms of playing anywhere, your visibility kind of got a boost when you played as part of the Olympic opening ceremonies.

Yeah, it did. It’s an interesting question, though, because I’m as of two minds as to whether it was much of a boost, because nobody was tuning in to see me. I think that the reaction of most people to my presence on the TV probably would have been, like, “Who the hell is this? I’m going to go make a cup of tea.”

We definitely got more people onboard with the project. It wasn’t really like a switch was flipped, like I was unknown, and suddenly everyone knew who I was – not like that. It was a welcome boost, but not completely, suddenly, kind of black and white, you know?

I think it’s a testament to your ability to engage a crowd that you got the whole of the O2 Arena singing along. That’s not an insubstantial achievement.

Well, I like to think that’s part of my job. You know, it’s a funny thing: there are bands out there – many bands out there – who seem to take umbrage at the word, “entertainer” when it’s applied to them. I never really understood that, because, first of all, it’s a matter of fact. Ninety percent of my job, being on tour, is … I’m an entertainer, a professional entertainer.

Plus, I’m not just being a realist about it. I love being an entertainer. I love the tradition. It’s something I want to be part of. It’s more than just singing. You can bring in vaudeville and the circus and activing and the theater, and all that kind of thing, as well. I like the idea that my job is to get up there, on the stage, and to get in font of many people, to try and get them to have a good time. That’s a really cool thing, and something I’m proud to be able to do.

The way you introduce your songs onstage – not like a troubador kind of thing, but definitely telling the audience about the time and place in which they were written – is certainly part of a tradition.

Well, yeah – I think it adds to a show, do you know what I mean? Just being a punter, I sort of fancy a band when they give you a bit of insight into what they’re doing. A song is kind of a strange thing. It’s a kind of weird snapshot of a state of mind or a story or whatever, and I enjoy giving that.

[page]Do you find the storytelling aspect helps bring in people, especially when you’re doing opening sets, playing to folks who might not be there to see you?

Yeah, I think it certainly is part of it. It’s a tool that can be used, sure. I’m a kind of rambling raconteur at the best of times, even when I’m not onstage. I’m kind of a yarn spinner – much to the annoyance of my friends, I’m sure. But, yeah, it’s part of it. I don’t want it to take away from the fact that what I essentially do is music or be a stand-up comedian, but it’s nice to chat with people.

Now, a 180-degree turn away from what you do solo, or with the Sleeping Souls, is this Mongol Horde project. I saw that you were in the process of recording the album back in December, but where is that project now?

Basically, the record’s done and is coming out very soon. We’re going to “Beyoncé” the record – we’re not really going to do any build-up or promo for it. I mean, I don’t want to belittle it as a creative or artistic endeavor, because I am very proud of the music we made, but at the same time, I do a lot of promotional schedule and press schedule for my main thing. I’m just kind of happy for Mongol Horde to just exist, and if people want to hear it, they can go and seek it out themselves.

But I’m very proud of the record. I think it was better than I was expecting it to be. It’s a weird thing to say about your own output, but I’m really quite pleased with how it came together. It’s really quite good at being over-the-top, which is what that kind of music needs to be, in my opinion.

There’s a lot of that kind of stuff in there. There’s a little bit of Converge in there – they’re one of my favorite bands. Actually, Kurt [Ballou] from Converge built us a guitar, because we use a baritone guitar. He actually made one for us to use in the band. And then, I’m even going to say Pantera, because I’m a huge Pantera fan. It’s kind of brutal, heavy, aggressive music, but with its tongue in its cheek.

That’s the reason I could never listen to black metal: it just takes itself way too seriously, and there’s nothing more annoying than that. So it definitely has a sense of humor about itself. There’s a few things floating around on the Internet, but the majority of the record is stuff that nobody’s heard, and I’m really quite curious as to what people make of it.

[Ed. note: the Mongol Horde record is out now – this interview was conducted before they released it on May 26.]

Tape Deck Heart hasn’t been out that long, but can people expect to hear any new material on this summer’s tour?

Well, me and the band have just demo’d 12 new songs, actually, for the new record, and I’m still writing more. I’m definitely engaged with writing for the new record right now. It’s – we’ll see. We’ll definitely be playing some new material, here and there. Road testing is a double-edged sword, in my opinion, because on the one hand, you can really knock a song into shape, playing it in front of a crowd of people.

So, yeah – we’ll throw a few in, here and there, but we’re not going to be recording until after the summer, so I’m still contemplating things quite a lot, creatively.

Frank Turner opens for the John Butler Trio at the Crossroads on Saturday, June 7. Details here.