In 2014, Elliott Ivory was handed a Breckenridge Vanilla Porter. As he tells us, after that first sip, angels sang and children danced. Ivory’s introduction to craft beer piqued his interest, and he began learning the fine art of homebrewing.

“From there my hobby grew to an addiction as I started to brew more often, competing in homebrew competitions and sharing beer at homebrew festivals,” Ivory says.

Ivory says he and co-head brewer Bonds are on a mission to craft beers fermented in the spirit of jazz and hip-hop, remixing ales and lagers. As their website states, “Ivory’s analytical side blended with Bonds’ creativity will produce fantastic results.”

Along with Coleman—the company’s director of marketing and experiences—the trio are starting to garner buzz with their product line—and not just because of the alcohol content. While they’re eager to fling open the brewery’s doors, you’ll still find them at pop-ups throughout the city plying their bold, barley-hops beverages to the masses.

We caught up with Ivory between taste tests to inundate him with this column’s delightfully moronic questions. Needless to say, he was a trooper.

The Pitch: What cartoon character scared the crap out of you as a kid?

Elliott Ivory: Scar from The Lion King. Straight up born into hatred and resents his brother Mufasa from the start. And then harbors that hatred toward Simba, which fuels his quest to become king. His sarcastic, spiteful demeanor was too sinister. Lion King was definitely a Top 5 movie for me when I was growing up and Scar is probably a Top 3 villain of all time, too.

Also, he’s a lion and I thought he could eat me when I was a kid.

How early is too early in the day to drink a beer?

Real talk, it’s never too early to drink a beer. Why else would Red Beer exist? Sign me up for tomato juice, spices, and hot sauce in my beer. Sign me up for beer-mosas, too. Oh, and a little OJ in a clean American pilsner never hurt anyone.

Also, do we really think coffee beers are only for the afternoon or evening? Oh no, these were specially crafted to be enjoyed in the morning. Slightly bitter, a little sweet, and easy to drink. Sounds like balance—like a balanced breakfast.

Speaking of beer, you can only eat one bar snack for the rest of your life. What is it?

Beef jerky. It’s a great source of protein. Plus, there are so many flavors. Black pepper, teriyaki, jalapeno, habanero, hickory, BBQ, sweet and spicy, and much more. It’s good to eat on any occasion, late night, hiking/camping trip, and mid-day.

The versatility is endless, in my opinion. Honestly, with a snack like beef jerky, do you really need any other food? 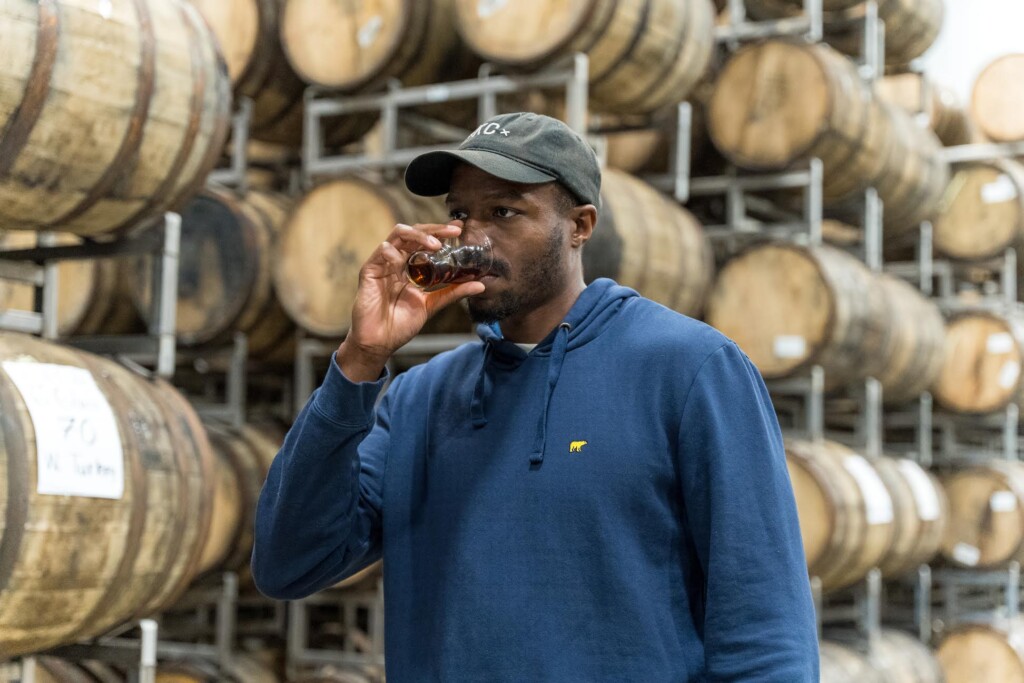 Finish this sentence: The hardest I’ve ever laughed was…

Any time I get together with my two older brothers. I don’t have a specific moment, but since we only get together in person about once or twice a year there are always jokes and stories to be told. We always end up reminiscing about our childhood, all the experiences we had, and share current stories we have as adults and fathers.

With each iteration, the story gets to be a bit more exaggerated—and once you throw in drinks, the small tales quickly grow into grand adventures.

I can’t think of a specific one right now, but I always find it funny to read reviews about breweries. Say, a brewery that has too many IPAs—even though the brewery will clearly state that they are an IPA-forward brewery. Or breweries with ten taps but not enough variety. Or even better? A non-beer drinker saying how all the beer is bad because they don’t drink beer.

Everyone is entitled to their own opinion, but some opinions are bad.