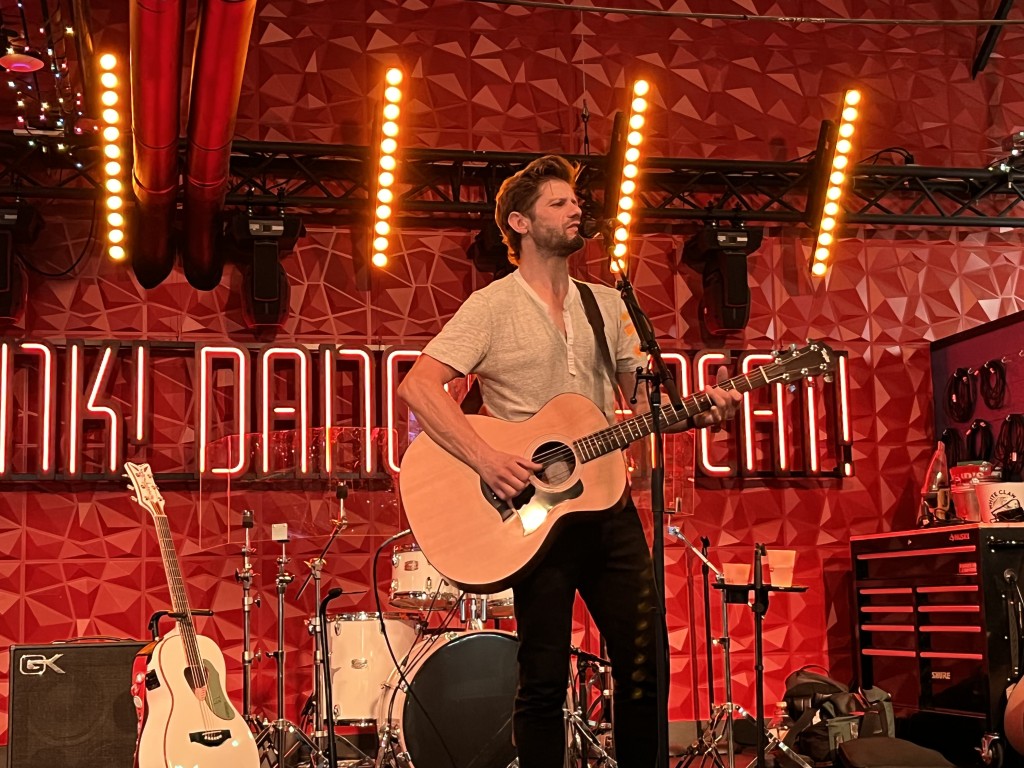 Hometown singer/songwriter David Luther says his first foray performing on stage was sophomore year at his Catholic high school. He doesn’t remember much about it—almost akin to an out-of-body experience. “It wasn’t until I saw a video of the performance that I realized music was going to be a driving force behind my life’s path,” Luther says.

Now the seasoned guitarist embraces rockin’ out in front of people no matter the venue—everything from the back of a pizza shop to large national festival stages. He’s probably best known for his 2021 hit single “Home To Kansas City,” a Springsteen-esque anthemic tribute to the city he loves.

This past spring, Luther unleashed his newest endeavor, the folk, alt-country album, Take Me Home. One of the songs, “World’s Gonna Change,” is a collaboration with Academy Award- and Golden Globe-winning songwriter, Tom Whitlock. We touched base with the busy performer between gigs to pepper him with our slew of stupid questions.

David Luther: Any more than six pillows is just vanity. That being said, if you’re in the middle of a pillow fight, six pillows just will not cut it. I like to have one solid pillow to swing and several small ones to throw with precision.

What’s the best duet in the history of music?

This is so hard. One of my favorites of all time is “If You Needed Me” by Emmylou Harris and Don Williams because it feels so real. However, I’d have to say, “Don’t Go Breaking My Heart,” by Elton John and Kiki Dee. It never gets old, and I can’t listen to it without being happy. It’s also a song I don’t mind getting stuck in my head all day.

Name a spendy item you splurge on and can’t live without.

Good local coffee is pretty important. I’m so glad we have The Roasterie here in Kansas City. My favorite blend used to be the house coffee from the café on Wornall called One More Cup. I was sad when they closed. Had I known about Browne’s Irish Marketplace, I would have been there all along. Needless to say, it’s my favorite now.

How long would it take you to complete a full-on triathlon?

A full-on triathlon? It would probably take me several days to complete. I would probably forget whether or not I completed one part and go back to do it. More than likely, I’d have to settle for competing in one part of the triathlon three times.

I’d have to say the most brutally awful concert was Billy Ray Cyrus on the Achy Breaky Heart tour. It was my first big concert, and I don’t know why my aunt chose it. I saw one guy bust another guy over the head with a beer bottle. That’s pretty brutal to see as a kid. The music kind of felt like that. I was, however, really bummed that I lost the key chain I got on the way out the door.