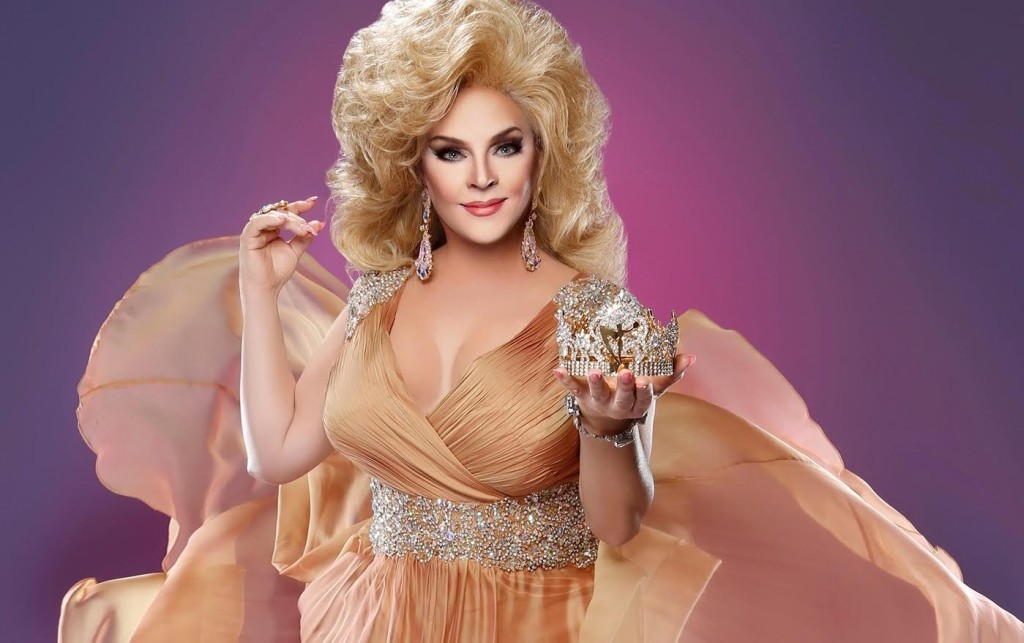 Way back in 1994, Martin began her female impersonation career competing in a local Halloween talent show contest. “I performed as country legend Loretta Lynn, singing a live rendition of ‘Coal Miner’s Daughter,’” she says. “And I won the contest! Afterward, I was hired as a regular cast member at Missie B’s drag shows.”

Countless years (and pageant wins) later, the ubiquitous Martin is still doing what she loves—singing and performing her chiffoned, sequined ass off. From saucy cabaret shows to snarky, comedic roles in Late Night Theatre performances, Martin has tackled nearly every stage from Springfield to Omaha. She’s also helped helm innumerable charity events. (Her spot-on Babs Streisand impersonation is a hoot and a half.)

Earlier this year, Martin introduced a live singing show to her repertoire. “Happy Hour With Loretta” occurs every other Friday—”from 6 p.m.-ish to 7 p.m.-ish,” she says—at Missie B’s. Sometimes she flies solo, but most shows feature a rotating roster of live singing guests, including plenty of up-and-coming local talent. “I like to create a laid-back, casual, yet professional environment where the audience feels like they are in my living room,” she adds. “They’ll hear old standards, newly learned songs, duets, and group songs. Expect tight harmonies, screw ups, start overs—and lots of laughter. It’s sheer joy.”

We caught up with the bubbly, effervescent queen between shows recently to ask her our list of moronic questions. She may or may not have sung several of her answers.

The Pitch: Gurl, what’s your recurring drag nightmare? Every queen has one, right?

Every professional drag queen, while prepping the usual undergarment routine, absolutely ensures her manly parts are securely tucked in place. This is especially crucial when wearing a skin-tight, skimpy outfit. 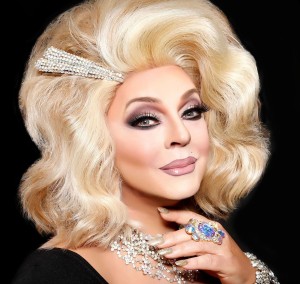 Once, I was quick changing into a Cher costume to perform ‘Turn Back Time.’ Unfortunately, I did not secure my ‘parts’ enough, hopped off of the stage, and pranced into the audience while exuberantly making my Cher moves to her song.

To my dismay, I suddenly felt an uncomfortable pop!  One of my, uh, man ovaries decided to rebel and present itself—bulging under my eight pairs of tights. I cupped my hands over the bulge, kept collecting tips, and finished the song.

What’s the best retort, quippy comeback, or snappy response you’ve had to a drunken/mouthy patron?

Every show has the possibility of a tipsy or outright drunken audience participant. That loss of inhibition can lead to unwanted adoration, clingy hugs and/or discovering—on the spot—that they too can perform, sing, or dance with you!

I am always non-combative with ‘Honey, gawd love ya’—but you are in my money lane!’ I’ll kindly ask for a $20, then gently nudge them out of my way to keep performing.

You get invited to a fancy beach resort free of charge. Turns out, it’s a nude resort. You goin’?

The resort would have to be an all-male resort. The beach would have to be an ocean beach, clear water, non-shark infested. There would be a fabulous paid, costume-required, drag show starring me and a few of my closest drag friends. Patrons would be required to wear fanny packs to the show filled with cash. I’d present during the daytime only on said beach with my binoculars placed in an extra-large, extra-long canvas bag strategically placed over my goodies!

You can duet with any LGBTQ icon, living or dead. Who is it and what do you sing?

What a great question! Again, ‘Coal Miner’s Daughter’ with Loretta Lynn. I grew up in the small town of Butler, Missouri at a very young age, listening to the classic country greats of the 50s and 60s—like Kitty Wells, George Jones, Tammy Wynette, Skeeter Davis, and especially Ms. Loretta Lynn.

My first drag experience was impersonating Loretta Lynn—and for many years I was known simply as Miss Loretta. She wasn’t necessarily known as an LGBTQ icon, but she certainly was for me. I was truly affected by her recent death.

Bonus 5th Question: Pickleball is all the rage. Why do you think that is?

I’ve never heard of it, so I have no frickin’ idea! Could it be a game involving a real pickle that puts you in a pickle? Is it a game where couples gobble each end until they reach the middle and finish it off with a French kiss? Is it like toss the pickleball? Bowling with pickleballs? Not a clue …