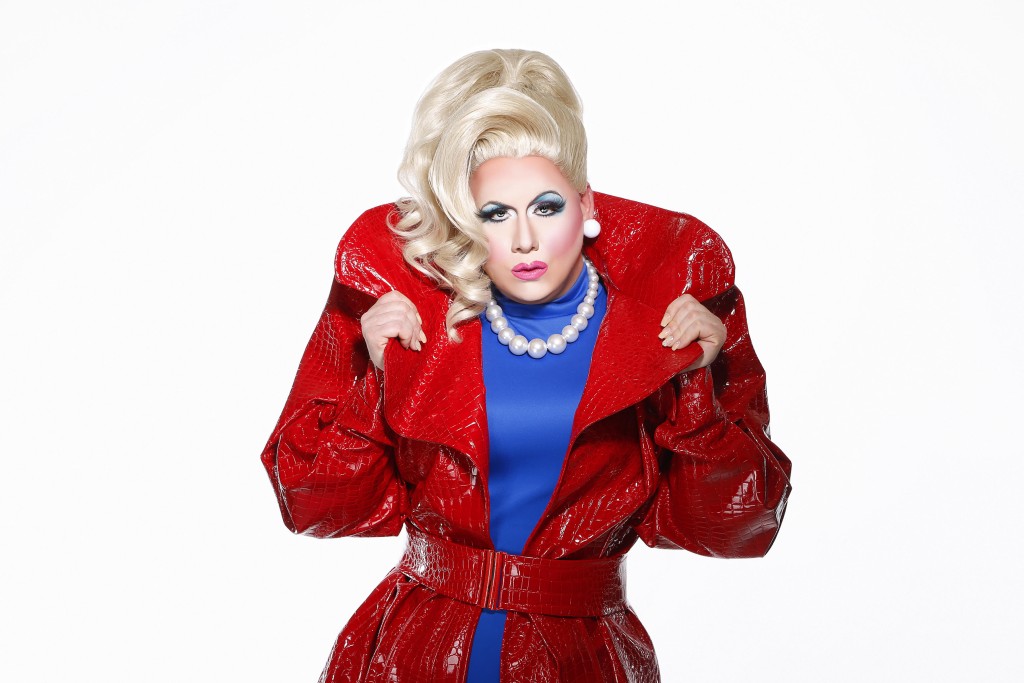 The Whore of ’84. // Courtesy Genewa Stanwyck

Crass, sass, and a lotta ass sums up Kansas City’s drag darling, Genewa Stanwyck, who lovingly refers to herself as the Whore of ’84. (And she’s even got her own chant. IYKYK.)

The seasoned performer cut her teeth and honed her comedic skills over the years in various Late Night Theatre performances, including Remington Steele Magnolias, Prison Bitches from Hell, and Designed Women.

As the blondiful Stanwyck tells us, “When I’m not traveling the world competing for the WWE Heavyweight Championship, I can be seen at Hamburger Mary’s boring audiences during HAMbingo and KC’s best drag show, Hamburger Mary’s Drag Brunch.”

We caught up with the snarky hostess with the mostest whilst she was feathering her hair and picking out the perfect shade of neon eye shadow. Thankfully, she seemed, like, unphased at our four totally dumbass questions. Fer shurr.

The Pitch: Settle the debate once and for all—which is better, pancakes or waffles?

Genewa Stanwyck: Neither! Pancakes and waffles are so boring. I love donuts. Variety is the spice of life—and donuts have variety and personality. There’s cream-filled, glazed, iced, cake, holes, and so much more.

Although, if I really had to choose, it’d be waffles. Waffles can hold so much of that delicious sticky syrup. Top it off with some cream that’s whipped real good and I’m in heaven. Sticky, creamy, griddled heaven.

What’s a drag song everyone despises, but you secretly love to perform?

There are way too many to count. I love going deep into the ’80s catalog, but also love some of the mainstream classics. “I Wanna Dance with Somebody,” “Girls Just Wanna Have Fun,” and “I Love Rock ‘n’ Roll,” just to name a few.

They are so much fun to perform in a show. The crowd sings back, cheers when they come on, and everyone dances along every time—but those songs also have plenty of haters. They’ve been played so many times and tend to annoy people (especially my co-workers).

There’s also a Celine Dion mix that I absolutely love to do—and everyone hates. Every time it comes on, I give a little wink and mischievous smile to all the haters. 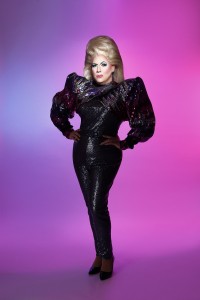 ‘Fess up, who’s on your hall pass? We need five names—stat.

When I’m coupled up, though, Christopher “Daddy” Meloni would absolutely be my hall pass. Have you not seen Oz or his Twitter? The evidence speaks for itself. Plus, he’s hilarious and seems like a genuinely nice guy.

Runner-ups include (but are not limited to) Steve Grand (a gay, country singer—yes, please) and the Let’s Get Moving guys. They could move me any day, and they have before. Bryce broke my bed.

Plus, a plethora of local guys who shall not be named.

Hands down, what’s the most difficult song to lip-sync?

RuPaul’s “Call Me Mother.” Hands down. Even she claimed it took her a long time to get the words and track down. I know the words and the song, but making my mouth and brain work together is a complete miss with that one. I’m a stickler for knowing words and making them come across in a performance. You look silly on stage if you don’t mouth the words correctly.

Normally, I can work my mouth real good, but that song always gets me. Speaking of working my mouth, I’m still single, boys. Call me.

Bonus 5th Question: What foolproof excuse do you use to get out of a bad date?

“Oops, I ate some delicious ice cream today, so the date is off.”

“Someone poured a glass of milk in my mouth and I’m gonna be busy for a few hours.”

“For some reason, I feel like going on a date with the porcelain throne, so I ate a bunch of cheese. No date for you!”

That’d definitely be my excuse—so, gentlemen… watch out!