Former IHOP member explains why he left the church 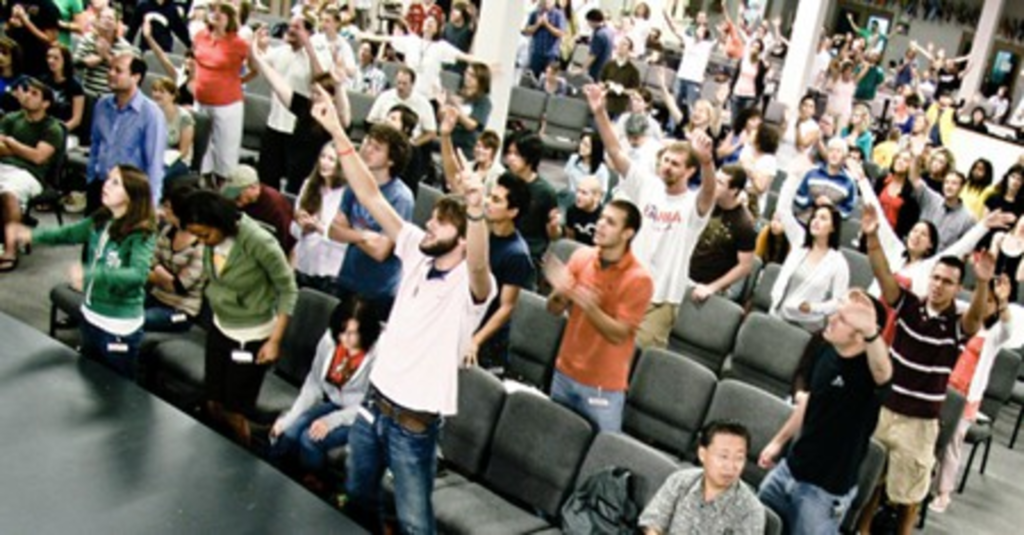 Blaise Foret is a 32-year-old Christian speaker and author who has been preaching since the age of 16. He currently lives in Asheville, North Carolina, but from 2008 until 2013, Foret lived in Kansas City and was an active member of the International House of Prayer.

Foret is not involved with IHOP anymore, and in a recent post on his website, he explains some of his reasons for distancing himself from the Grandview, Missouri-based church, which has long been dogged by accusations that it is a cult.

Upon arriving in Kansas City, Foret quickly became enamored of IHOP leader Mike Bickle’s end-times theology, known as the “prophetic history.” Foret refers to it as “10 hours of stories about supernatural visions, experiences, and prophetic words that were given to Mike Bickle from a number of prophets back in the 1980s.”

As an incoming staff member, I was required to listen to and understand this PH. This was exciting to me because the stories were powerful and profound. These prophetic words supposedly were given to confirm that Mike Bickle was to start IHOPKC. Every intern and staff member that comes through IHOPKC is required to listen to and study the PH. The PH is the foundation of the IHOP movement itself. Without this history, IHOPKC would not exist. The PH was brought up in almost every staff meeting and every group meeting that I was a part of while at IHOPKC. The leaders would bring up stories from the PH and then cherry pick bible verses that seemed to back up and validate the stories and convince the members that the movement and the PH was entirely in line with biblical teaching.

I later learned that this PH that I spent years of my life learning and teaching, had been amended little by little, over 25 years’ time, to explain away why some of the earlier prophetic words and predictions from the PH had not even come to pass.

Foret also takes issue with IHOP discouraging the many young people in its ranks from attending college:

I have heard stories of young people who felt like they have missed God’s plan because they left IHOPKC instead of staying on as a staff member to help see the PH fulfilled. I have also heard stories of young people who felt that they weren’t supposed to go to college because, often, when the PH was spoken of, it was shared along with quotes like this: “We are at the end of the age! Jesus is returning! You can go to college and get a ‘piece of paper’ or you can spend your life in prayer and get a degree from heaven! Sure, go to college, but most Christians who go to college end up falling away from the faith and denying Jesus.” This is a terrible motivational speech and sets young people up for failure, either giving them an expectation that they can’t be a Christian while in college, or giving them a false hope that Jesus will return quicker if they would stay and pray full-time at the house of prayer in KC. It steals real dreams and real hopes from the hearts of talented and vulnerable young people who were created to learn, grow, and impact society in positive ways.

He sums up the organization as “bringing in young people who were zealous for God, brainwashing them with Prophetic History, telling them to give up their dreams to fulfill IHOPKC’s dreams, and filling their heads with the idea that Jesus is returning soon so they don’t need to go to college. I know that‘s a bit candid, but that is the clearest way to actually say what is going on in the lives of multiple 18-25-year-olds right now in Kansas City.”

Mike constantly taught that our “prayers for justice” would bring Jesus Christ back to the earth. And that, upon His return, He would proceed to kill, and destroy multitudes of unbelievers. “Jesus will personally kill multitudes of people at His return. Their blood will be on His garments from slaying them,” Mike would say, with great confidence.

When Foret began to explore Christian theologies that differed from those of IHOP, he and his friends were brought before IHOP leadership and interrogated about their beliefs for seven hours. Eventually Foret moved to Nashville, and then Asheville. He ultimately concluded: “If you find yourself in a ministry situation with spiritual leaders who ask you not to listen to other teachers outside of their organization, and don’t allow for a difference in theological views, and run their entire ministry or church based off of highly subjective prophetic words, I would encourage you to take a deeper look into that ministry, or better yet, find a different place to plant yourself.”

We’ve reached out to IHOP for comment. We’ll update if we hear back.