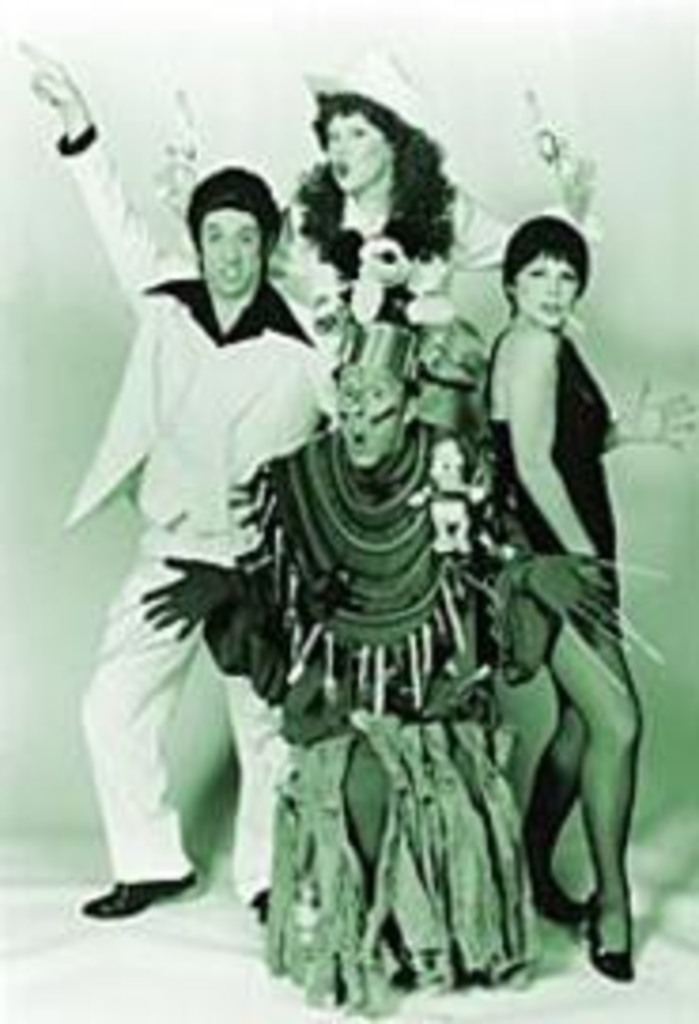 For nearly two decades Forbidden Broadway has skewered all that is sacred about Broadway theater. The pomposity of Andrew Lloyd Webber; the sugary sweetness of Annie; the recycled choreography of a Fosse show; the transformation of Times Square into a huge Disney store — nothing is holy enough to escape the poison pen of its creator, Gerard Alessandrini.

Locals Lori Blalock, Cathy Barnett, Karen Errington, Don Richard, Terry O’Reagan, and Brian Patrick Miller often have been called upon to pick up their scripts, hop on a plane, and star in either long engagements of the show or one-nighters for corporate events. For Barnett, a yearlong booking on three cruise ships, including the QE2, literally took her around the world.

And for a couple of months this year, the New York production, currently called Forbidden Broadway Cleans Up Its Act, featured local actors Becky Barta and Heather Ayers as half of the four-member cast.

But it all might have been different if the show’s standing director, John Freedson, had pulled rank back in 1989, when Forbidden Broadway first appeared in Kansas City.

At the time, Mark Edelman of Theater League ran the Quality Hill Playhouse and thought Kansas City was ready for a show that relied heavily on the audience’s theater savvy.

“It was the perfect show for our subscribers,” Edelman recalls. “They see all the Broadway shows and I knew they’d enjoy the parodies.”

Freedson, who is based in a New York office where they answer the phone by saying, “Forbidden Broadway,” has Kansas City connections himself. The Copakens and the Prostics — names he drops rather loudly, assuming they will ring the bells they do not ring — are kin. Nevertheless, before casting the Kansas City show, he was dead set on importing former cast members.

“I had auditioned the show in Chicago and Minneapolis and had to bring in actors,” Freedson says, adding that he expected even less of Kansas City.

But Edelman was prepared to issue a big “I told you so.”

“I just said, ‘Before you bring in New York people, come and see what we’ve got,'” he says. “John was impressed enough to say, ‘You’re right.'”

“When I came out there for the auditions, I was blown away,” Freedson says. “Not only did I cast the show completely with Kansas City people, I could have cast it twice. The Kansas City production was one of the best we’ve ever had.”

That first production was scheduled to run three months; it ran eight. It featured Deanna Hirst and K.C. Helmeid, both of whom have since moved away from Kansas City, and two who have stuck around: Lori Blalock and Don Richard (though Richard is currently on the road with the Sunset Boulevard tour).

Blalock says she was thrilled to be part of the team that proved Edelman right. What started on the small Quality Hill stage has propelled Blalock into the Forbidden family.

“Those gigs are very sweet,” she says. “I did the show for six months in Boston in 1996 and have done the industrials, where you fly in and do either a 45-minute version or the regular one with intermission. John’s a great person, and this has been a great opportunity.”

Although Heather Ayers has since left the New York production for a Guys and Dolls gig in Texas, she and Becky Barta co-starred at the Stardust Theatre at 51st and Broadway for all of January and some of December and February.

“I definitely have familial ties with these people,” Barta says. “I was in the second Kansas City production with Barnett and have done it off and on since then — in Denver, Los Angeles, and now here (in New York). I guess I’m in the loop.”

Ayers had understudied the show in Kansas City and got to perform it three times.

“Because I had gone on in Kansas City, I had it (the show) on my résumé for the audition here,” she says. “I would say the show requires good actors, good singers, and good comics. There are a variety of people who can do this show; everyone has their niche.”

Freedson says there’s something about the Kansas City crew that is very appealing.

“Probably because life is so nice there, they are incredibly easy to work with. They carry less baggage,” he says.

“Whenever I cast the show now, I make sure Kansas City people are (considered) and I push for them. There’s a huge wealth of talent there.”