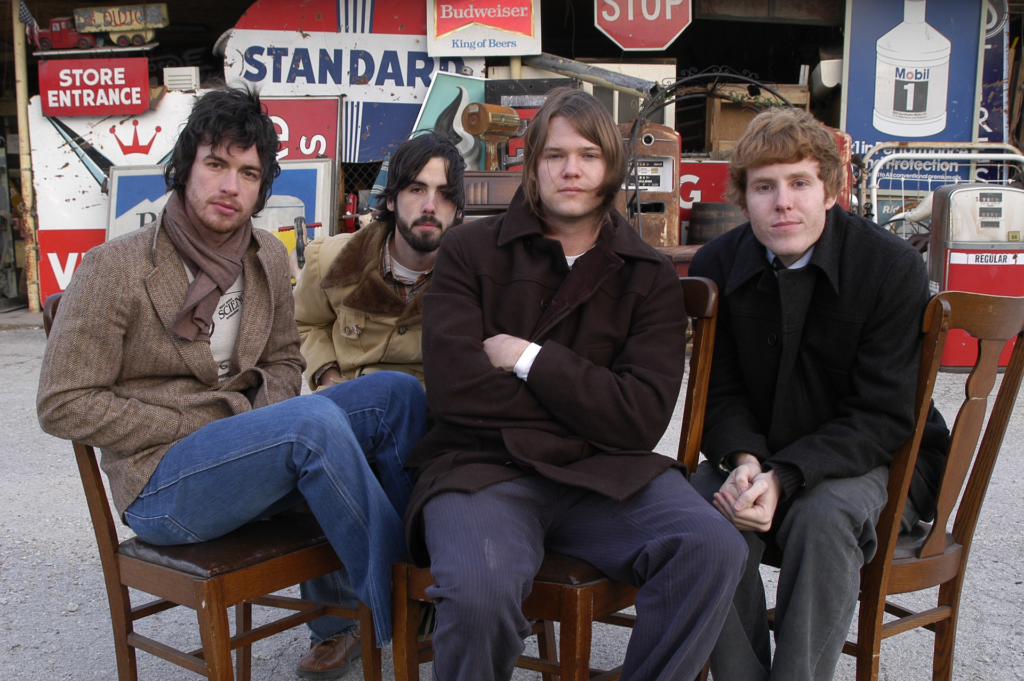 Brian Roberts is gonna be pissed if John McCain steals this election.

The lead singer and guitarist for Ha Ha Tonka has been without health insurance since he had a cancerous tumor removed at the ripe old age of 21. There are plenty of insurance companies that will gladly cover him — for the low, red-white-and-blue price tag of $1,200 a month.

Thus, the self-employed musician finds himself aligned with the Obama camp.

“The fact that the Republicans don’t even address the fact that millions of Americans are without health insurance just boggles my mind,” he says.

Roberts vents his frustrations in the song “Cure for the Common Cold,” delivering the line I just don’t suggest getting sick in America with the same urgency and deep-chested conviction he applies to the other nine songs on Buckle in the Bible Belt. Released by Bloodshot Records a year ago this month, the album is probably the best thing to come out of the Ozarks since Silver Dollar City.

Check that — it’s the best thing.

Ha Ha Tonka’s Ozark roots can be traced to West Plains, Missouri, a town of 10,000 near the Arkansas border that lays claim to Porter Wagoner and Dick Van Dyke. Three of Ha Ha Tonka’s members — Roberts, drummer Lennon Bone and bassist Lucas Long — grew up there before bolting to Springfield to attend Missouri State University. There, they formed a group called Amsterband, playing house parties and weekly three-and-a-half-hour sets at a local bar called the Abyss.

Like many fledgling bands in college towns, the group played its share of Beatles, Coldplay and Silverchair covers.

“I can’t remember exactly when we started playing things besides covers,” Roberts says. “We never thought at that time that it was going to be a career. We were having a good time in college and getting free drinks.”

Roberts says that the addition of Lee’s Summit native Brett Anderson on keyboards and second guitar inspired the group to get more serious and start touring. They also received support from Big Smith’s Mark Bilyeu, who released Amsterband’s first LP, Beatchen, on his MayApple Records label.

“We still view Mark as a mentor and musical guru,” Roberts says.

After self-releasing Buckle in the Bible Belt in 2006, the group received another jolt of encouragement when Bloodshot Records came aboard in early 2007.

“As far as marketing an act like us, they know exactly what to do,” Roberts says. “It’s indie rock mixed in with Americana, and they definitely know how to push that. I love the Old 97’s, but I would just say they’re a rock band.”

Like the Old 97’s, Ha Ha Tonka works a penchant for hooky jabs of electric guitar and driving rhythms that sound like trains hurtling dangerously around sharp curves. The difference is Roberts’ boisterous voice, a rustic holler that Bloodshot probably heard as the second coming of Bobby Bare Jr. With a supporting cast of gospel singers, the group’s four-part harmonies on songs such as “St. Nick on the Fourth in a Fervor” sound something akin to a tent revival at a Guided by Voices concert.

In addition to religion and health care, Buckle in the Bible Belt tackles Ozarkian hot-button topics such as patriotism (“St. Nick”) and meth addiction (“Up Nights”).

“We definitely know people who have been incarcerated or spent large portions of their adult lives wrapped up in addictions,” Roberts says. “You have to talk about what you know, and our songs just happen to be about crazy preachers and methamphetamine use.”

Rather than call out particular individuals, Roberts prefers to collect stories and create fictional characters who embody aggregations of twisted traits. He also mines regional folklore on “Caney Mountain,” relating the tale of a mob tracking down a cold-blooded killer.

With such Ozark pride bursting out of their belt buckles (the group is also named after a state park), it’s easy to see why Ha Ha Tonka still claims Springfield as its home base, even though Long recently moved to Chicago and Roberts followed his girlfriend to Santa Barbara, California. By the time the group hits the studio this winter, Roberts may even have a new regional muse.

“I don’t think the California well is dried up,” he says. “There could still be a whole album of California-titled songs. Just look at the Red Hot Chili Peppers.”

And if he can’t get himself some health insurance, maybe he can apply for access to a certain leafy remedy.