For Better or … Better 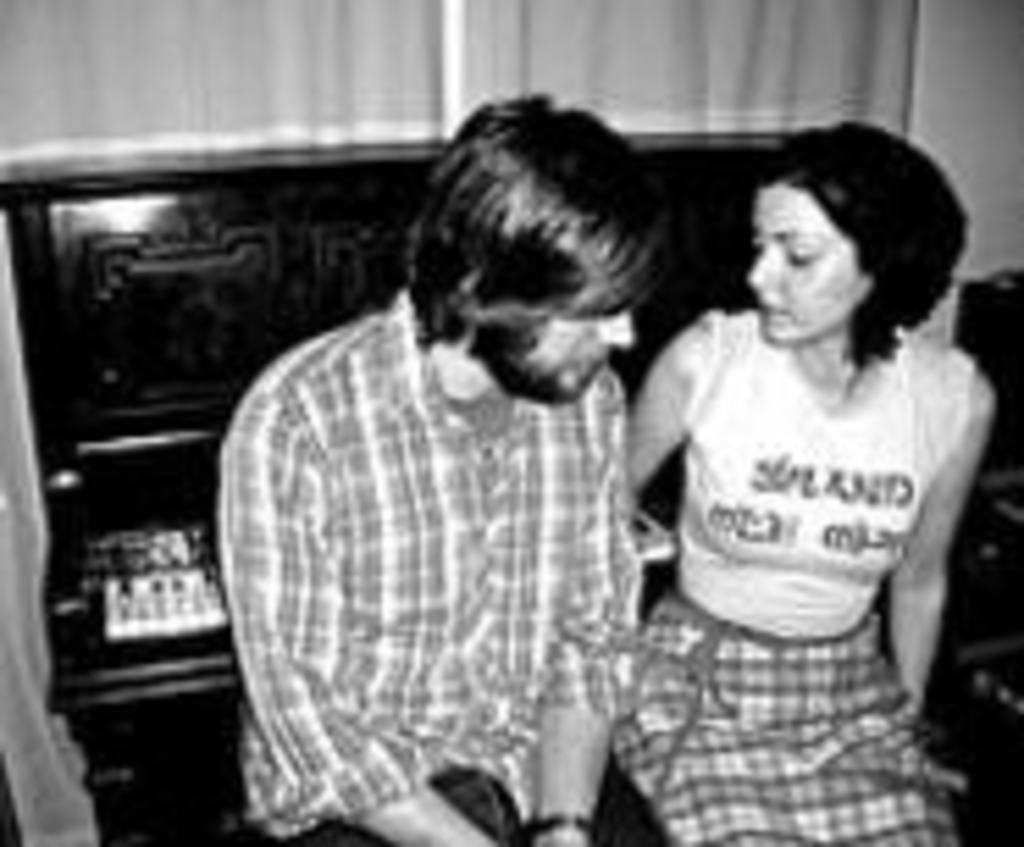 Kevin and Anita Robinson — the husband-and-wife team from Portland, Oregon, who make up the indie-pop band Viva Voce — are bickering violently, mere seconds into our phone conversation. Anita has tossed her Nokia onto the dashboard of the tour van in disgust, but I can still hear them shouting at each other.

“I can’t believe you spent the money we made from last night’s show on hookers and blow.”

“You’re a horrible human being! I want a divorce!”

“Yeah, well, I hate you, and if it wasn’t for being in this band, I would have split long ago.”

OK, I made all of that up, except the part about the pair calling in from the road — Viva Voce has just embarked on yet another lengthy national jaunt. In reality, the duo — intertwined musically and romantically since the mid-’90s — is no Sonny and Cher, no Sam and Janet, no Jack and Meg. The way they both gush about each other as they pass the phone back-and-forth during our hourlong chat, you’d think they were the most blissful twosome who ever vowed to love, honor, cherish and rock out together till death do them part.

“Do people really want to read about a happily married couple doing anything?” Anita says, alluding to the public fascination with music’s infamous matrimonial wrecks. “I know that people assume we must fight a lot and that being in a band together is hard and full of tension. But Kevin and I have loads in common, and we get along great. And we’ve always been doing this kind of stuff — playing shows and driving places and meeting new people — ever since we’ve been friends, then girlfriend and boyfriend, then married, so we don’t really know anything else.”

“We have a pretty amazing bond,” adds Kevin, noting that the usual stresses of being a DIY outfit are eased by their union. “She’s incredible. None of this would work if either one of us was miserable all the time.”

So, yeah, at this point you might be gagging on all the love, but rest assured that Viva Voce’s recently released gem, The Heat Can Melt Your Brain, isn’t as sickly sweet as the icing on a wedding cake. Even the most joyous relationship endures its share of sadness and trepidation, and the disc reflects a wide range of emotions.

There’s a slight twinge of anxiety in Anita’s honeyed coo when she sings the Keep your head up/Things are all right refrain of “Lesson No. 1,” as if she’s still trying to convince herself that that’s the case. She sounds similarly vexed in “The Lucky Ones,” which plays like a Spinanes song intersected by the kind of reverbed guitar skronk Dean Wareham used to lay down back in his Galaxie 500 days.

The swaying duet “Mixtape = Love” comes across less like an ode to a giddy crush than a melancholy rumination on miscommunication between lovers. And in the stunning “The Center of the Universe” — which blends keyboards and guitars that alternately soothe and burn — Kevin sings, In the center of my heart is a beautiful girl/One tear from her face could destroy the world/It’s the only thing that gets me down with enough bittersweetness to break your heart.

And whereas Heat is sonically reminiscent of studio-obsessed artists such as Pink Floyd, ELO and the Flaming Lips, it was made hella cheap on absurdly modest gear in the Robinsons’ old house in Portland (where the couple moved from Nashville after growing up in Alabama). Both played the dozens of instruments that appear on the album, including a handsaw, electric kazoo, timpani and a ratchet.

“We basically just tried to use every inch of the space we have as far as tracking and just trying different little experiments to avoid getting bored or following some routine,” Anita says. “Doing it at home allows us that luxury, since you don’t have to worry about the money.

“I grew up with this romantic notion of the studio,” she continues. “Like these bands in this big room all playing together and everyone behind the scenes being so into it and really caring about the music. But it’s not really like that. You get a guy who doesn’t really care about your band. He gets paid by the hour. Overall, I think a band should really enjoy what they’re doing, you know? It’s way more fun doing it at home, just the two of us.”

The Robinsons don’t get sappy onstage, either. They’re too busy turning the Viva Voce live show into a more raw and intense experience than you might anticipate from the album, but one just as distinct: Anita will dig into her double-necked Danelectro guitar with Jimmy Page bluster and Kevin Shields blur while her equally adroit husband has his hands full pounding the drums or manning samplers and keyboards or an acoustic guitar.

“You see bands and it’s just boring … the stage moves and the banter between songs gets predictable,” Kevin says. “So we’re always trying to find different ways to engage people and keep them interested. You want them to leave feeling like they got more than just seeing some rock show.”

“Our personalities tend to be pretty mild,” Anita adds, “but we are also no-nonsense and have a lot of energy as far as the playing goes, so when we get onstage, it’s time to let it rip.”

So don’t expect any long, googly-eyed gazes between the two. Just the occasional glance and half-smile will be enough to tell you that the Robinsons are feelin’ the love.

“We work really well together,” Anita says. “It’s exactly the kind of thing I’ve always wanted to be a part of, and I’m really glad it’s worked out this way. I’m blessed. I don’t take it for granted, and I don’t ever want to mess with the chemistry.”