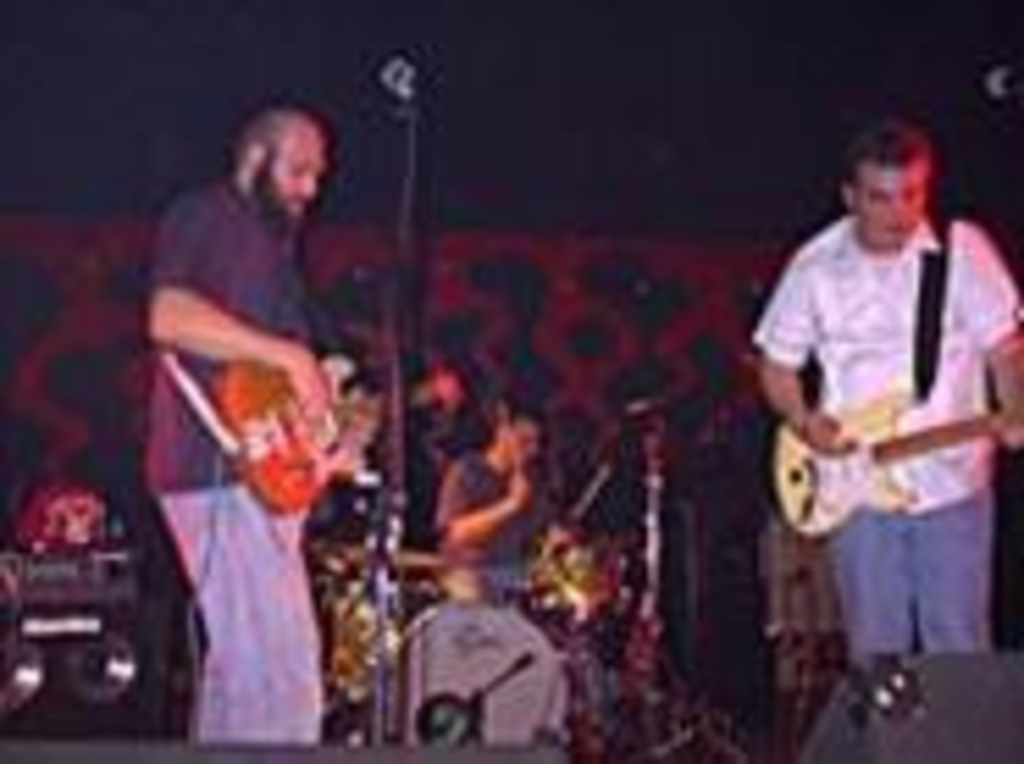 Few tools in the world are as obscure as the Brannock device, that flimsy metal contraption used by Al Bundy and shoe salesmen everywhere to determine foot size. And that name, The Brannock Device, is a perfect fit for one of Kansas City’s unique bands. Actually, about fifteen to twenty years ago, there were a lot of groups like this — bands inspired by the Minutemen and Camper Van Beethoven that were ready to see big rock die. But recently, acts such as The Brannock Device have become as overlooked and undervalued by the consumer as the foot gauge that shares the group’s name.

However, professional musicians and critics have followed the shoe salesman’s path, learning to appreciate The Brannock Device not only as a labor-saving tool but also as a subtle and complex work of art. That’s why the band’s first formal release (1998’s dynamic seven-song EP Where the Hell Is Johnny Vic?) garnered such praise from the local music community. It’s also why The Brannock Device’s competition (if there is any) should pay heed when they hear previously silent drummer Bernie Dugan say this about the group’s upcoming full-length, The Turtle Has Got It Made: “I think it’s a much better record than Johnny Vic.”

The reasons Dugan provides for the band’s improvement in the two-plus years since the release of Johnny Vic range from the ubiquitous (“We’ve grown more as a band”) to the obvious (“There’s more songs on this one”) before landing on the real culprit (“The recording environment was fantastic”). The comfortable recording environment in question happens to be the bedrooms and dining area of the band’s house, but The Turtle sounds more state-of-the-art than homemade. As with its previous effort, the group recorded all its songs onto a 16-inch reel-to-reel tape instead of the typical minimalist four- and eight-track format preferred by most record-at-home bands. After admitting this technical choice aids the sound quality, Dugan waxes poetic about the comforts of home (recording).

“Recording in a house is much easier and much less stressful than recording in a studio,” he says. “I could always have my drums set up and tuned right instead of messing with them for three hours before I record in the studio. Basically, I could come home from work, slap up a few mic stands and be ready to go.”

That’s all fine and good, but all this conjecture about the art of home recording fails to capture the real reason The Turtle Has Got It Made will become an immediate contender for local record of 2001 upon its spring release.

“We wanted the album to sound like how we sound,” explains Dugan, “not like it would sound if we were stuck in some studio recording for someone else with all their production tricks and stuff, coming in and telling us to play with a certain drum clip so the tempo was right. If someone did that, we’d take that clip and tell them where they could shove it.”

After six-plus years of working out the kinks, getting day jobs and degrees, and starting families, the members of The Brannock Device have a damn good band, albeit a band that, for the aforementioned reasons, will never really have the opportunity to tour and expose the rest of the country to its warped rock sounds. Because of those same responsibilities, its members make music for the right reasons, which is probably what makes the band so good in the first place.

“After six years, this is documentation for us as a band,” Dugan says. “We’re past that stage where we’re going out to tour and think that we’re going to become big rock stars. The most we could (tour) right now is to take a long weekend that would get us down to Texas and back, and that’s not going to do a whole lot. We make music to satisfy ourselves, and not some concept of what might or might not be popular.”

The Brannock Device, on the other hand, defies logic by discussing popularity’s fickle finger without fitting into either accepted category — and its members aren’t afraid to admit it. “Honestly, I don’t think we would still be together six years later if we were a younger band that worried about what we played and did the whole write/record/tour cycle,” Dugan confesses. “I don’t think I was mature enough as a musician or a person to handle something like that back then. A long time ago we opened for a touring band — actually, we never opened for them, because they never showed up. The two lead guys got in a fight, and one of them took all the money and flew home. That’s always what I sort of figured would happen if we tried to hack it on the road. Now, though, and I hope I’m not jinxing myself by saying this, but I can’t see us not still playing music together in five or six years.”

If they are, they’ll still be getting better. As that saying goes about turtles that have it made, slow and steady wins the race.