FooDoo casts a spell on the Uptown neighborhood 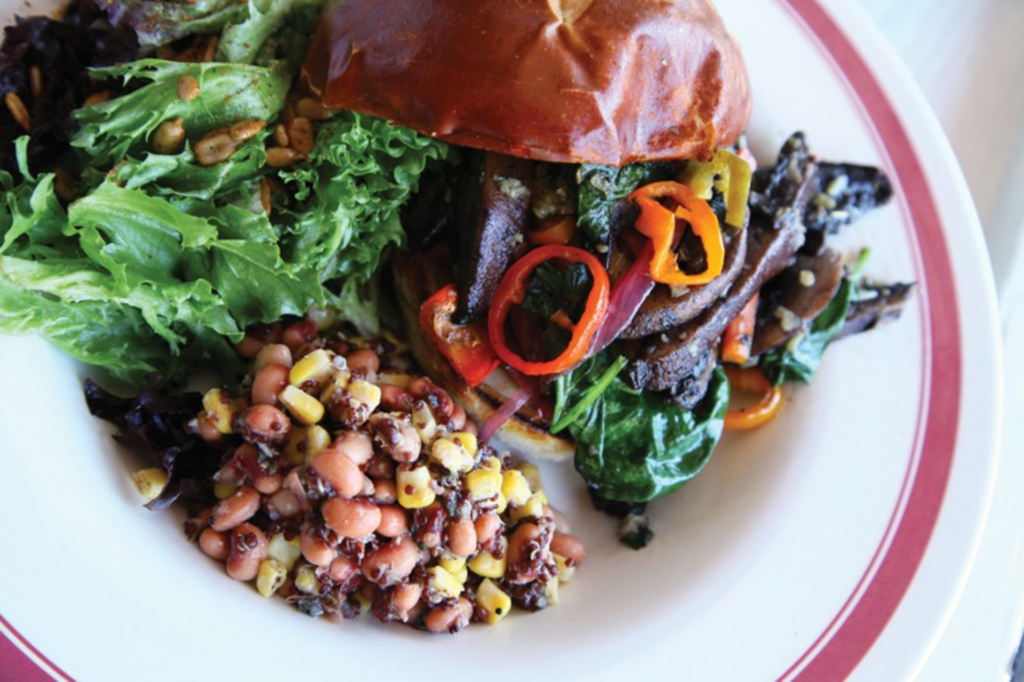 There’s a lot to see – and taste – at FooDoo, the two-week-old vegan café and juice bar along Broadway in the burgeoning Uptown neighborhood.

Rows of tribal masks line the walls. A shiny gold Buddha grins in a corner. Mismatched light fixtures glow in shifting, neon colors. The eclectic space feels like a funky New Orleans hideout, the kind of neighborhood dive in which it’s neither day nor night – making the restaurant’s name an apt bit of wordplay.

The Big Easy comparisons stop there. The most striking element of this so-called “earth café” is the gorgeous spread of fresh fruits and vegetables on the bar. Chef-consultant Bryan Merker (Nica’s Lagniappe, the Bite, Beignet) creates juices and smoothies with everything here – like broccoli, jalapeños, strawberries and lychee.

Merker, who is known for his Cajun cuisine, and chef Carlos Mortera also bring a little spice to their all-vegan, mostly gluten-free menu.

FooDoo has come a long way in a short time. The small storefront, at 3605 Broadway, was previously occupied by Chinese restaurant Mr. Good Chicken, and Merker has remodeled the place to capture FooDoo’s Southern vibe.

FooDoo is the latest change in a neighborhood with an influx of new businesses. The Broadway Jazz Club opened on the block late last year in the former Outabounds bar, and Hamburger Mary’s and Comedy City are also planning to relocate to the area.

Merker’s vision for FooDoo is a lunch spot for office workers as well as a regular dinner place for people who live in the vicinity – and more folks will be living nearby with the apartment and condo renovations taking shape. He believes that the area will become an extension of Westport, and he plans eventually to extend his weekend hours.

“I want it to be the kind of place you can come once or twice a week,” Merker said.

The evening that I visited, Merker was rushing from dining room to kitchen and back, trying to work out last-minute kinks before officially opening the following day for lunch. His forehead was glistening with sweat when he paused to chat with me and my boyfriend before we ordered.

With a grin on his face, Merker produced a stunning pink dragon fruit from behind the bar. He added that he had spent the week eating everything prepared from the café’s Nutrifaster juicer. 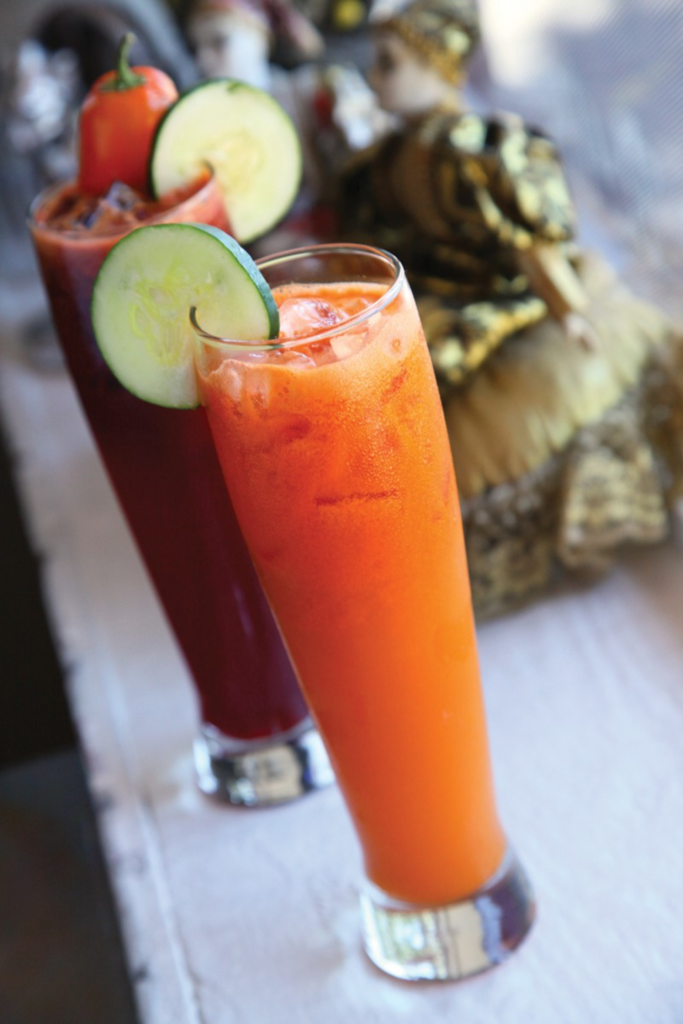 “It’s better than coffee,” he boasted.

Wanting to try a little of what Merker was having, my boyfriend and I ordered “Ridin’ High,” a somewhat-too-tart pink juice made with strawberry, lime, pineapple and mint; and “Haze of Love,” a smoothie with banana, pineapple, orange, mint, ground flax and honey.

I added the herb maca, which supposedly functions as an aphrodisiac, to my smoothie. (Other add-in options include matcha, chia seeds and spirulina; if you’re confused, the servers are eager to explain what these things do.) I sipped my subtly sweet drink and waited to see if I felt anything.

For dinner, we tried the “Maple Fu,” an attractive dish made with smoked tofu, maple whiskey, spinach, portobello mushrooms, sun-dried tomatoes, caramelized onions and red quinoa. The tofu was savory and smoky, and the mushrooms tasted like they had been roasted over a campfire on the most epic day of summer. The tomatoes added a desirable bit of sweetness.

The tame flavor of the Bolognese, made with vegan soy-protein Italian sausage, was less exciting by comparison, but my obligate carnivore boyfriend still ate the whole thing. The sea-salt-wilted greens on the side were flavored with garlic instead of butter, and the broccoli was just crisp enough.

The real star on the menu was the griddlecake made with coconut curry: warm and crispy on the outside and smooth on the inside. It’s topped with roasted beets, wilted greens, baby bell peppers, spicy “kamikaze” aioli, and dried blueberries, creating a surprising, multidimensional medley of flavor and texture.

Dessert was sea-salt-caramel bread pudding made with soft pretzels and topped with a Grand Marnier drizzle. It was warm and so rich that I was glad we decided to share.

As for the maca in that smoothie: I wasn’t sure I was feeling the love.

But as we walked out the door, my boyfriend summed it up: “I feel good.”