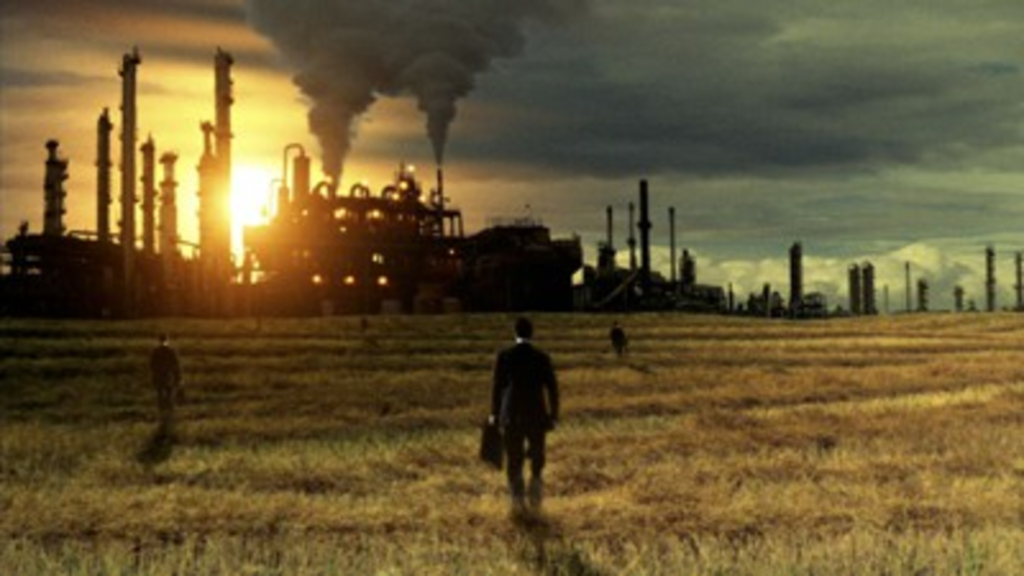 Anyone who has read The Omnivore’s Dilemma or Fast Food Nation will experience a strong sense of déjà vu as the film Food, Inc. unfolds. That’s because many of the case studies used in this dark look at how Americans’ food is produced came from those books. Authors Michael Pollan and Eric Schlosser appear throughout the film as talking heads, their placid and jovial manners sometimes undercutting the shocking nature of the material presented in Robert Kenner’s expertly crafted documentary.

Indeed, there’s nothing jovial about the mother whose 2-year-old child dies, hemorrhaging profusely, just days after eating an E. coli-tainted burger. Turns out the government — and the feedlot management where the contaminated beef was believed to have originated — had known about the E. coli contamination for months but did nothing. Kenner ramps up the pathos by intercutting footage of the dead child in now-creepy home movies, and we follow his Republican mom as she testifies before endless investigative committees, which predictably talk a lot and accomplish little.

Some tragedies are not as explicit. We see an Indiana gleaner, with his rattletrap machine, making his way from farm to farm, pursuing the age-old career of scavenging seeds from agricultural detritus so the farmers can plant them the next year. And then we see chemical giant Monsanto hectoring him until his business goes bust, claiming that his activities challenge the so-called intellectual property rights for their genetically engineered seeds, which have contaminated fields all over the state. Once again, the director artfully intersperses the episode with bureaucratic theater, grainy black-and-white shots of the legal-discovery proceedings, in which the chemical giant forces the pitiful codger to “out” the farmers who are his customers, as if they were all criminals.

In between these sequences are aerial shots of fields and feedlots, giving the film a pastoral feel, even though one of Kenner’s central points is that our romanticization of farming prevents us from seeing how it has become a malevolent corporate venture. The film dates the downfall of American farming to the debut of fast food in the 1950s and to the government’s agricultural-commodities legislation that encouraged companies such as McDonald’s to spread around the globe.

The business of food is a vast topic, so perhaps necessarily some pertinent issues are barely addressed, such as the connection between fast food and the current obesity epidemic (read Fat Land by Greg Critser or watch Morgan Spurlock’s Super Size Me). Still, we do meet an overweight family whose patriarch suffers severe diabetes, and the cost of his drugs (more than $200 per month) prevents the family from eating anything but fast food.

Some of the film’s scariest moments fall in X-Files territory, like the hidden-camera footage of snorting pigs stampeding in a too-small shed or the nightmare vision of unrecognizable offal being pulled skyward by a conveyor belt. Despite occasional episodes of spiritual uplift, the film cultivates a feeling of paranoia as it progresses, so that none of the printed nostrums flashed over the final credits (“You can change the world with every bite”) can dispel the notion that we and the Earth are permanently and irretrievably fucked.