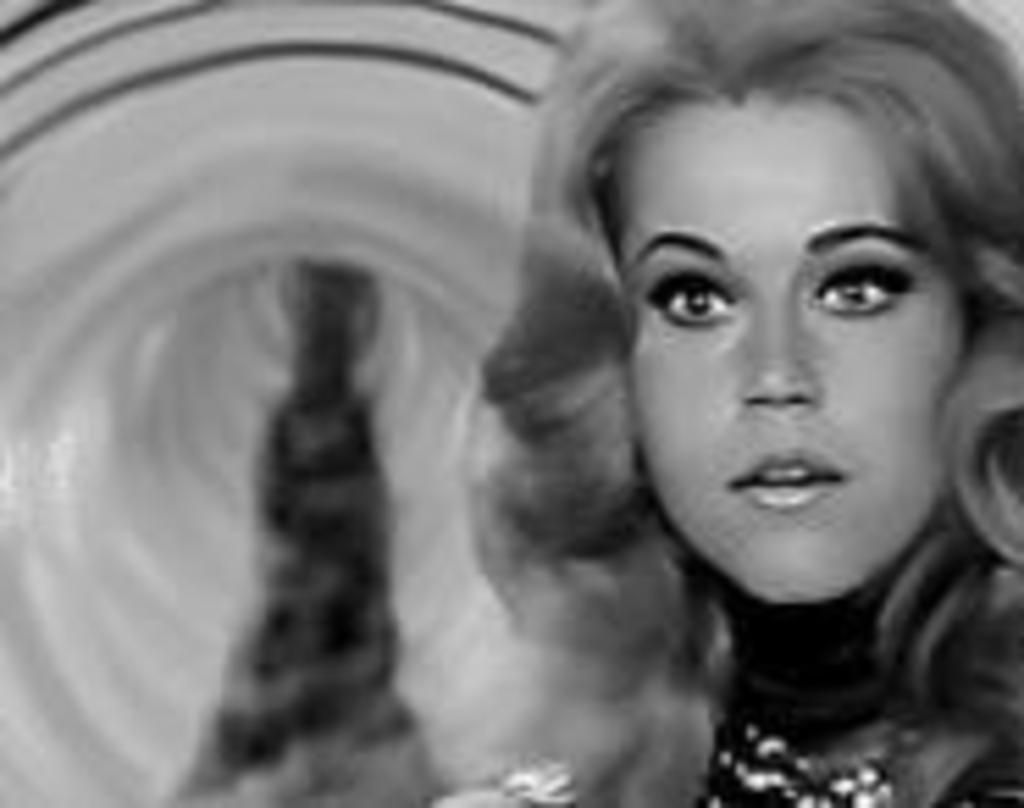 TUE 4/19
Jane Fonda‘s metamorphic movie career might as well be a time capsule showing how the film industry — and the country — has changed over the past 45 years. Fonda’s onscreen history starts with cheeky, early-’60s comedies (Period of Adjustment) before moving on to sexually ambitious alternative universes (1968’s Barbarella), utter despondency (Klute and They Shoot Horses, Don’t They?) and politically savvy multiplex pleasers (The China Syndrome and Nine to Five). And if the trailer accurately reflects her first movie in 15 years, Monster-in-Law, audiences will see a woman in her sixties who’s as sexy as she is comedically skilled. Fonda’s memoir, My Life So Far, was released earlier this month with a media blitz that began on 60 Minutes and continues Tuesday with a 7 p.m. appearance at Unity Temple on the Plaza (707 West 47th Street), a Rainy Day Books-sponsored event. As she does in the 600-plus-page book, Fonda will talk about growing up in a Hollywood dynasty, feeding on film and then rejecting it before coming out a winner. The admission price of $26.95 includes a copy of My Life So Far and two tickets to the event. Call 913-384-3126 for more information. — Steve Walker

Footloose
Get jiggy at Jilly’s.

FRI 4/15
Beth Sarver and Jeremy McConnell are raising money to conduct summer art programs for youth because, well, they love kids and they love art. But Sarver and McConnell also like to dance and have a good time. And though it’s good to involve kids in the arts, it would be really bad to bring kids anywhere near Shake Your Booty for the Community — what’s sure to be a liquor-lubricated, window-fogging, booty-grinding carnival of flesh from 9 p.m. to 1:30 a.m. Friday at Jilly’s (1744 Broadway).

On paper, the benefit is “for the kids,” but with DJs and drummers to steer the party, it’s actually for the adults on the dance floor. Spinning the platters that matter are DJs TommyLift, Hylanda and Sista Lynne. Bringing the gift of syncopation are members of Djembe Kaan, a traditional African percussion group. Admission is $5 at the door. For information, call 816-221-4977. — Michael Vennard

Poet-Tree
The voyagers of verse branch out.

SAT 4/16
Pablo Neruda, expelled from the Chilean Senate for his communism in the 1940s, wrote to express himself and to effect change in uncertain times. Now seems an appropriate time to remember the political power of poetry. Brooklyn-born poet and English professor Martin Espada discusses Neruda’s work and life at 2 p.m. Saturday at the Westport Branch Library (118 Westport Road, 816-701-3488). His free lecture, “The Redemption of Pablo Neruda,” is part of a two-year initiative by the Poetry Society of America and Poetry Branching Out, an effort to bring the genre to communities across the country. Kansas City is among the first ten cities on the list. For more information, see www.poetrybranchingout.org. — Sarah Smarsh

The University of Kansas’ Queers and Allies Pride Week kicks off with a kiss-in at noon Monday at Wescoe Beach, followed by a “queer perspectives” lecture by Tim Bergling at 7:30 p.m. Tuesday in the Jayhawk Room, a Kristie Stremel concert at 7 p.m. Thursday at the Hawk’s Nest, and a special Hedwig and the Angry Inch performance at 11:30 p.m. Saturday at the Granada. Call 785-864-3091 or see www.ku.edu/~qanda/pride for details. — Annie Fischer