There was not any wasted time at last night’s Midland dual-headliner show – Foals promptly hit the stage at 8:30, launching into a danceable and propulsive hour-long set that escalated to a chaos of lights and sound. Silversun Pickups followed for its own hour, charming the crowd and heartily complimenting Kansas City on its fifth appearance here since 2010. Each band played a crisp set, and the crowd happily lingered to the end (though Foals seemed to be a bigger draw on this night, likely due to their KC appearances being fewer and further between). 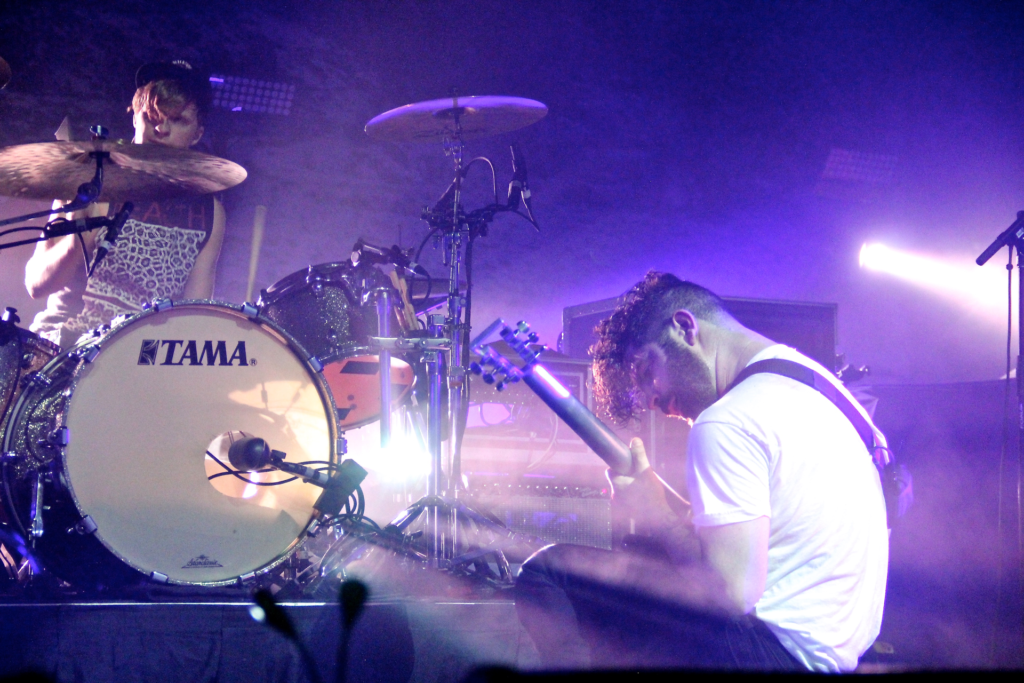 The house was warm and the floor was packed for England’s Foals, who bring a lot of range – occasionally sounding like Local Natives, Phoenix, and/or the Cure mixed with Arctic Monkeys’ speed. Most of Foals’ set was hooky and made for dancing, with driving and funky beats and bass lines topped with soaring guitars. The entire band is talented,  but the obvious star of the show is frontman Yannis Philippakis, who dominates the stage and commands the attention of everyone in the room with his extensive vocal range as well as with his body and manic energy. He makes a habit of venturing into his crowds, and did not shy away from this last night, twice climbing over the pit fence, allowing the audience to hold him up as he sang and thrashed on guitar. 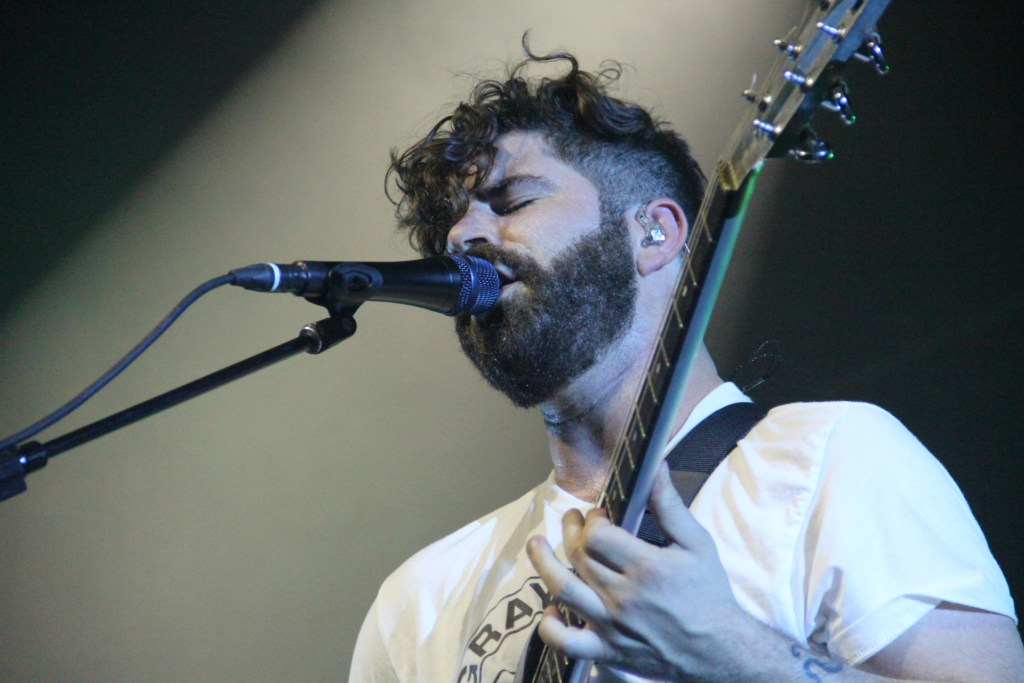 “You guys are very welcoming,” Philippakis said in his Oxford accent to the crowd about halfway into the set. “It’s that Midwestern cheer we keep hearing about. … Now. Here is one to get footloose and fancy free on.” The band then launched into “Providence,” one of the highlights of the night’s set. Philippakis’ vocals were adjusted to be a bit fuzzy and crackly-sounding, to match the pinging guitar lines. The crowd near the stage pogoed as the lights sputtered brightly and sprayed out to the crowd. The band broke the song down at least three times, letting the noise die down to a hum, before bursting back out into the hook for the audience that relished every explosion.

The band closed with its biggest and loudest song, “What Went Down,” which took Philippakis back out into the crowd, pumping his arms and screaming into the microphone even as he was being held up in the crowd. He’s incredibly exciting to watch, and none of that energy was lost on the crowd, which erupted at the song’s conclusion. Foals has earned its reputation for searing live performances. 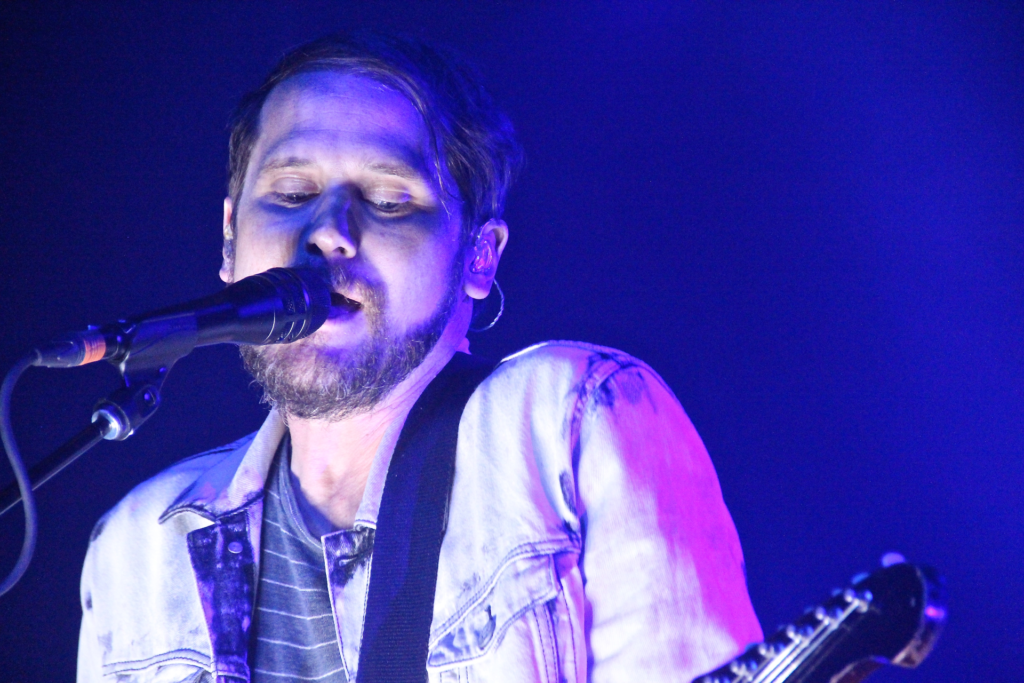 Foals are a very difficult act to follow, but after a 30-minute intermission, Silversun Pickups were quick to rope in its core audience. I haven’t seen Silversun Pickups live since the band first appeared in the area for a set with Viva Voce at the Jackpot in Lawrence 10 years ago. What was surprising is that the band’s performance has changed little.

Back in that tiny Lawrence venue, Silversun Pickups were out hard to win that crowd, and it did through humor, sheer will and a new single named “Lazy Eye.” They were at work that night, and it was a credit to the band’s success last night that they still work those instruments, and then work the crowd.

“We just can’t quit you, Kansas City,” said frontman Brian Aubert to a warm reception. “Thank you and your beautiful, beautiful city, which we love dearly.” The general KC love doesn’t seem to just be smoke either – Aubert and bassist Nikki Monninger had taken in the Nelson-Atkins Museum of Art earlier in the day, calling it in an instagram post “one of our favorite museums.” 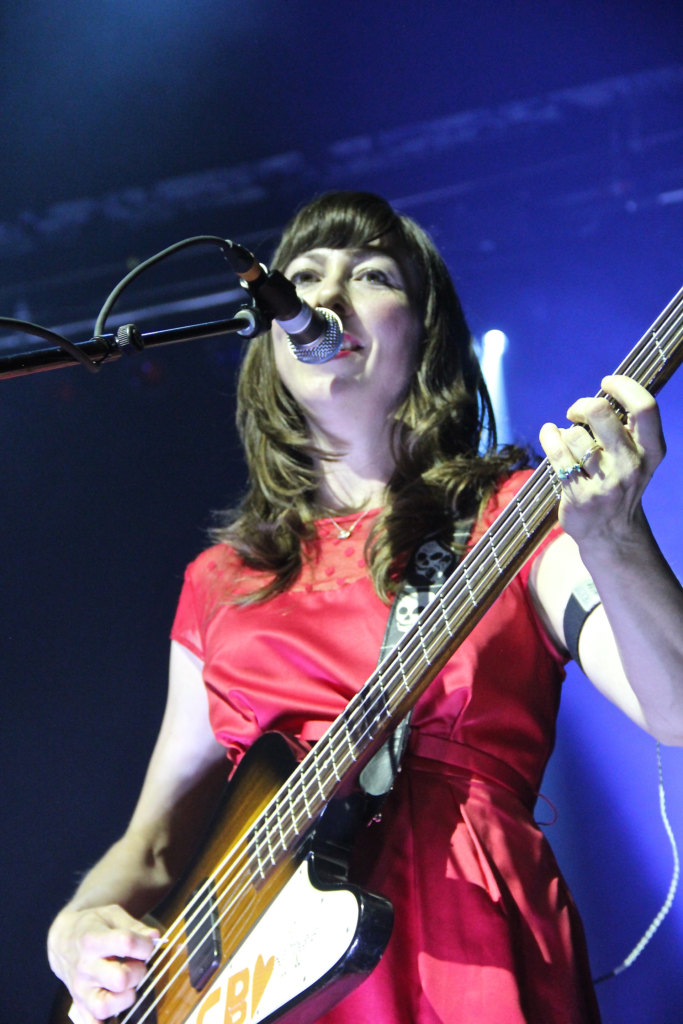 The majority of Silversun’s set came from the most recent release, 2015’s Better Nature, including a strong performance of “Nightlight,” its call-and-response lyrics beckoning the willing audience to throw themselves into participation. Other highlights included a bruising and guitar-heavy version of “Panic Switch,” and of course, “Lazy Eye,” which naturally drew a roar of approval from the crowd.

The band wrapped up a tight set there, but did return for a three-song encore, finishing with a shiny, hopeful performance of “The Wild Kind,” sweetly closing out a showcase of two of the college-rock world’s hardest-working bands. The whole night was clean, quick, and fun, and left me hoping that more of these types of co-headlining tours are to come in the future. 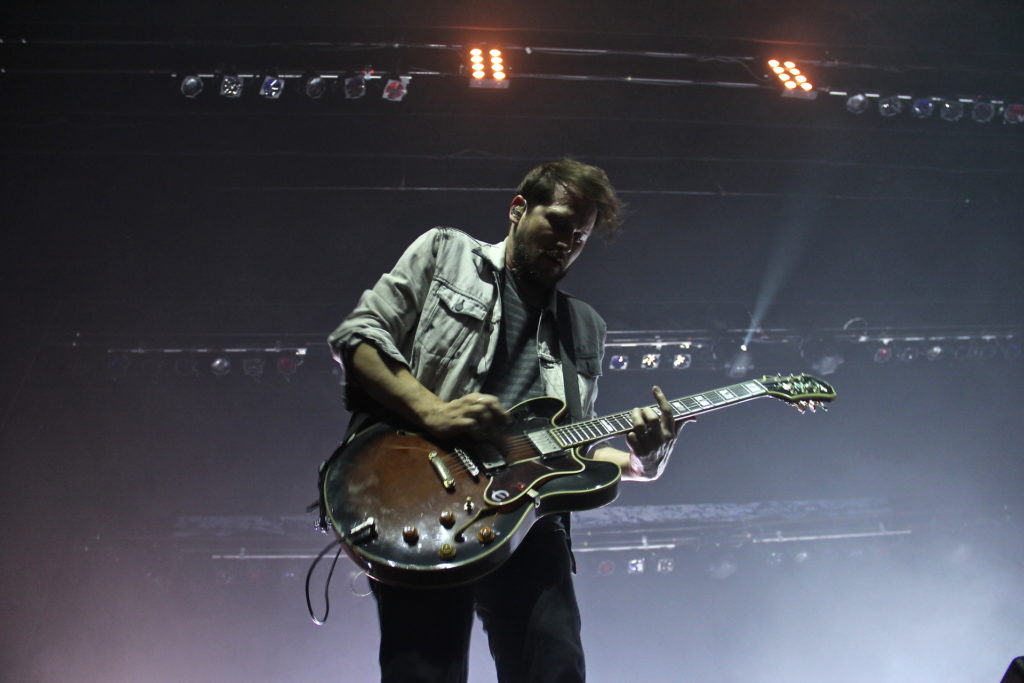 Mountain at My Gates