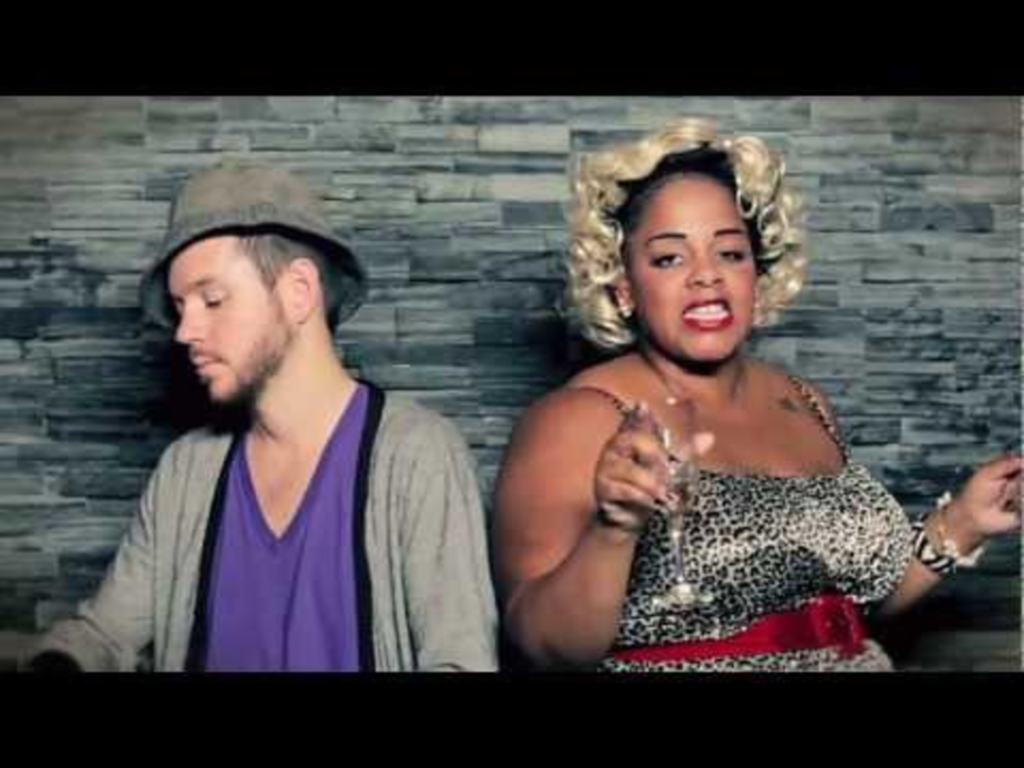 When Seattle’s Adra Boo and Mike Illvester first began making music together, they didn’t really have a plan. Their collaboration as Fly Moon Royalty was inspired by a mutual love for old-school hip-hop and funk more than by a drive to reach the masses. Four years later, that lack of focus has worked out just fine.

Boo and Illvester’s latest EP, Unfinished Business, boasts a collection of songs showcasing that multitude of influences. Boo’s voice is a robust instrument, perfectly suited to the throwback soul and funky rhythms that Illvester favors. Illvester goes from beats to mic on his share of tracks, too, where he lays down spry, energetic raps. Ahead of the duo’s Sunday night show at the Riot Room, we dialed them up in their hometown.

The Pitch: You guys have a pretty interesting sound – from one song to the next it often feels like an entirely different band. “DNA” and “Piece of Me” for example. How do you guys juggle so many different influences?

Illvester: Those two songs are on the same project but they’re two universes apart. “DNA” probably swings as far out as we’ve gone so far. It was just something different. A lot of times we can sit down and we both like really funky shit and we sit down to record something and flip it at the last minute. “Piece of Me” wasn’t originally going to sound like that either. In a lot of ways, we’re just two people who like the same type of music. It’s all Fly Moon Royalty – our basic requirements are energy and movement, and we like having the freedom to be able to experiment.

What are some of the qualities that are important to you guys as songwriters when you’re forming material?

Boo: It’s overwhelming to think about that – for all the artists that we love and the styles that we love, we’re not necessarily thinking about the details of the songs that we make. We just know that we like textures, and the way that I write is I say what I need to say. Never do we think of what a particular song needs to sound like, which is probably why we end up with such a variety. We like a variety of music. We grew up on a lot of different and classic sounds. I think our music is for people who love textured sounds – that’s what your mind is going to.

There are only two of you, but your sound is so rich and varied. You’ve each been in other projects, too, and other bands. Have there ever been any thoughts on expanding the partnership?

Illvester: Some of our shows – our local shows – incorporate these talented singers that we’re friends with. They’ve actually come and sang with us and performed with us. We’ve done more of that – adding performance rather than musicians. Some musicians have approached us, but I come from a hip-hop-rooted background and I have opinions. I’m a producer and I’m very protective of our sound and our craft. Sometimes when I see a live band try to reproduce a hip-hop album sound, it’s sad. I love live performance, but… like, if a drummer approached us, it’s like, we don’t really need a drummer. In a way, I’m the drummer, because I’ve spent a lot of time on that detail.

But we’ve discussed different things, different aspects. As far as the idea of expanding to a full band, we’re not there yet. Adra and I have a tight chemistry and a tight bond, and it takes a while to cultivate that. In the future, I definitely see the Fly Moon camp expanding, but in what way, I don’t know.

I’ve seen some live videos and you definitely put a lot into your performances. What is your goal for your audience when you’re presenting your material?

Illvester: A friend of mine was just telling me, “You know why I like coming to see you guys? Because you look like you’re having a good time.” And, you know, most of the time that’s true. Generally, even if we’re having a bad day – Adra and I, when you’re on tour, you can be just exhausted – but the moment you get on stage, we like what we do. Music makes us feel good. Getting to share with people that are excited about it, that feels good. Not knowing what to expect – sometimes that’s my favorite audience, when they don’t know what to expect from you and you totally get to bring it to them. That experience is totally inspiring.

Boo: We always think about it like: If I’m paying to come to a show, I want a show. If you come to one of our shows, you’re gonna get a show. We don’t mess around. We’re making music that we like, and if we like it, that’s gonna transfer through the music.

Fly Moon Royalty is at the Riot Room on Sunday, September 28. Details here.