Peter Strickland made you your favorite, open wide. 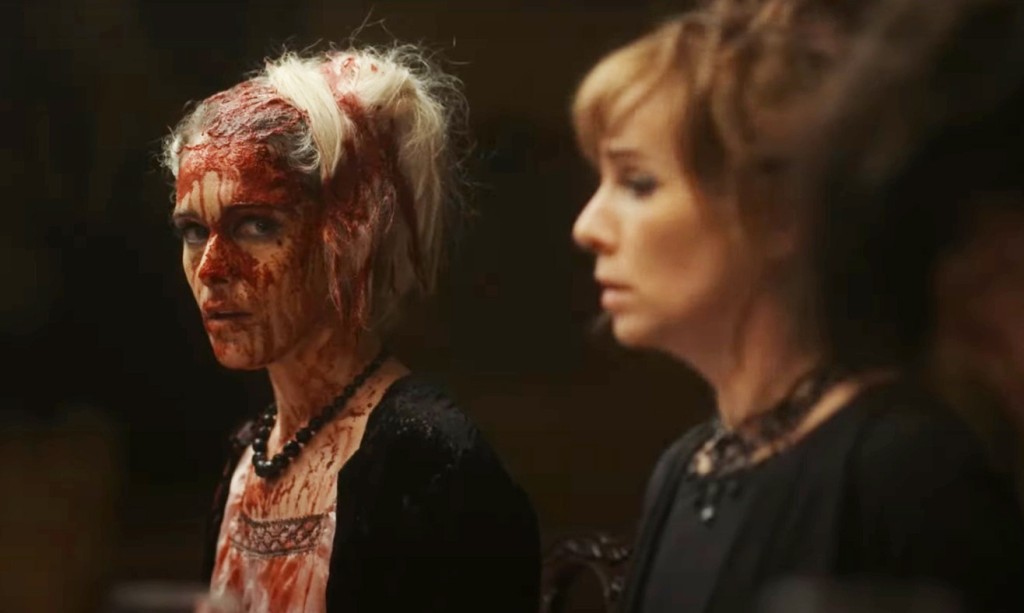 Peter Strickland is one of those directors you get passionate about to your friends, only to have said friends watch one of his films and go “huh?” Like many of the best weird directors, Strickland operates on a very specific aesthetic wavelength that most appeals to people who share his same proclivities. It’s part European arthouse and part Giallo, filtered through a distinctly British absurdism. Imagine the Garth Marenghi’s Darkplace crew taking a stab at The Bird with the Crystal Plumage, with a score by Belle and Sebastian.

It helps to have all this in mind ahead of time, so when you watch Strickland’s latest film Flux Gourmet at Screenland Armour or on demand (which you should), you have an idea of what to expect. You’ll get heightened visuals, outrageous costumes and bizarre characters, as well as clever commentary on the creation, consumption (literally) and criticism of art. You’ll also get a lot of fart jokes and stories about hot lunch ladies, delivered with deadpan sincerity. If that’s your bag, you’re in for a wild ride. If not…well, I’m sorry you hate fun, I guess.

Flux Gourmet takes place in the world of “Sonic Catering,” a performance art medium combining sound and food—think about it like David Lynch doing kitchen-related ASMR. An unnamed artistic collective, led by Elle di Elle (Fatma Mohamed), a controlling “visionary” with no technical skills, has secured a coveted residency at the Sonic Catering Institute. The collective’s life and work at a large country estate is overseen by enigmatic director Jan Stevens (Gwendoline Christie, dressed like a real-life Edward Gorey illustration), and documented by journalist Stones (Makis Papadimitriou) whose work is complicated by his own gastrointestinal distress.

As the group’s time at the institute continues, a tension grows between Elle and Jan over Jan’s increasingly passive aggressive feedback. Elle’s toxicity also creates a rift between her and her bandmates, Billy (Asa Butterfield) and Lamina (Ariane Labed). On top of the performance anxiety and arguments, the collective is also plagued by a rival group called Mangrove Snacks (they do awful things to terrapins) who keep sabotaging their work. Friction grows, allegiances—and bowels!—shift and jealousy festers until the whole dynamic boils over in a gloriously icky display of food and effluvia.

Flux Gourmet’s surface-level weirdness is a fun enough space to live in for a couple of hours, but it’s also a knowing satire about how we make and engage with art. The film’s central collective is a nod to a similar group Strickland himself was once part of, but it also makes metaphorical sense that their art involves the creation and consumption of food (and, in one memorable instance, what happens after said food has been consumed). Stones’ documentation of the group and his digestive problems also create a curious stand-in for the critic as an audience member; curious about the creative process, but forever unable to directly participate.

It’s not always easy to make a movie about making art, but Flux Gourmet’s inherent absurdity serves it well, acknowledging industry dynamics and in-jokes without ever feeling insular or shop talk-y. This is a freaky little film for art nerds who like going to modern art galleries and alienating their friends and loved ones at performance art warehouse shows. It’s also for anyone who loves moody art movies that leave you with more questions than you came in with. Movie weirdos are welcome to eat their heart out. If that’s not you, there’s always Thor: Love and Thunder. 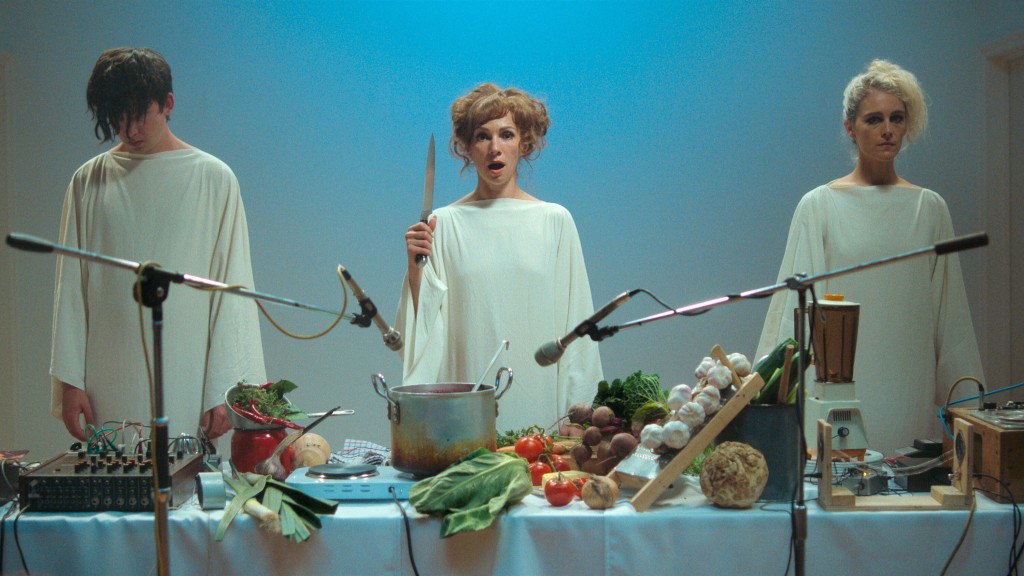