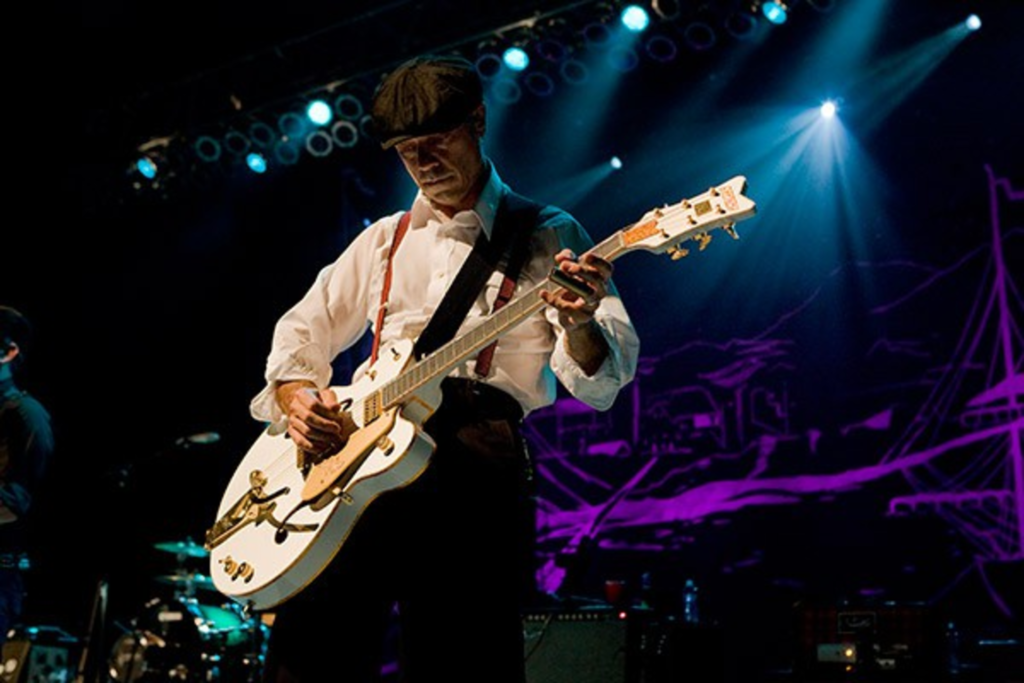 Flogging Molly’s Green 17 tour has been a staple of St. Patrick’s Day festivities all across the country for the past decade. The Celtic punks have made it so 17 cities could celebrate with their favorite band. This year marks the 10th anniversary of the tour and, it appears, the last. Flogging Molly’s guitarist Dennis Casey spoke with us by phone from the road about how the tour came to be, and whether we can expect a new album anytime soon.

The Pitch: How did the Green 17 Tour start?

Casey: The whole impetus for it was, everyone wants you to play in their hometown for St. Patrick’s Day. You can’t do that in one day. We tried. Boy, in the beginning, we used to really wipe ourselves out. The most we ever did was three shows: one in L.A. and two in Arizona, and it was just insane. We were like, “Why not just make a tour around it?” We decided on a name and decided to make a tour around it.

It’s obviously been well-received, considering this is your 10th year doing it.

Yeah, it’s one of those things. I’m proud of it, you know? We’ve been doing it for 10 years, and it’s still going strong. I can’t say much more about it. We’ve made so many friends, and it’s been a wonderful experience. But, I mean, to look at it being a success, there’s so many different levels of how we would define that, and I would agree with you that, on many levels, it is a success, besides just ticket sales.

Well, yes, in terms of longevity and the fact that everyone gets a chance to celebrate St. Patty’s Day with Flogging Molly, even if it is a little early. Are there any special plans for this t0th-anniversary tour? 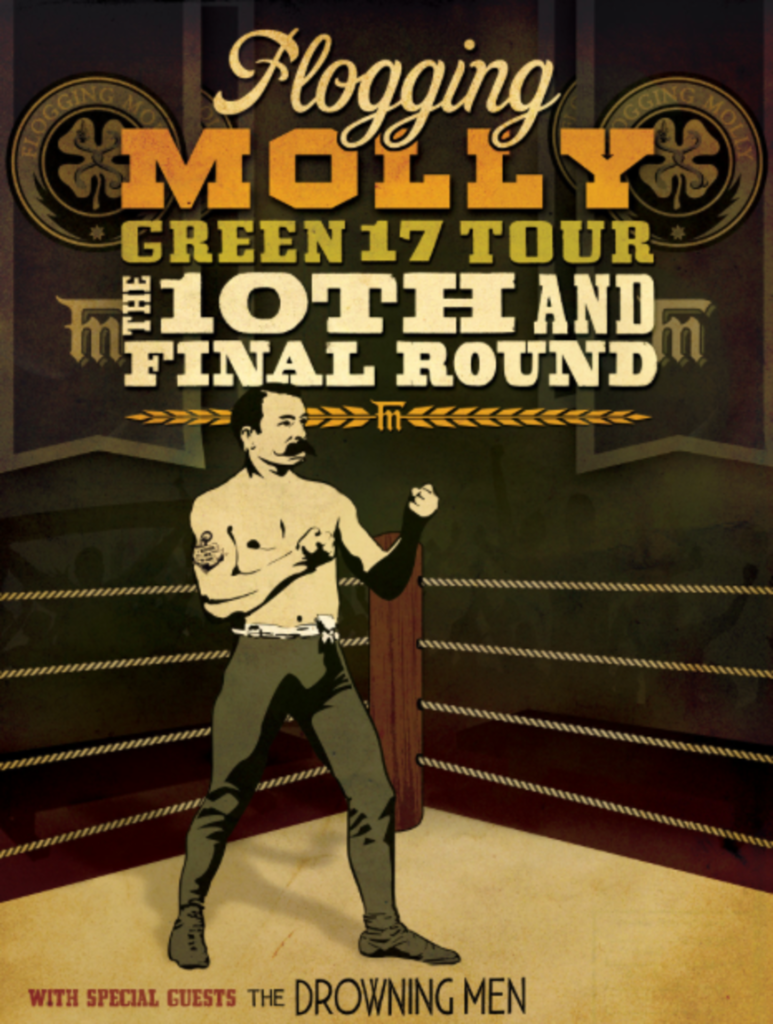 Why is this the last one?

I think we wanted to try different things and new things, and without getting into too much music-business mumbo jumbo (which would probably bore the pants off your readers), it’s just one of those things where, like – how do I say this? – it’s almost like our whole career was planned around this [annual tour], and we kind of wanted to reverse that a little bit.

In other words, why not show up at some other time, rather than just this time of year? And maybe end up trying some new things, instead of your own tour. There’s many levels to this thing, and that’s pretty much the thinking behind it.

If I remember correctly, Flogging Molly used to do more co-headlining type tours – playing with the Blue Meanies, Andrew WK, or the Slackers.

Yeah. It’s something I find myself having to explain to people who just have this knee-jerk reaction: “Oh, you’re breaking up!” No. It’ s just kinda like – it’s been 10 years. A lot of good time has passed. We did it 10 years. Let’s turn that page and start a new chapter.

Do these new plans involve a new album?

Yeah, that’s the whole thing. We’re gonna finish this, then we’re going to start writing and hopefully recording a new record. That’s the plan, and that was part kind of wanting to put this to bed in a way, as well.

Has the band been working on new material since Speed of Darkness came out in 2011?

No, Flogging Molly doesn’t work that way. We all write on our own, do our own things, then we block out time and put it all together. It’s seven different people, so you have a lot of ideas. That’s the way we do it. We set aside the time and we just do it. Not in the studio – like a rehearsal room, but not a recording studio. Those days are gone, my friend. It costs a lot of money. Gone are the days when a band like the Beatles would enter the studio and emerge with a hit song. It’s very expensive.

No, we’ll just find a place where we can all meet and play. It’s usually at Dave’s [King, frontman] house or somewhere near his house, and we set up in a room and bash it out and get it ready, then go and record it.

Do you all bring different elements to the songwriting process – like, for example, is it primarily Dave writing the lyrics – or is it a group effort of sorts?

Dave strictly does all the lyrics, definitely, and he – for the most part – writes the majority of the material, but he doesn’t dictate what everybody is playing. For the most part, he comes in with a very basic song, and he sits there and strums his guitar and we all kind of make it Flogging Molly.

Flogging Molly plays the Uptown Theater on Wednesday, March 12, with openers the Drowning Men and the Potato Pirates. More details are available here.