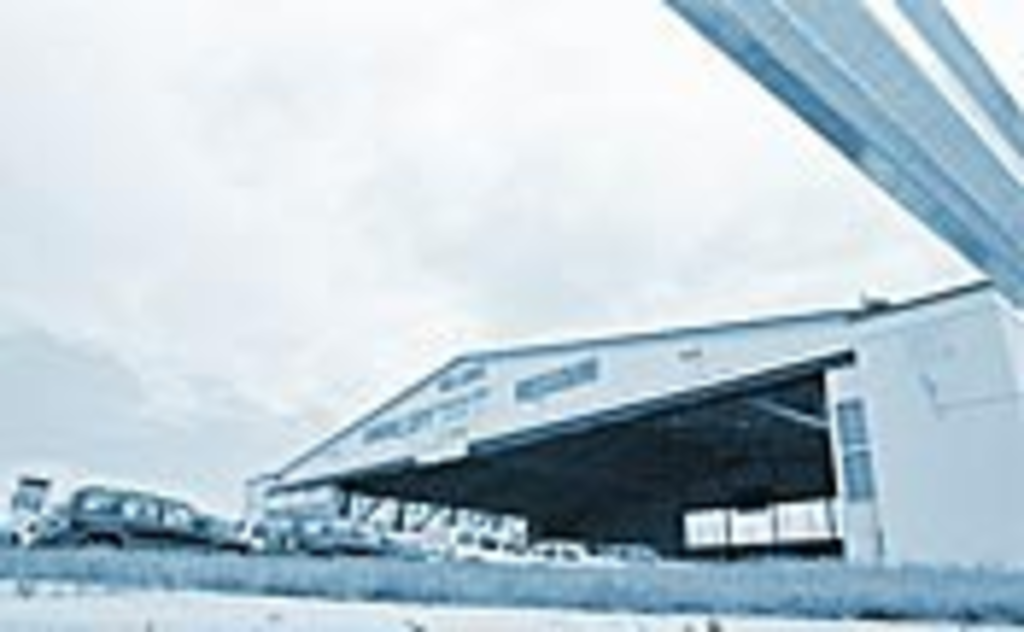 Richards-Gebaur neighbors cast their votes for a new runway — and wasted their energy.
Some of the people at the Blue River Bible Church last Tuesday had to be asking themselves why they’d come. They were there for a presentation on new runway possibilities at Richards-Gebaur Memorial Airport. But common sense seemed absent from the premises, and a certain absurdity was at work.

Since some connection remains between government and the people, however, a faint hope brought citizens out. Maybe they thought that because the meeting was set in the church (which is located on airport grounds), Divine Intervention might reveal itself to the bureaucrats on hand, restoring a sense of practicality to their governance when it came to decisions about Richards-Gebaur.

Others may have thought they had a chance to again confront the harbingers of confusion. One woman, recognizing a small group of Kansas City, Missouri, city employees, slid into the pew where they sat and asked, “What are the evil forces up to here?”

Residents of Belton, Grandview, and south Kansas City and just about anyone from anywhere — no one asked for any proof of residency — who wandered into the church could vote on one of four potential runway alignments or for no runway at all. But it wasn’t so much that the voting was meaningless and grade-schoolish, with big round dots placed on an “opinion poster.” What gnawed at people’s minds was that just up the hill from the church, a few blocks away, was an 8,500-foot runway.

No jets or prop planes taxied out of the big, widemouth hangars dominating the runway’s edge. No takeoffs or landings — all that ended in January when the airport closed. Instead, sitting on the 21-inch-thick concrete was a sea of SUVs, seemingly thousands of new Mazda Tributes built at the Ford Claycomo plant many miles north of Gebaur, ready for shipment via rail and truck. Kansas City Southern Railway’s intermodal shipping facility had taken root.

When citizens asked why a military-grade runway, second only to KCI in its ability to handle numerous types of aircraft, was now a parking lot for SUVs, advocates of the intermodal operation would answer: The people wanted it so. Voters approved the airport’s closing in August 1999.

That answer doesn’t satisfy many people who live near the airport but outside of the Kansas City, Missouri, city limits. They weren’t allowed to vote last August and have lived with what they see as public-policy nonsense and a decision born of money and influence.

The loss of the airport “kind of gets in all of our craws,” says Grandview Mayor Harry Wilson. “Kansas City bent over backwards to give that to (KC Southern) for nothing.” Wilson’s voice takes on emotion when he recalls how supporters of handing over the airport to Kansas City Southern outspent their opponents by a ratio of 38 to 1. He recalls distortions in the TV ads, from the close-ups of cracks in the runway to the claim (later retracted) that the intermodal facility and a future business park would create 40,000 new jobs. “Everything they said, every point they made, could be argued,” Wilson says.

Wilson might have accepted it as just politics if he didn’t think Grandview had been snubbed in the airport-planning process. He blames Kansas City councilwoman Teresa Loar, chairwoman of the city’s oversight committee on the project. Wilson thought Loar would “give it an objective view” and slow down the process to increase public participation. But he says that didn’t happen.

Maybe Loar felt a need to fast-track the deliberations. She is now a Republican candidate for the House in the 6th congressional district — it’s an expensive race and she can’t help but welcome contributions from appreciative businesspeople.

But Wilson also might be bothered by something broader — like the feeling that Kansas City is a bully when it comes to dealing with its smaller neighbors. “Kansas City is the 800-pound gorilla,” he says. “They don’t have to do anything.” And the city hasn’t done anything when it comes to communicating with Wilson. He says he’s written Mayor Kay Barnes three times. “I’m still waiting for Kay to call.”

That kind of treatment helped push Grandview to add a friendly brief when the Friends of Richards-Gebaur Airport and the Aircraft Owners and Pilots Association filed a petition against the Federal Aviation Administration (FAA).

Their lawsuit charges that the FAA was wrong to grant KC Southern a “categorical exclusion” from an Environmental Impact Statement or Assessment study of the intermodal facility at the airport. Such a waiver, says the groups’ attorney, James Ramsey, should happen only “in the absence of extraordinary circumstances.” His argument to the U.S. 8th Circuit Court of Appeals goes a little beyond the usual dull legal read. It recounts a wildly erroneous air-quality analysis, off by a factor of 300, that the city used to estimate the amount of carbon-monoxide pollution the intermodal facility caused. Among other factors, the suit claims, the FAA used the bad data to grant the exclusion.

Then there’s the “rush to judgment” incident. On the same day a letter from Wilson arrived at the FAA requesting the agency initiate an environmental impact statement, the FAA granted the exclusion. Wilson and others claim the FAA knew the letter was coming, and that Kansas City officials pressured the agency to grant the exclusion immediately, knowing a local-government objection would be an “extraordinary circumstance.”

In his brief, Ramsey describes the FAA’s actions as “rubber stamping.” The agency’s decision to grant the exclusion “was preordained and motivated by improper motives,” Ramsey writes. In other words, it was politics.

Warren Erdman knows about politics. Before he was vice president of corporate affairs for KC Southern, he was Missouri Senator Christopher Bond’s chief of staff for 10 years. If Kansas City is the 800-pound gorilla in getting its way at Richards-Gebaur, the Bond/Erdman connection is Godzilla.

Erdman says it’s a “laughable assertion” that there’s been no public input into what to do with Richards-Gebaur. He was one of the business, government, and community representatives who made up the Planning Advisory Committee that sponsored the runway vote at the church. The committee wanted to determine whether a runway could coexist with the intermodal facility.

Erdman says he couldn’t care less if the city committed to building another runway. “There’s no interplay between rail and air,” he says, adding, “I represent (KC Southern’s) economic interests” — not the interests of new-runway proponents.

But Erdman sounds a little exasperated when asked why KC Southern needed the existing runway as a parking lot. “Removal of the runway was part of the project” is about the extent of his answer.

So the question kept circulating around the church last Tuesday. One man said the city could build KC Southern a “loading pad (for transport to rail cars) cheaper” than building a new runway. Estimated construction costs for building any of the runway options ranged from $30 million to $78 million. Three of the four options presented by the Kansas City Aviation Department required buying additional property.

It’s pure fantasy to think that Kansas City officials would commit to such a steep price tag when the rationale for closing Richards-Gebaur in the first place was that the airport was costing the city $1.5 million a year. Or to think that they would embark on expensive property acquisition when the Richards-Gebaur site had approximately 1,000 acres available for development.

Planning Advisory Committee member Jeanne Lillig-Patterson seems to understand how ludicrous the church runway “vote” was. She didn’t support any one of the options and didn’t care which one came out on top. Other committee members apparently agreed with Patterson. Two days after the gathering at the Blue River Bible Church, the committee ignored the fact that runway option number one had come out on top and voted to accept none of the four runway options.

Patterson gives the impression that the runway vote was simply an exercise to get people “past the anger point” when it comes to losing the airport. She’s hopeful a resolution of the lawsuit will bring a reality to the whole process of change at Richards-Gebaur. “Purely from an economic ideal, I can’t argue with the intermodal concept,” she says. “But 50,000 people weren’t represented (in the August voting decision), and Kansas City owes them.”