Flier of the Week: It Starts With Murder! 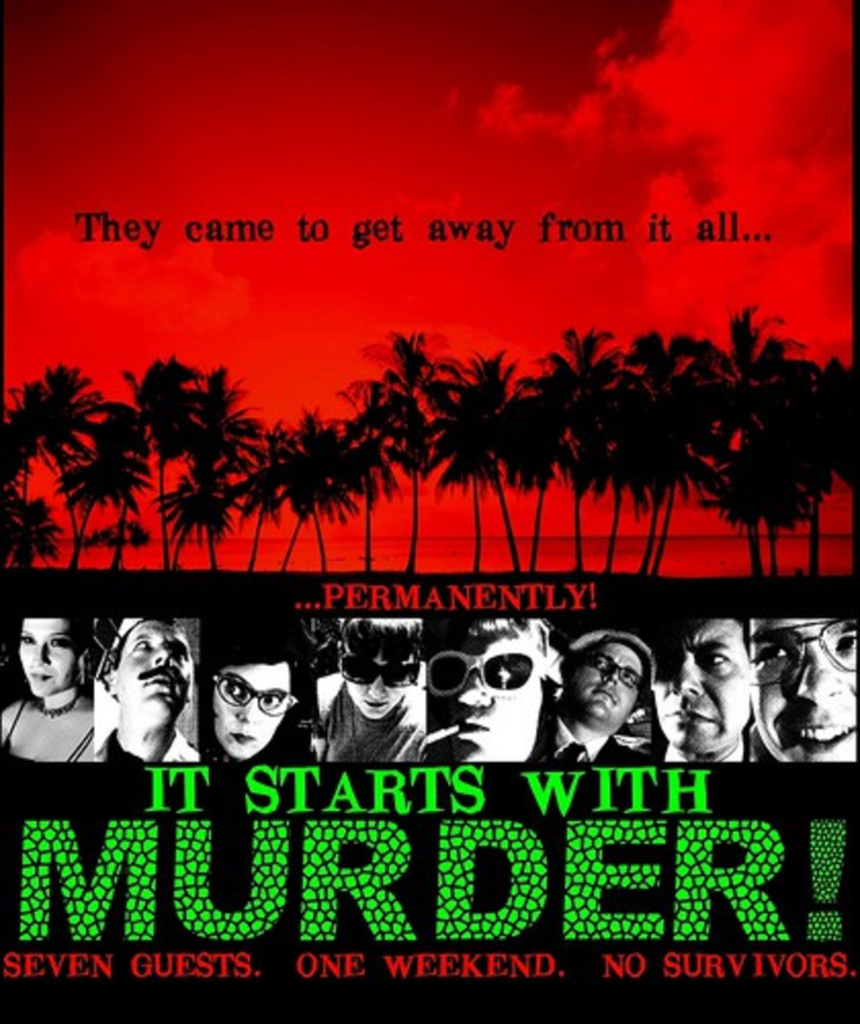 Directed by Scary Manilow of the Spook Lights, and featuring a cast of Lawrence regulars, including the Spook Lights’ own Curvacia Vavoom, Andy Stowers, Misty Nuckolls, and more, it’s a no-budget film. It cost $700 to make, and that included the cost of the DV camera they used to shoot it.

It Starts With Murder! premieres on the big screen at Liberty Hall in Lawrence on October 21. We’ll have an interview with the director later this week. In the meantime, whet your whistle with the trailer below (slightly NSFW, as I believe there is man ass and wang).

In the interest of full journalistic disclosure, your blogger is in the film, playing two separate pieces of man candy. However, he has no speaking lines, nor will you notice at all.