Flier of the Week: Federation of Horsepower at Aftershock 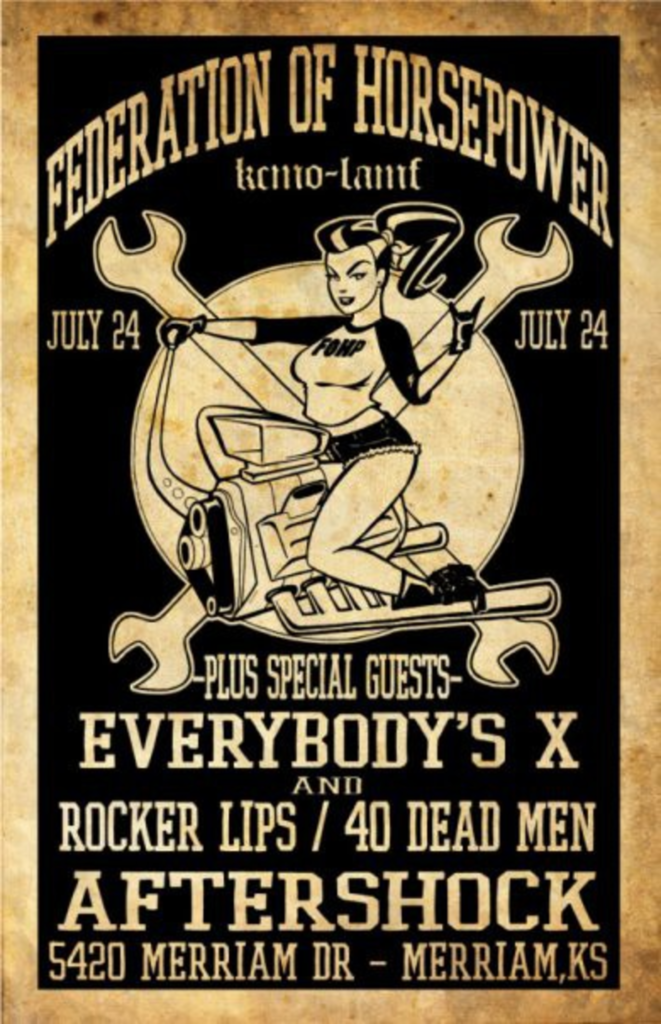 Federation of Horsepower, purveyors of fine-ass rock ‘n’ roll, bring us this Flier of the Week.

Krysztof Nemeth, self-described “Low-Brow Pin-up Artist,” drew the girl, and the rest of the flier was designed by FoHP frontman Gregg Todt.

Federation of Horsepower’s always had some truly boss fliers, come to think of it. There’s this one, for instance. The band’s always had a dab hand in Todt, who leans toward classic rock flier design, as opposed to the usual band photo or cut-and-paste methodology used by a lot of folks making show fliers these days.

I judge fliers on two criteria: how attention-grabbing is it, and would I hang it on my wall? If the answer is yes, then it’s a good flier. Judging by the number of people who’ve commented on Todt’s Facebook with things along the lines of “I just want to get a poster before everyone else does,” this is going to be a popular item tonight.

Aftershock is located at 5240 Merriam Dr. Everybody’s X, Rocker Lips, and 40 Dead Men open. The show gets kicking around 8pm.