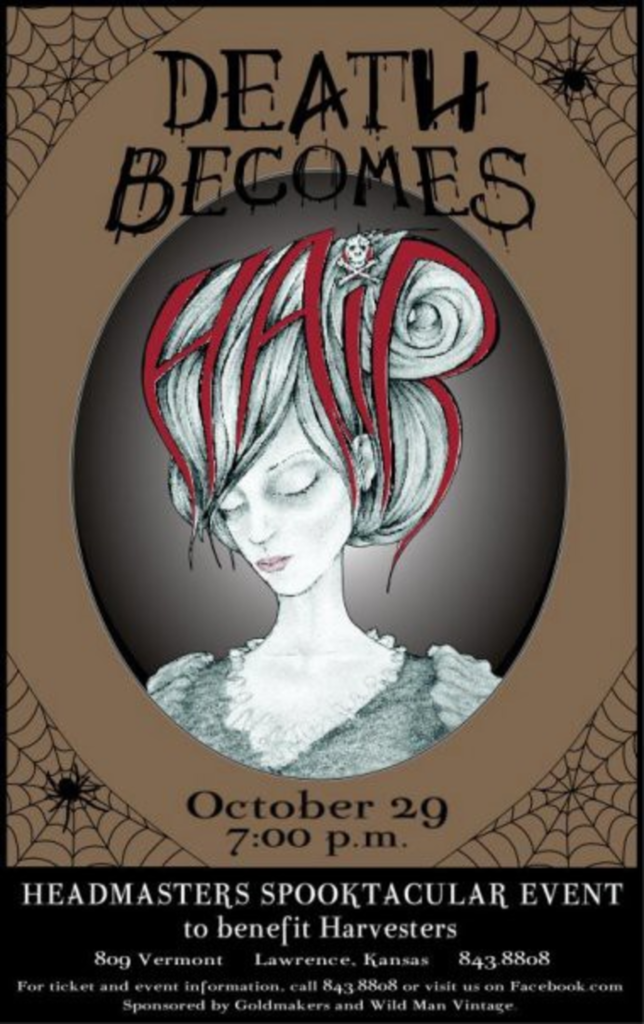 Headmasters Salon, at 809 Vermont in Lawrence, hosts Death Becomes Hair, a benefit for Harvesters, on October 29.

As you can see, it’s a Halloween-themed event. Now, I like to plug benefits as often as possible on this blog, because they’re for a good cause, and they usually have some sort of clever thing — in this case, the name. The flier is absolutely gorgeous, and very Edward Gorey. The fact that the red is the only non-monochromatic element in the entire thing really makes it pop. The color also draws attention to the skull and crossbones hairpin. Nice work.

Of course, using “death” in the title of any event for charity is always a little sketchy, especially when you consider that Harvesters is a food bank, thus preventing people from starving. Still, one has to admire the cleverness of Jim and everyone at Headmasters.

I’d recommend going to this. Admission is only $5, and that gets you food and beverage, along with the fashions. Headmasters knows how to throw a shindig, and I’m still piecing together the details of their anniversary party several years later.

Death Becomes Hair runs from 7:00-9:30pm on October 29. You can find out more information on the event’s Facebook page.