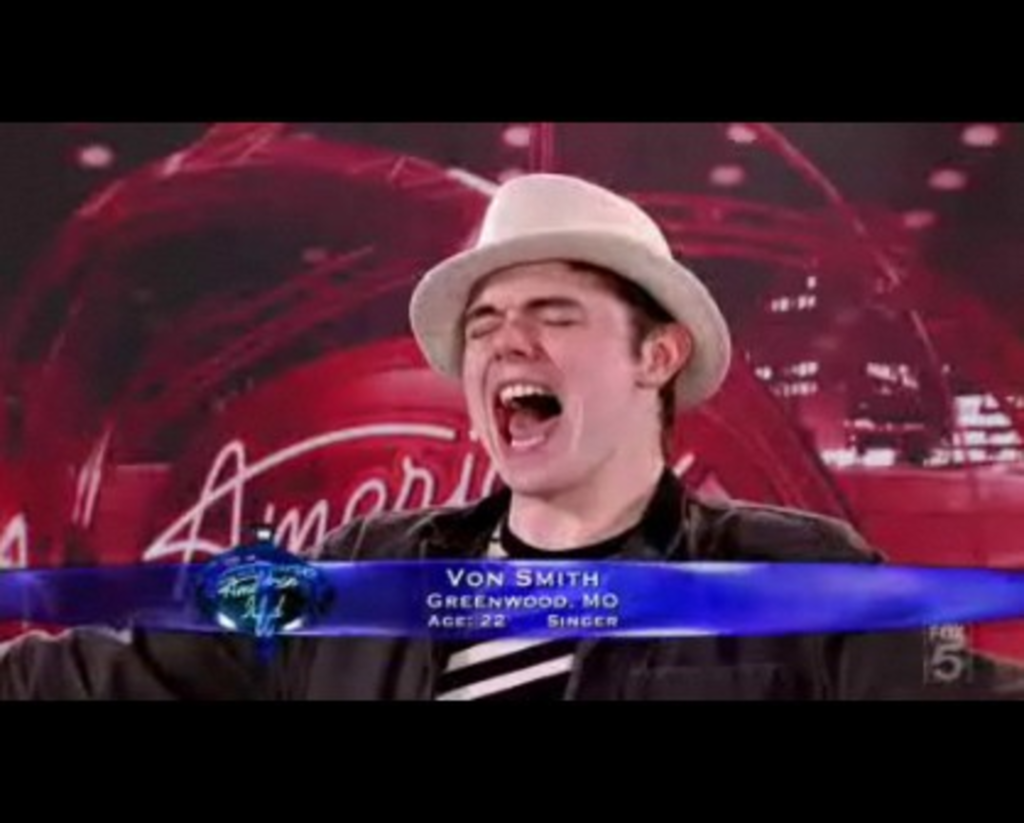 Despite having already been on The View and the Rosie O’Donnell show, local stratospheric YouTube belter Von Smith still has to work his way through the ranks of American Idol.

The Greenwood, MO, native singer appeared on Idol‘s Kansas City stop last night and danced around all wacky and sang “Somewhere Over the Rainbow” and was unanimously voted to advance, even though — and I don’t think it’s a stretch for me to say this — the judges seemed thoroughly annoyed by his performance. Watch it at this blog, which, you’ll notice, deemed his audition “awful.”

So the question is, was it rigged? Did the producers pass along notes to the four Idol judges saying, effectively, “Send the kid through”…? Do they do that? Is Idol run by the phone company? By Rosie O’Donnell? The Russian mafia? Has the mission been compromised!!?

The blog Hollywood Gossip reported on December 5, 2008, that Von was rumored to have made it through. How would they have known — or rather, why would they have cared? Weren’t those auditions back in August? Hmmmmmm… the eyes narrow and the lips tuck inward…

This just in: TV Squad has posted a re-cap of the whole KC episode.