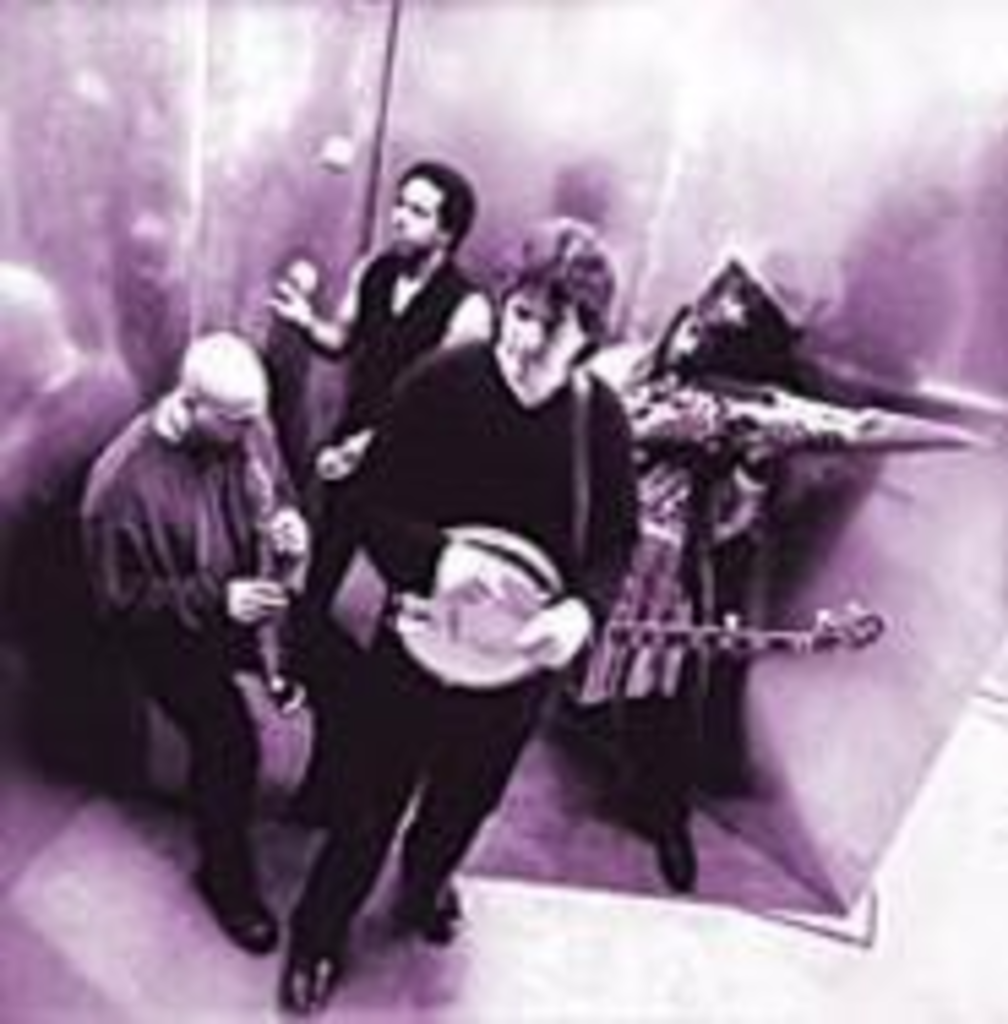 Ask pioneering jazz/bluegrass musician Béla Fleck why he decided to play the banjo and he will sigh and admit that he gets tired of answering that question. “That’s the primary mystery of my existence, and I don’t really have any excuse for it,” he claims in an only half-joking manner.

Fleck doesn’t need any excuses for the brilliant depth and innovation he has brought to the music scene. The fact that he has done it with an instrument that is the guitar’s redheaded stepchild makes his prominence only more surprising. Throughout the ’90s, Fleck and his ensemble, the Flecktones, virtually created their own style of music. Neither true bluegrass nor jazz, the Flecktones’ sound depends upon the scintillating licks and propulsive rhythms of both styles. Fleck has consistently pushed every musical boundary, and that has gained him a legion of rabid fans. His live shows are the very definition of serendipity, with the musicians expanding upon one another’s every musical whim. It’s hard to believe such a laudatory career grew from such a seemingly inane impulse.

“I heard the banjo on TV and decided I wanted one,” he says, and further prodding induces him to admit that it was the Beverly Hillbillies theme song that began his love affair with the instrument. Like most Americans, Fleck was “further impressed when ‘Dueling Banjos’ became such a huge hit.” Unlike other neophyte bluegrass fans of the ’70s, however, Fleck actually practiced his instrument rather than let it sit moldering and untuned in a basement corner.

Prior to playing banjo, Fleck had some experience with the guitar, though he confesses, “I didn’t play guitar with any of the passion and the intensity of the banjo. It was more like a hobby.” Concurrent to his late nights spent practicing the banjo, Fleck had formal music training. “But it seemed like a totally different world from what I was playing at home. I was at a performing-arts high school, and what I was learning at school seemed an awful lot like Greek.”

The school Fleck attended was the same one featured in that mainstay of ’80s treacle, Fame. Surprisingly enough, however, the television show never focused on an NYC High School for the Performing Arts student who was learning chromatic scales and diminished sevenths by day, only to go home and ecstatically flat-pick his way along to bluegrass favorites all night.

“I was playing folk and bluegrass because that’s what you play on the banjo, but the music I was listening to was very different. Having grown up with The Beatles and Joni Mitchell and the whole Woodstock album — the band Yes, Led Zeppelin, The Grateful Dead, and the Jesus Christ Superstar album were all major influences as well.” The Grateful Dead, in particular, was an important part of Fleck’s formative years. “It was a lot easier to play banjo along with the Dead than it was to play along with someone more progressive, like Yes.” Anyone who’s seen a Flecktones show will know that the band is as noteworthy for its jam sessions as is the Dead. Fleck’s musical noodlings actually start and end, however, which makes them more listenable than the endless sojourns of such psychedelic contemporaries as Phish.

Before the Flecktones formed, the young banjo player made a name for himself in the more traditional idiom of bluegrass. “Eventually I got sucked deeper and deeper into the bluegrass world because that was where I could really explore the abilities of the banjo.” Never overtly straightforward in his playing, Fleck was constantly expanding the standard bluegrass sound with his fiery scales and strange harmonies. “I was always fascinated by great playing of any kind: jazz, classical, rock, bluegrass, anything. That’s what attracted me to the banjo — these guys are so good. Even while I was learning folk and bluegrass, though, I was always listening to the wildest stuff.”

This emphasis on great playing is clearly important to everything Fleck has done — his recordings are replete with quality sidemen and big-name guest performers. With the Flecktones, he has taken his vision to new heights, recording such classic albums as UFO TOFU, Flight of the Cosmic Hippo, and the latest, Greatest Hits of the 20th Century. The band was formed when Fleck first played with drummer Roy (Future Man) Wooten and bassist Victor Wooten. “Instead of being me with a back-up band of jazz musicians, it was four guys who were equally twisted, and that’s what made it work. Everybody in the band is from Mars. This was a whole new idea.”

With a sound as unique as Fleck’s, it is important that everyone really understands where the music is going, and the Flecktones clearly are a unit that is perpetually on the same page. It is always surprising to see how capable guest musicians are of working in Fleck’s style, and he has coaxed elucidating performances from many a jazz and bluegrass master. “Everybody we play with has been so special,” he says. “I was such a fan of Branford Marsalis, and you don’t get any more talented than that. It was a dream come true when he played with us. The list goes on and on; for the new album we were able to bring in some Indian musicians, Shawn Colvin, and Jon Anderson from Yes.”

With unbridled enthusiasm in his voice, Fleck proclaims, “We found this great new bassoon player named Paul Hanson, who’s just another one of those guys who really gets it. He’s got this great, reedy sound that blends in with us perfectly.” Fleck’s style is something you really do have to “get,” and he admits that this is one of the joys of his career: “Nobody is ever really going to sound like us. They might try, but our sound is so dependent upon our personalities that it would never work.”

A lot of his sound as a banjo player came from the work he did with Tony Trischka, who was “a really great teacher.” Trischka was one of the most progressive of modern banjo players, and Fleck has certainly carried on his legacy. “That’s when I started getting into the jazz sound. By building on Tony’s incredible achievements, I was able to increase my control of the neck and take banjo playing into an area that hadn’t really been explored before.”

It was at that time that Fleck became something more than a bluegrass banjo player, creating his own distinctively progressive style. Serious jazz playing had always heavily influenced him, and with the Flecktones, it was the first time he was able to play straight jazz on a national level. “With my earlier recordings I had been stretching bluegrass musicians into jazz sounds,” he says. “At a certain point I realized that I wanted to take the banjo out of bluegrass and into something new. I met the guys in the Flecktones, and I decided that it was time to move into that new sound.”

Fleck will continue moving in that direction with his latest world tour, which he claims “is stressful, but it’s the best way to get our sound out there in front of people.” Renowned for the intensity of their performances, Fleck and his band have managed to take their message well beyond the traditional audience of either bluegrass or jazz. He might seem chagrined when asked for the thousandth time why he decided to adopt the banjo, but Fleck should never feel the need to apologize for a decision that provided the foundation for an endlessly interesting and inventive career.

Béla Fleck and the Flecktones

Friday, June 9
at The Uptown Theater