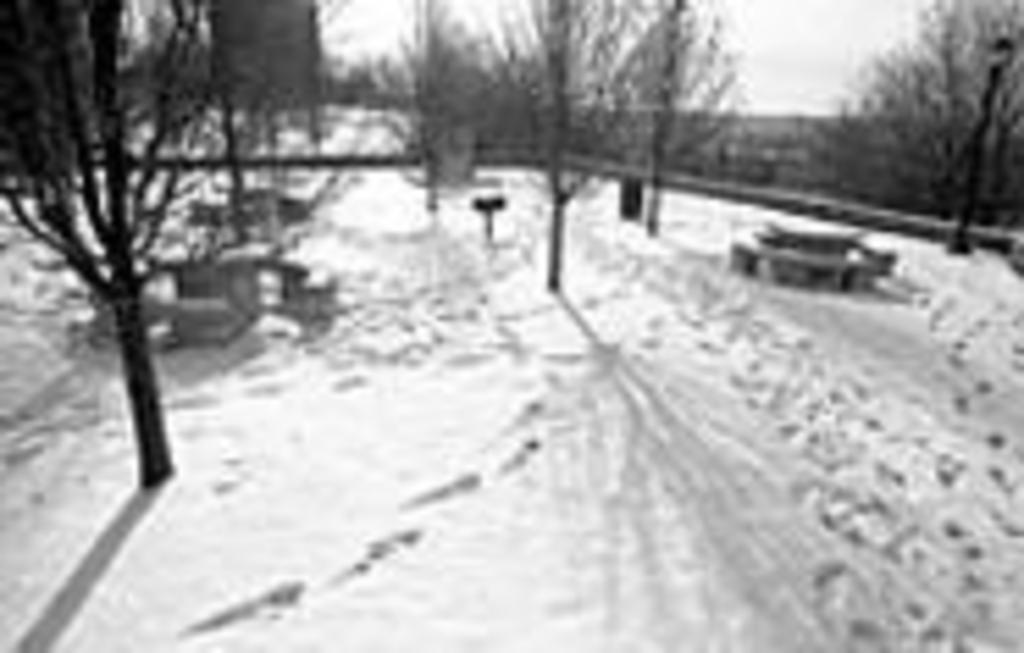 Of all the myths about Midwestern living, perhaps the worst is that we have it easier than our coastal counterparts. No maddening hullabaloo of the Big City; no WASP-named hurricanes; no terminators, erasers or commandos elected to governorships; no conspicuous earthquakes.But less immediacy does not mean less stress. As opposed to the fast-paced, pinball-like effect of New York, the Midwest chooses to wear down its inhabitants gradually, drawing upon that methodical and timeless instrument, the bleak winter. The citizen pinball, in a sense, becomes a rock, weathering slowly under the excruciating forces of geology. It’s why February sucks.

Enter bleak-scene watching. It’s kind of like a nature walk, only you don’t really move, and instead of refueling your zest for life, it gives you a newfound respect for death and whoever invented it. Basically, look for views that offer overcast skies, vast stretches of barren land, leafless trees, salt-licked concrete, billowing smoke and exhaust-dirtied snow. Highway rest stops are ideal — actually sit on one of those picnic benches. But if you’re looking for the ultimate in bleak-scene watching, go to Case Park at Eighth Street and Jefferson downtown. Stand above the West Bottoms, gaze upon the industrial expanse to the north and succumb, if only for a moment, to the emptiness within.— Casey Logan

When two sports teams meet on the playing field, adrenaline pumping and nerves jangled, they must ignore the pain and the roar of the crowd and pull through to grab the brass ring. This same burden is felt at Comedy Sportz (Comedy City, 300 Charlotte), where squads called the Sharks and the Jets exorcise their long-standing rivalry by trying to be the quickest and funniest. Living out an athletic nightmare, they show up at the game with no strategy and no defense, grabbing suggestions and team members from the audience. Spectators are invited to laugh with or at improv comics as they struggle, choke or, sometimes, pull off a perfect shot. Bouts are Wednesday through Sunday; tickets cost $10 to $13. Call 816-842-2744 for game-day info.— Christopher Sebela