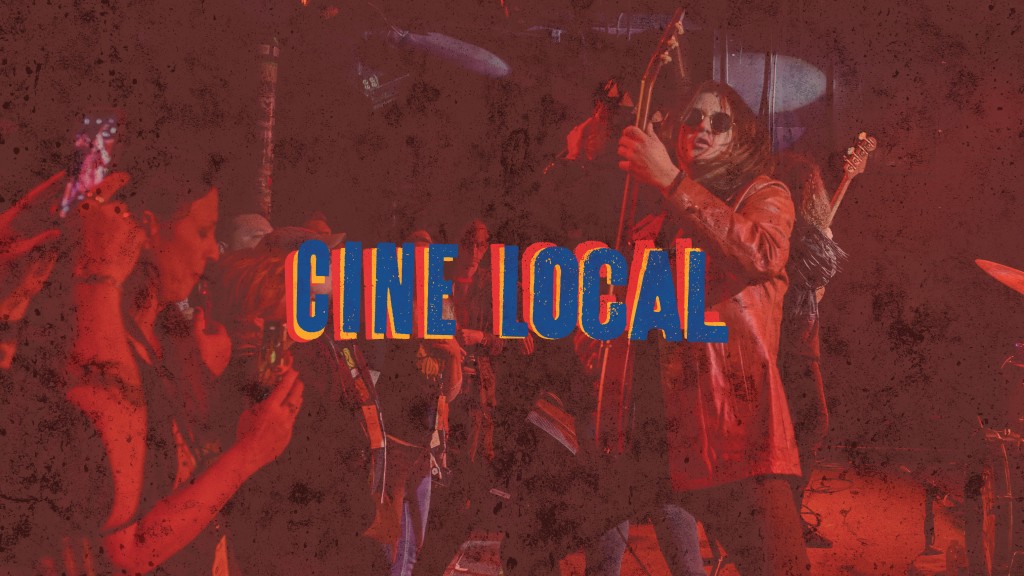 It’s now 2023, we’re all back to work, and sitting at a computer is the least appealing thing in the world after a month of drinking, eating rich food, and hanging with friends and family.

Thankfully, in between Zoom calls and meetings which could’ve been emails, there’s a wonderful array of local music videos to bring you a smidgen of joy and lighten your load via this latest installment of Cine Local.

Lawrence trio Flash Floods’ Halfway to Anywhere dropped right at the end of 2022, but you’re definitely going to be glad that you missed it in the holiday hustle and bustle because its mellow charms are exactly the kind of music necessary to start off this year on a positive note. While the video for “Stobe Rides Again” might be pretty low-budget–featuring close-up footage of frontman Chris Langwell and some trains–the song is so utterly chill that dressing up the visuals any more than this would be overload.

You can purchase Halfway to Anywhere on Bandcamp.

After a lengthy hiatus, Jessica Paige brings back her Cover Me Monday series with a cover of Tedeschi Trucks Band’s “Midnight In Harlem.” Playing lead guitar is Paige’s longtime bandmate and collaborator, Lucas Parker, because who better than Parker to rip those sweet Derek Trucks licks while Paige plays rhythm and puts her own spin on Susan Tedeschi’s vocals? It’s a stunner.

There are screams in this video. There are also guttural roars, shrieks, and growls. With a hell of a ride beat and sharply angular guitars — to say nothing of the interplay between NazzzTae and Merlow as they smash things and terrorize/seduce a trio of nuns — this feels like the closest thing Kansas City has ever produced to something like Ho99o9 or Show Me the Body. It’s confrontational as hell, but there’s so much energy on display, you can’t help but want to get in on the ruckus.

Directed by Mikala Petillo, also known as musician Miki P, the video Collidescope’s latest single pairs Hadiza with an array of analog video effects which really emphasizes the setting of Stray Cat Film Center, where it was filmed. Playing into the horror synths and eerie Mellotron choruses in the song’s background, this is one of the best pairings of sound and vision we’ve experienced in a hot minute. It’s either terrifying in its beauty or beautiful in its terror, but no matter what, “The Blackness” is an experience worth taking on.

You can purchase “The Blackness” on Bandcamp.

Andrew Foshee, “Through An Alien’s Eye”

The first single from Andrew Foshee’s upcoming album, A Parrot So True–out January 13–seems to encompass everything the musician told us about what to expect from the record:

“Basically what I’ve done is make a fantasy-based folk/rock album that contains layers of social, political and philosophical dialogue under the ridiculous pretense of a sci-fi/B-movie soundtrack where two people meet/fall in love at a Jimmy Buffett concert and discover he is a war-mongering alien sent to destroy the world.”

It’s merely the first installment of the “content and pageantry” which Foshee has planned for the next few months, and Jon Ulasian’s video has us utterly fascinated and thrilled in hopes of what’s to come from this project.

If they’re coming to your town, Wichita’s Pretend Friend are one of the best bets for entertainment going right now. The progressive bluegrass quartet definitely leans to the jamgrass side of the genre, but their vocal and instrumental interplay–very much on display in this live video–will win over all but the most diehard fence-sitters. This track is off their 2021 full-length, Reflections In Question, and is just one of six live videos the band has posted over the past couple months. The simplicity of the band clustered around a condenser mic with some lights behind them really lets the band’s music shine.