Flaming Lips cover Dark Side of the Moon 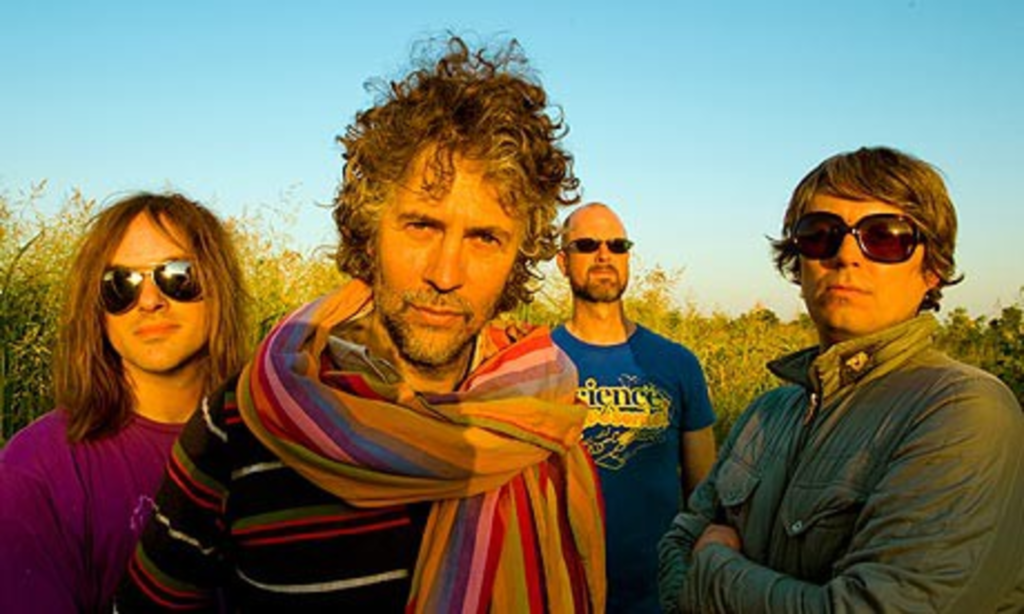 When I interviewed Kliph Scurlock a couple of weeks ago, the Flaming Lips drummer talked at length about a very exciting project the band was putting the finishing touches on: a full cover version of Pink Floyd’s Dark Side of the Moon. That news excited me easily as much as the release new Lips studio album, Embryonic.

A few days after the interview, though, Scurlock contacted me and politely asked that I not mention anything about the DSOTM project. Originally planned to accompany the release of Embryonic on iTunes as exclusive content, the Lips’ tribute to Floyd was to be held back until later in the year, when the label could give this awesome project a more proper push. In the meantime, mum was the word. So, I bit my pencil in half, said a prayer for Syd, and left the Dark Side out of the Q&A.

I guess when you get a roomful of Angelenos together, though, all bets are off. Thanks to bloggers at the L.A. Times and, subsequently, Pitchforkmedia, the loony’s out of the bag. “Track-by-track reinterpretation features Henry Rollins and Peaches,” read the recent Pitchfork subhed.