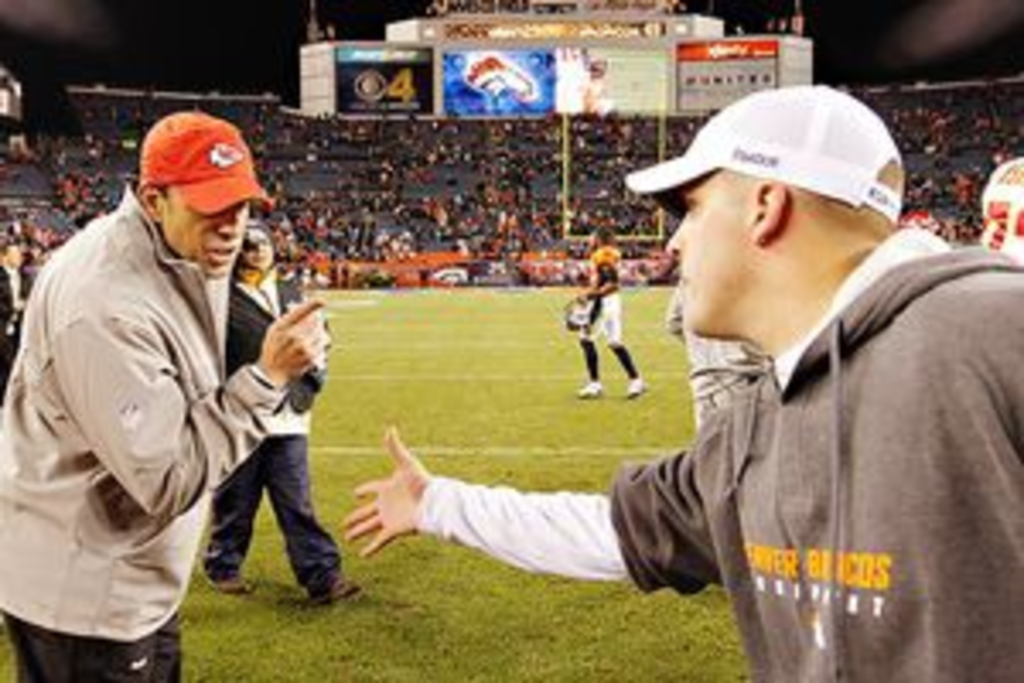 Slowly but surely, Chiefs coach Todd Haley has revealed himself to be a total and complete loon, marching to some totally distinct and out-of-rhythm drummer. Early in the season, when mediocrity still seemed in play, it was infuriating. But now, with the team playing legitimately and undeniably well so early in his and G.M. Scott Pioli‘s tenure, it’s sort of endearing.