Five reasons you should vote Brownback out of office today 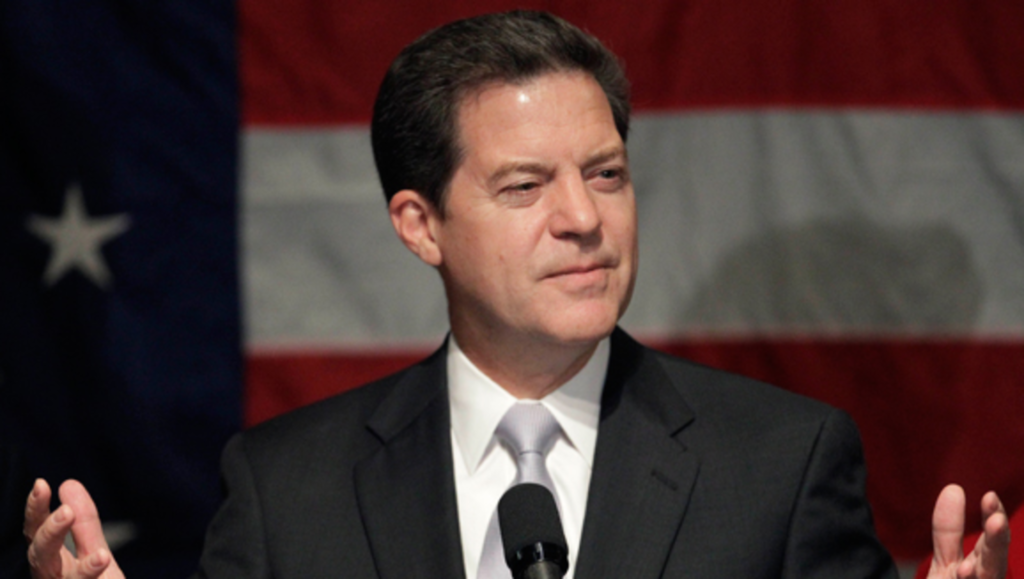 His Democratic challenger, Paul Davis, is up, slightly, in most polls, which means there is a reasonable chance that today could be the beginning of the end of Kansas Gov. Sam Brownback’s political career. For Kansas citizens who are not millionaires, this would be tremendous news. But it’s far from a sure thing. For folks west of State Line heading out to the polls today, here are a few things to remember about Brownback’s four years as the top decision maker (besides Koch Industries) in the Sunflower State.

Far from fiscally conservative, Brownback is an economic extremist. He believed, and possibly still believes, despite overwhelming evidence to the contrary, that cutting taxes for the rich will magically result in prosperity for all. That is a bad idea on paper, and, it turns out, a bad idea in practice. Like, for real. No, seriously. The state is facing a $260 million budget shortfall over the next two years. And in downgrading Kansas’ state bonds, Moody’s wrote this spring, “The downgrade reflects Kansas’ relatively sluggish recovery compared with its peers, the use of non-recurring measures to balance the budget, revenue reductions (resulting from tax cuts) which have not been fully offset by recurring spending cuts, and an underfunded retirement system for which the state is not making actually required contributions.” Wall Street thinks this man is reckless!

His cuts to education have been merciless.

…to the point that a court has had to order the state to spend more on schools. What does this look like on the ground? Here’s a glimpse.

More than 100 influential Kansas Republicans have come out against him.

“We are deeply concerned by the direction Sam Brownback is taking Kansas,” Wint Winter, a former state senator told The Wall Street Journal earlier this year, in announcing his support of Davis. “We are all Republicans. But we will always be Kansans first.”

His administration is reportedly being investigated by the FBI.

Brownback’s former chief of staff, David Kensinger, is the subject of an FBI investigation involving influence-peddling in regard to Brownback’s KanCare program — a program that privatized Medicaid in the state and has left Kansas’ most vulnerable citizens with less access to health care.

His campaign has become desperate and ugly.

In what may prove to be a last, pathetic gasp, Brownback has lately been attempting to exploit a Wichita murder case from 2000 to weaken Davis. It has backfired.

There’s so much more. Everything from the prisons to the arts in Kansas have suffered greatly as a result of Brownback’s failed experiment. But we’ll cut it here. It’s gonna be a close one today. Go vote.