Five acts worth catching at Middle of the Map Fest 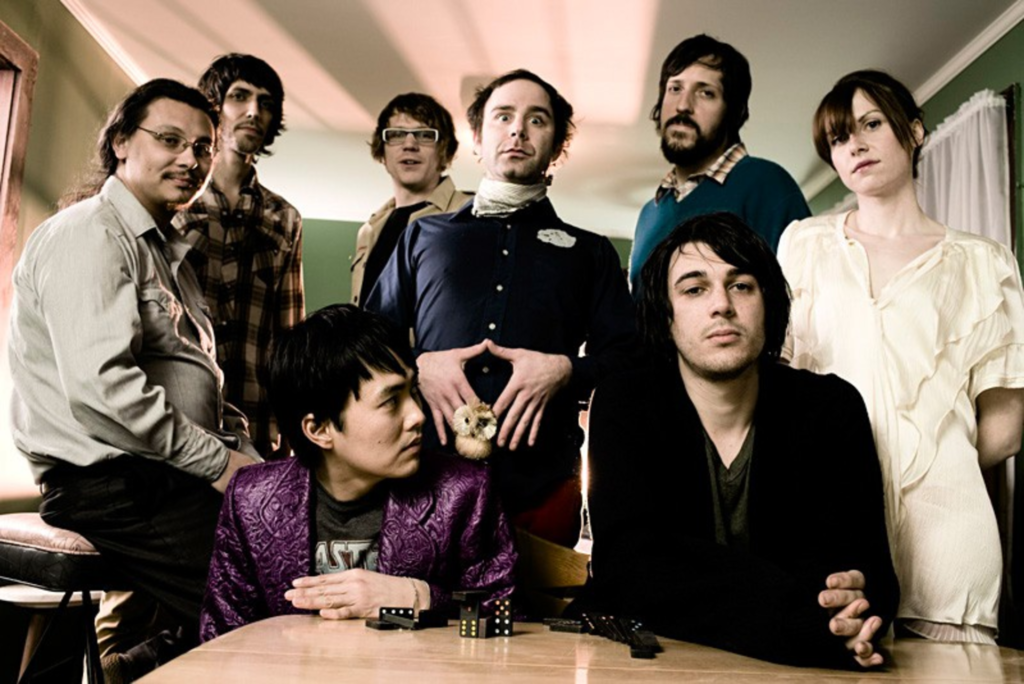 We’re on a roll around here when it comes to national festivals. Scion Garage Fest descended on Lawrence last summer with armloads of lo-fi pioneers. Now the Record Machine’s Nathan Reusch has booked a smattering of national talent to rock Westport April 8-9 at the Middle of the Map Fest. Here are five national acts that might not swing through this part of the country again soon — and possibly never again on one bill for a cool 25 bucks.

Who: Margot and the Nuclear So and So’s

Why you can’t miss it: Ignore the goofy Royal Tenenbaums reference in this band’s name. After the perplexing release of two different versions of its major-label debut (known as Animal and Not Animal), following a skirmish with Epic Records, Margot and the Nuclear So and So’s refocused on last year’s Buzzard, which was released on a new label. It’s less moody than the rest of the band’s catalog, but the irreverent wit is intact. One of the record’s sweetest songs is a heartfelt ode to a tiny vampire robot.

Why you can’t miss it: This blogosphere big shot has been blowing up MP3 aggregators for almost a year. Unsurprisingly, that’s also exactly how long it has been since the New York band unleashed its self-titled debut EP of cheerful, scuzzy electronic tunes on the heels of such peers as Washed Out and Neon Indian. Small Black has since followed up with a full album called New Chain, full of colorful, churning songs undercut with sorrow. Lava-lamp synths, punchy percussion and finely embroidered sonics make the band’s trendy confections headier than the average bedroom project. Expect more than sad-eyed soundscapes at Small Black’s set: The quartet is known to bring it in the club.

Why you can’t miss it: Two Door Cinema Club was recently named one of the hardest-working bands of 2010. It’s only fair: The young band logged 168 tour dates and 130,000 miles in one year. Not too shabby, right? These three peppy, 21 year-old lads are making a killing with unrelentingly optimistic hooks and crunchy disco beats. It takes a three-day binge of cocaine, Surge and Pixy Stix to yield the kind of jittery euphoria that Two Door Cinema Club incites, but it’s nowhere near as much fun as their live performance.

Why you can’t miss it: If chillwave is the Impressionism of the music world, then Candy Claws’ psychedelia — all shimmering, pastel sound and refracted sunlight — is a Monet painting of Daytona Beach, circa 1993. This Colorado band can make a dance party just by yanking a couple of knobs back and forth, but that alone isn’t what makes this performance a must. See it because Candy Claws’ music draws on everything you loved when you were 6 years old: Rugrats, neon, and suicide Slurpees from 7-Eleven.

What: Nakedly honest emotions from a voice that’s as awkward as it is angelic.

Why you can’t miss it: Have you seen The Devil and Daniel Johnston? Can you afford to miss this? Throughout his long, spotty career, Johnston’s fraying mental state has given birth to songs that are both baffling and genius — and as the 2006 documentary about the musician proves, the two qualities are inextricably linked. Johnston’s music is prime “outsider art” that has ties to Kurt Cobain, the Butthole Surfers and Austin’s mid-’80s blossoming. (In a 1986 MTV special on that scene, Johnston was prominently featured. By the time it aired, however, he had been institutionalized for attacking his manager with a metal pipe.) It’s what Johnston bares during his lucid states that has kept fans coming back for more of his strange, lovely music.