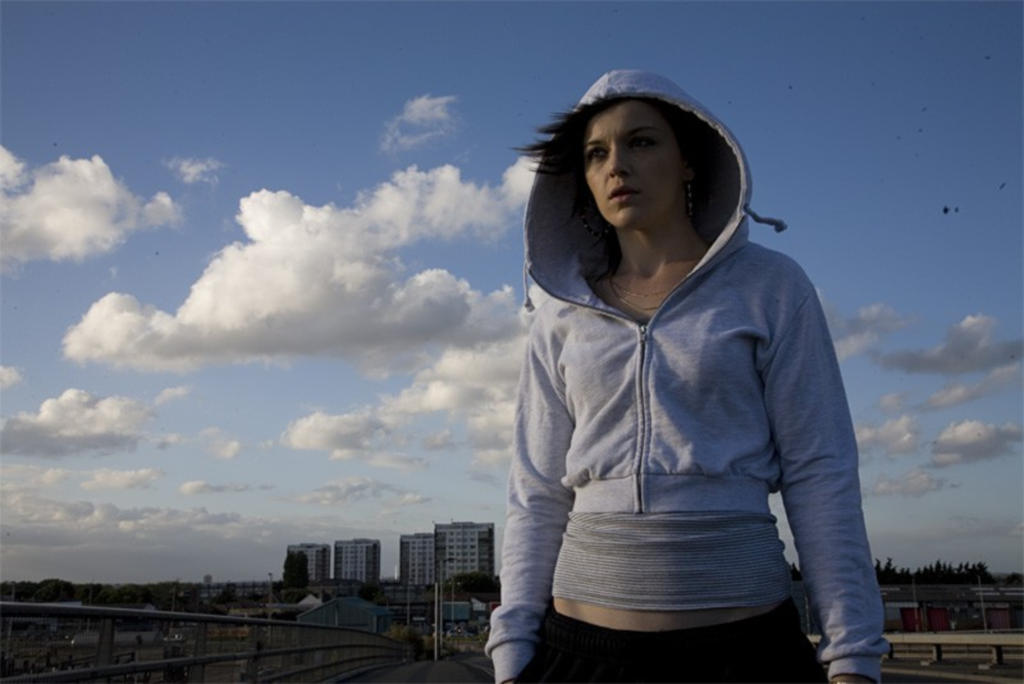 Whether Katie Jarvis is playing herself hardly matters. (She was discovered on an English railway-station platform, yelling at her boyfriend, and recruited for the lead in writer-director Andrea Arnold’s new drama.) As Mia, a foulmouthed, lost, 15-year-old child of the Essex projects, she gives a ferociously persuasive performance in an otherwise routine tale of domestic disaster. Neglected and abused by her young mother (the excellent Kierston Wareing), this unguided missile of a girl runs in circles, dogged by a handheld camera. She projects an unsettling brew of braggadocio, nascent sexuality and vulnerability — a lethal cocktail for all parties when her mother’s boyfriend, the affable, secretive and mostly shirtless Connor (Michael Fassbender), moves in. The action feels more contrived than inherently dramatic, and when Mia drops her guard, the movie turns stiff and pat, leaving us feeling manipulated by Arnold’s desire to give Mia the worst life she can think of, followed by a great escape. Arnold’s gift for evoking what it feels like to inhabit an arbitrary world ends up fatally undermined by a denouement so hammy, it invokes a giggle rather than a tear.