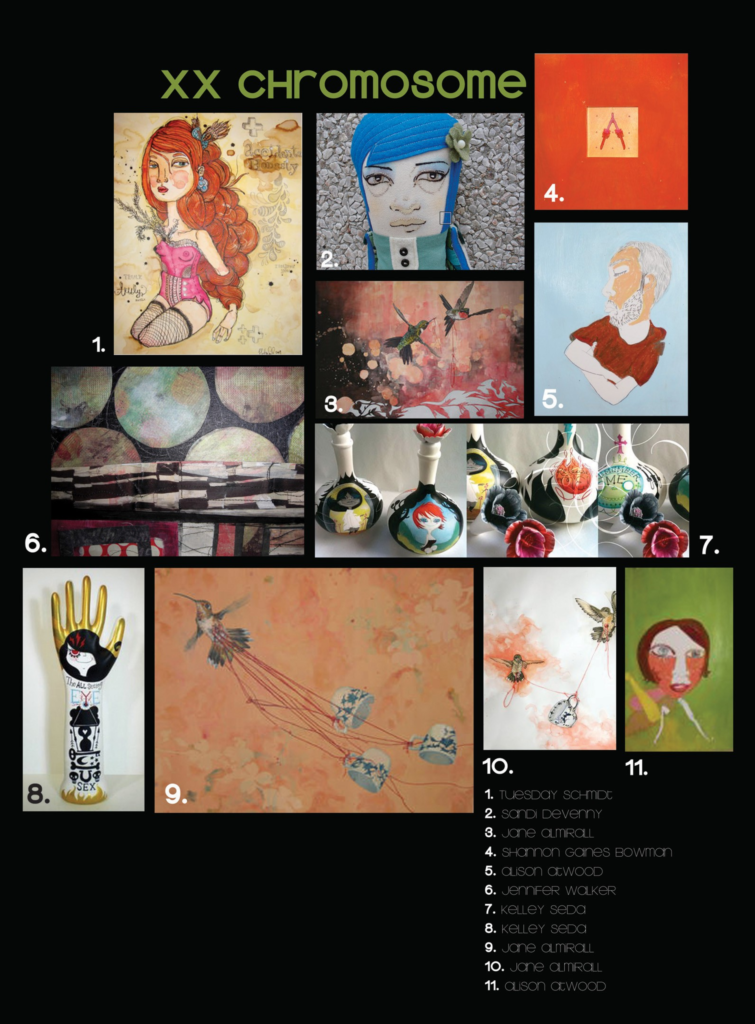 It’s not that you don’t feel patriotic — you’re proud to be an American. It’s the place you love to be. It’s just that you’ve come to expect gallery openings on First Fridays, even the ones that kick off Independence Day weekends. Unfortunately, a lot of galleries delay exhibit openings on this, the hottest, Yankee-Doodliest weekend of the year. Still, a couple of things are going on. Besides the Late Show Gallery’s opening party (see “Midsummer Late Show” in this section), view the following exhibits.• The Byron Cohen Gallery (2020 Baltimore) favors sleek, complex works by an international range of talent, and the three artists at the 6 p.m. gallery opening continue that track record. Chinese painter Liu Hong, whose work has long been engaged with the female form, exhibits a series of glamour portraits filtered through a palette that allows vivid oranges and hot pinks to burn through her models’ ghost-pale skin. Grant Miller’s abstractions explore the concept of void by cramming seemingly infinite spaces with an almost epilepsy-inducing density of dimensional forms. Mary Ann Strandell adopts a similar strategy with a series of digital prints in which blurred, almost recognizable forms swirl around an undefined space. This high-polish show runs through August 14. For more information, call 816-421-5665.• The Blue Gallery (118 Southwest Boulevard) presents Xx Chromosome, a multidisciplinary exhibition of works by artists whose genetic codes do not include Y chromosomes. Local designer and artist Tuesday Schmidt curates, and the creators include women returning to art from careers and motherhood — for instance, Alison Atwood, a graduate of the Kansas City Art Institute who had moved on to teaching but whom Schmidt persuaded to produce new work for the exhibit. The exhibition includes ceramics, painting, photography, textile, drawings and other media in which the artists explore concepts of femininity and feminism. Schmidt’s own playful artwork is also on display, along with pieces by Shannon Gaines Bowman, Jennifer Walker, Jane Almirall, Jes Owings, Kelley Seda, Melinda Wallace and Sandi Devenny. For more information, call 816-527-0823.— Chris Packham