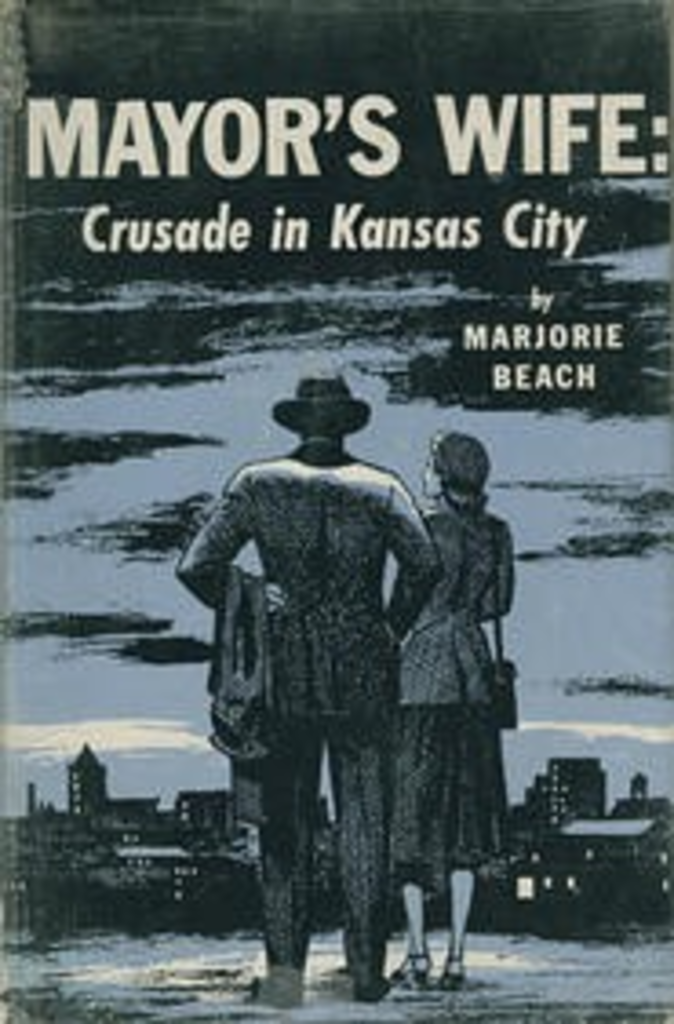 Gloria Squitiro is making an awkward transition from natural childbirth instructor to first lady of Kansas City. She’s been at the nexus of the bad decision making that has caused even Mark Funkhouser’s supporters to wonder if he’s too cloddish to be mayor.

The subject of gossip and unflattering newspaper stories, Squitiro appears to be drawing strength from the life of a woman who came before her. At a recent City Council meeting, Squitiro wrote notes on city stationery. Her makeshift writing table was the memoir of Marjorie Beach, the wife of a mayor who fought political boss Tom Pendergast.

Mayor’s Wife: Crusade in Kansas City was published in 1953, years after the death of Albert Beach, a reformer who tried to loosen the Pendergast machine’s grip. Beach was mayor from 1924 to 1930. He experienced the switch to a city-manager form of government, an ostensibly progressive idea that turned to rust when Pendergast was able to put one of his men, Henry McElroy, in the position.

Though filled with long stretches of dialogue of dubious authenticity, Mayor’s Wife is delightful. Beach was a skilled storyteller and an intrepid figure. When her husband was a city councilman, she took on the task of determining how many voters in the city’s red-light district were phonies. Beach and three other women dressed as Red Cross workers in order to not stand out on 12th Street, a place where housewives dared not tread. The mission revealed that pet fish were registered to vote.

Interspersed with tales of child rearing, sock darning and Calvin Coolidge’s long underwear are frightening stories about boss rule under Pendergast. After her husband’s election, city workers stole medicine from hospitals and siphoned gas tanks in municipal garages. Most ghastly, young women sent to work at a rehab farm for addicts were sold into prostitution.

“It’s hard for us to understand,” Beach quotes her husband as saying after a long day at City Hall, “but when people’s minds are warped by letting down moral bars, things no longer seem wrong to them.”

It remains to be seen whether Beach’s story inspires Squitiro to count her blessings. Development attorneys are not quite in the same league as Gold Tooth Maxie. Perhaps she’ll become even more dismissive of those who wince at the sight of her padding around the 29th floor in bare feet.

Or maybe the mayor’s wife just needed something to write on.