May 6 isn’t just another First Friday in the Crossroads. It also marks the public opening of Kansas City’s downtown streetcar line. Yes, its four EPCOT-recalling cars have been swooshing up and down Main Street between Union Station and the City Market for weeks, but the time for riderless testing is over. Starting Friday, you can jump on for free. (Friday and Saturday, every RideKC bus with downtown stops is also free, the better to discourage our metro-wide one-car-one-person habit as the curious head into the urban core. See timetoridekc.org.) So if you have the day off Friday, you can start with a 10 a.m. ceremony at Union Station, which is also the site of a family-friendly festival (free Ferris wheel!).

But from that morning through the weekend, plan your driving accordingly: Main Street will be closed to regular traffic between 20th and Pershing. And it’s not the only thoroughfare doing business differently; we’ll get to that in a minute.

If you ride the bus to get to the streetcar, you may see some art. Adriane Herman and Mo Dickens have collaborated to make Freeing Throwers, a Rocket Grant-funded extension of a project Herman began when she was a visiting studio resident at Charlotte Street Foundation last year. It’s all about throwing away bad habits — in Dickens’ case, fast food. Look for “Mo Is Less” placards in the buses, and listen for special audio about better eating and other benefits of jetisoning certain behaviors.

Dickens, of course, is the gallery assistant for Belger Arts Center (2100 Walnut), where Licia Clifton-James, vice president of the Pan American Association of Kansas City (and Mayor Sly James’ wife) has curated a selection of 20th-century American paintings and works on paper (including photographs) for an exhibition that opened a couple of weeks ago, on Pan-American Day. If that holiday sounds new to you, you might be one of those people who thinks only of the United States when you hear the word American. But Art of the Americas features works from 27 of the 35 countries of the Organization of American States. It’s a refreshing idea.

The Belger’s clay-centric Crane Yard Studios (2011 Tracy Avenue) continues several of the blockbuster ceramics shows that debuted for the national ceramics conference in March, including: The Garden Party, Role Models, and, not to be missed, Christa Assad’s giant sculptures, which expand her practice beyond ceramics.

This weekend is the end-of-semester sale at the Kansas City Art Institute (4415 Warwick Boulevard), an opportunity to get inside all of the department studios and see what the graduating seniors have made. It’s a great chance to purchase ceramics, paintings, sculptures and more. Hours are 5-8 p.m. Friday, 10 a.m.-5 p.m. Saturday, and noon-5 p.m. Sunday.

The Jones Gallery (1717 Walnut) adds a 7 p.m. fashion show to its monthly visual-arts offering. Designers include Kendra J. Harris and Lucia’s Sarto Design. And Art Unite presents works by George Mayfield, director of Kansas City Minority Artists since 1994 and president of Light in the Other Room, an African-American arts group. He has been painting portraits and photorealistic still lifes for more than 20 years, with art exhibited at the Kansas State Capitol, the Kansas Historical Research Center Museum, and the King Center for Non-Violent Social Change in Atlanta.

Metalsmith Guinotte Wise keeps cranking out the ab-ex sculptures — and has just completed his first novel. He’ll be on hand to sign copies of Ruined Days during the opening of SLAG at the Hilliard Gallery (1820 McGee).

Ham Dorries is a fan of oversaturated colors, glitches, feminine characters and video games in her digital work, but in Hue shan shui she gives us landscape paintings. At Front/Space (217 West 18th Street), they’re overlaid with projections that create shifting surfaces. 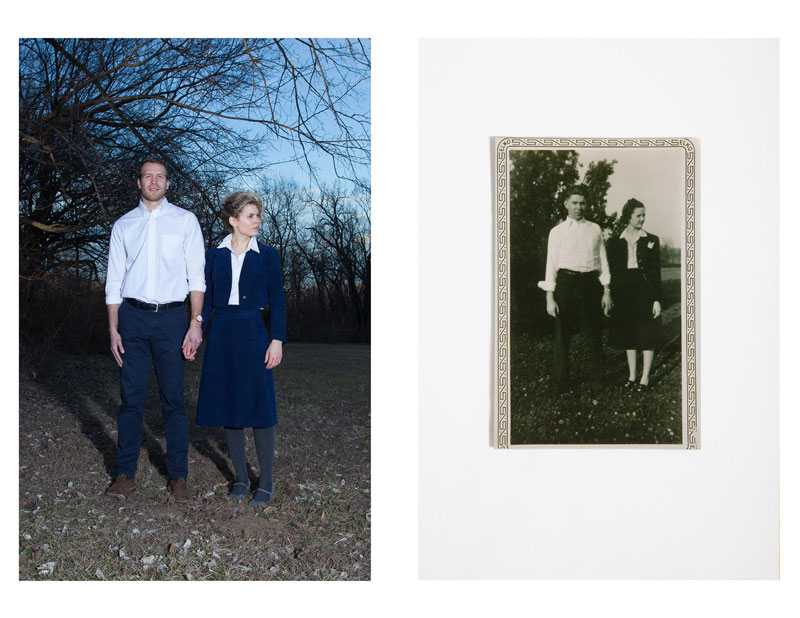 Oh, right: more parties (and more heed for drivers to take): Baltimore Avenue between 19th and 20th streets closes Friday evening, but for good reason. It’s the site of the second annual ArtsKC Block Party, a celebratory showcase of local talent that also raises money for the ArtsKC Fund. Over the past nine years, that’s sent $3.4 million to 176 artists and 150 arts organizations. On the main stage, there’s live music by Blackbird Revue, Under the Big Oak Tree, and Diles Mavis Group. Other performers will be there, too, along with more than 40 artists’ booths and, of course, food vendors. If you’re new to town, this event is a terrific one-stop cross-section revealing the volume, color and quality of KC’s arts community. And it’s fun even if you’ve been a First Friday die-hard for years.

Saturday, as the streetcar grand opening continues, the Mattie Rhodes Art Center co-hosts an all-day festival of Chicano arts with the Scribbler’s Co. Creative Writing & Art Enrichment after-school program and Heart ERG. From 1 to 6 p.m., the block of 919 West 17th Street will be full of live hip-hop, low-rider cars, muralists painting, vendors, food and performances. Inside, the gallery features the work of 30 local Chicano (Mexican-American) artists.