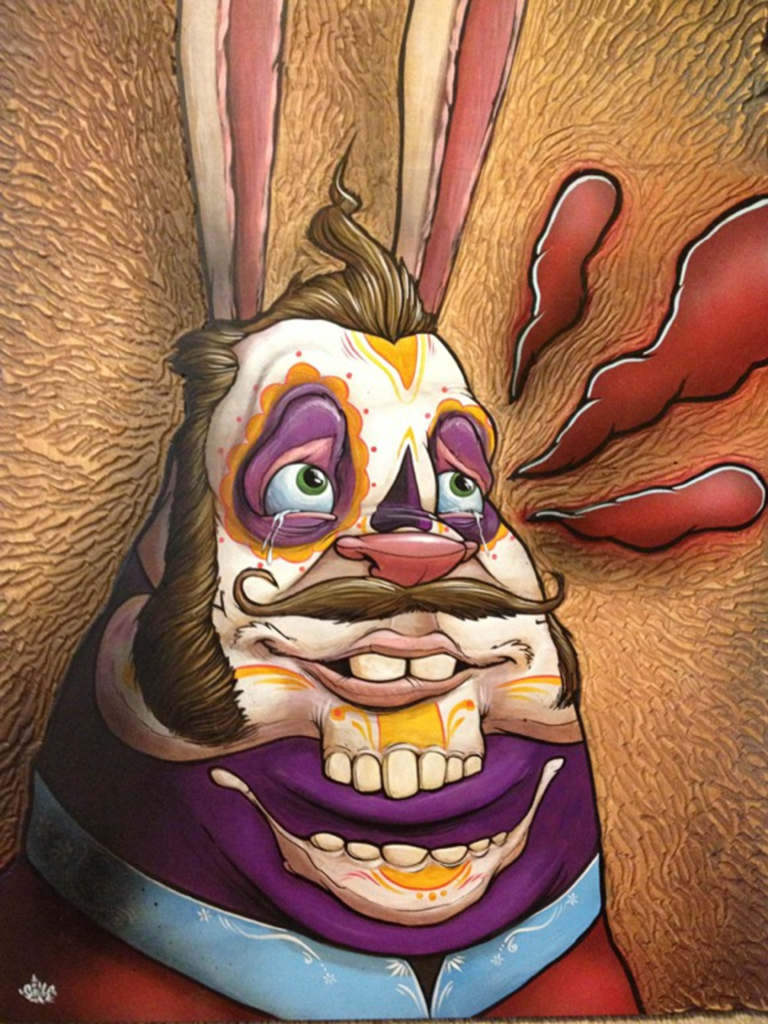 If the Crossroads District seems more crowded than usual this First Friday, you’re not hallucinating. October 4’s Out in the Crossroads marks the anniversary of the 1987 Washington, D.C., march for LGBT civil rights. Besides that celebration, several shows are worth some extra navigation time and parking hassle.

At the Mattie Rhodes Gallery (915 West 17th Street), the Día de Los Muertos exhibition celebrates its quinceañera with KC’s beloved Scribe. What he’s done with traditional motifs such as calaveras (skulls) is endearing. The cross-pollination of cultures is one of the best things about this city, and this annual event remains a high point on the calendar.

A man who goes by Anson the Ornery, one of the artists showing tonight at Pop Up (2100 Grand), challenges viewers to mark all over his huge self-portrait. You have permission to grapple with the concept of paying to destroy or preserve artwork by altering smaller pieces that then will be auctioned off. (The more complicated, the lower the starting bid.)

Sonja Shaffer’s solo show at Beco Gallery (1922 Baltimore), One Day, offers calm views of the everyday. In the one called “7:52 a.m.,” we see milk being poured from a jug into a mug of morning beverage. Shaffer has said she finds the Zen exhortation to “live in the moment” daunting, so she has separated moments and given visual voice to the tiny, mundane instants that make up a day.

At Todd Weiner Gallery (115 West 18th Street), painter Ian Young’s medium-scale color riots are front and center. (Some more adult-themed works are in the back room.) His board-game-based works are a little like colorized Tom Huck prints, chock-full of detail, structure and social commentary. Board Game Taboos adds up to an impressive debut for this young artist, who studied in recent years with his father, master architectural and scale painter Michael Young. It’s a must-see show.