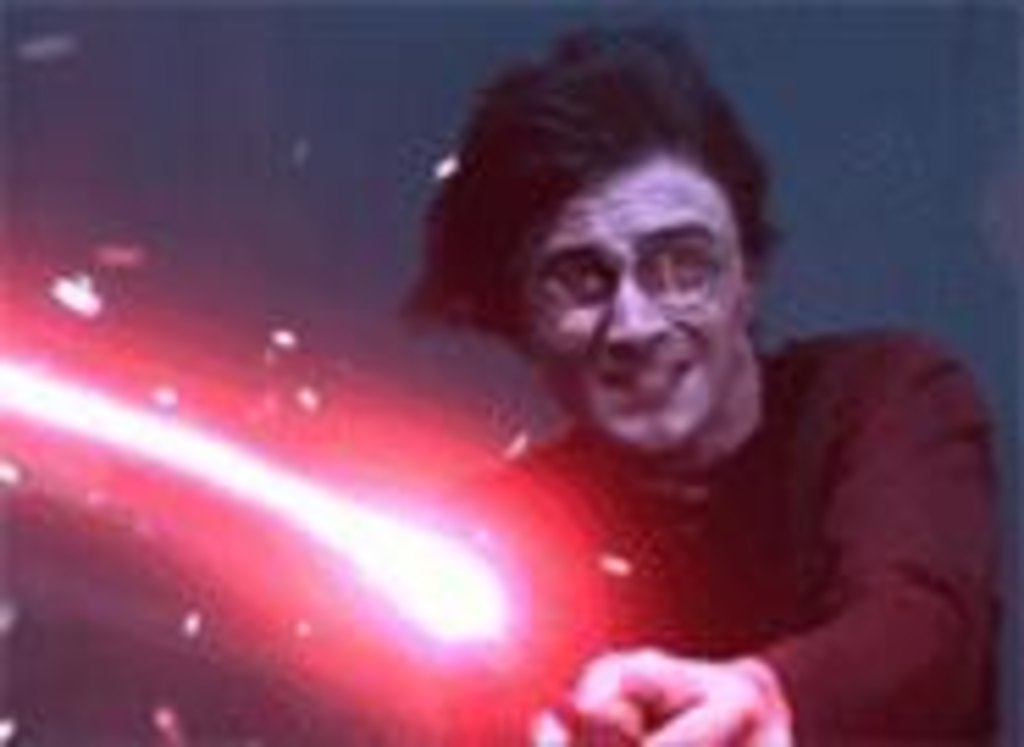 The part with the dragon is really cool.

Might as well cut to the chase, right? It’s not as though you need anybody to tell you the basic premise of Harry Potter and the Goblet of Fire. If you somehow missed the previous three Potter movies, this won’t likely be the one to break your pattern. So you probably want to know up front how the Hungarian Horntail dragon looks onscreen. And in the words of Ron Weasley (Rupert Grint), it’s bloody brilliant. Some things in the Harry Potter universe are much more fun to see than to read about — the aerial sport of Quidditch is a prime example, and the sequence in which Harry (Daniel Radcliffe) must steal a golden egg from an angry dragon is right up there.

Not only does this fourth Potter installment — scripted by Steve Kloves (who also wrote the first two) and directed by Mike Newell (Four Weddings and a Funeral) — assume prior knowledge of the other films; it takes for granted that you’ve already read the book. Secret villain Barty Crouch Jr. (David Tennant) is revealed as a traitor right at the beginning, and new professor Mad-Eye Moody (Brendan Gleeson) makes an offhand joke early on that’s funny only if you already know what he keeps locked up in a trunk behind his desk.

Much has been trimmed from the lengthy novel in order to achieve the movie’s two-and-a-half-hour running time: Dobby the Elf and Emma Thompson’s Professor Trelawney do not return to the big screen, Hagrid’s scorpionlike skreets don’t make it (nor do any monsters in the final maze, which is disappointing), and Gary Oldman makes only a quick cameo in digital form. Many of the trims work fine, but a maddening plot point involving the climactic confrontation between Harry and the evil Lord Voldemort (Ralph Fiennes, sans nose) remains unspoken and may leave viewers confused. (Remember that Harry and Voldemort have wands containing feathers from the same phoenix.)

Fiennes would probably be the major scene stealer if it didn’t take nearly the whole movie for him to show up; instead, that honor goes to Brendan Gleeson, whose Mad-Eye Moody feels like the scariest Irish pub rat you’ve ever encountered, transplanted to a classroom with the care of children rather dubiously entrusted to him. Not that Hogwarts isn’t a dubious proposition for youngsters to begin with. When headmaster Dumbledore (Michael Gambon) says, “I’ve put you in terrible danger this year, Harry. I am sorry,” you want to ask if he was paying attention the previous three years, when Harry was menaced by a giant three-headed dog, a forest full of man-eating spiders, a huge serpent, a werewolf and the soul-sucking Dementors.

Much has been made of Rowling’s influences (especially that of Roald Dahl), but very few have called her out on her apparent fondness for Scooby-Doo. It’s not just the idea of kids who go around solving mysteries but also the fact that every Potter movie thus far has culminated in a scene during which a key character is suddenly revealed as he really is — and he would have gotten away with it if it weren’t for those meddling kids! — and proceeds to explain the whole plot to us. It’s not as badly telegraphed here as in the other films, but it’s a literary crutch that one wishes Rowling would kick away.

Goblet of Fire is perhaps closest to the original Sorcerer’s Stone. Parts two and three, for worse and better, respectively, reflected their individual directors’ visions, but Newell doesn’t have much of a distinctive vision, as evinced by his rather diverse body of work (Donnie Brasco, Pushing Tin and Amazing Grace and Chuck). His is a Cliffs Notes version of the book, which is to be expected. But these movies are getting to be kinda like the original Star Trek films — did it really even matter exactly what Kirk, Spock and Bones were up to? It’s enough just to watch them do their thing again.