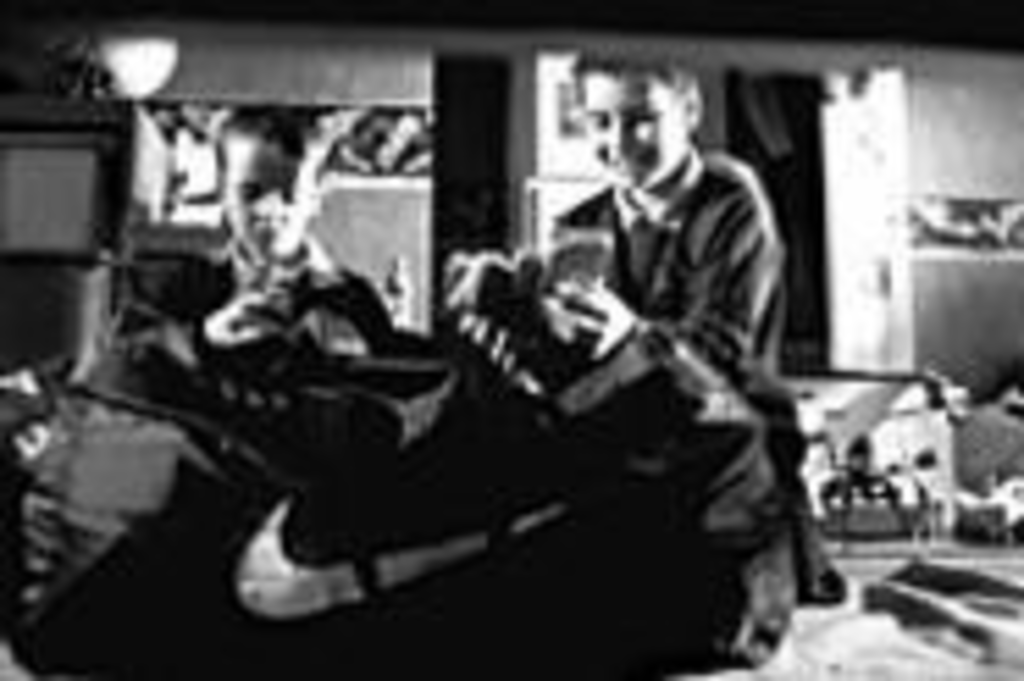 Damian Cunningham has the face of an angel — which is only appropriate for a 7-year-old boy who speaks with saints, among them Peter, Joseph, Claire and, of course, Francis of Assisi. Damian sees dead people, all right, but they come not to haunt the lad, who’s already been through enough with the recent death of his beloved mum. Instead, they wander the Manchester, England, countryside to grab a smoke, tell a joke and advise young Damian (played by newcomer Alex Etel) what to do with the pounds of pounds that have quite literally landed on his head. Either he can squander his newfound bag of money, as his older brother, Anthony (Lewis McGibbon), would prefer, or he can donate it to the penniless. For Damian, there is no choice at all: The loot, which crashed to Earth from the sky above (or from a train speeding by on nearby tracks), should be passed out to those in need — pennies from heaven.

Millions, the charming fable from director Danny Boyle, marks not only the filmmaker’s first children’s tale — it’s pure Disney, down to the dead mother whose children are left to a loving, well-meaning, occasionally inattentive father — but also his maturation as a storyteller. The plot — someone else’s money is stashed in an attic for safekeeping — recalls Boyle’s Shallow Grave, released a decade ago. The new film is no less stylized than its predecessor, but it does without the murders played for laughs and the gore spilled for giggles. In Shallow Grave, money turned friends into enemies, then into corpses.

Since then, Boyle has had successes (Trainspotting, 28 Days Later) and failures (The Beach, A Life Less Ordinary). The latter suggested how easily a visionary could lose sight of his talents, but none suggested a film as poignant and sincere (and as funny) as Millions. Damian is a sweet, righteous lad for whom the right thing is the only thing. He believes that the money is a gift from God because, as he explains, “Who else would have that kind of money?”

Boyle, working from Frank Cottrell Boyce’s storybook screenplay that is set during Christmastime on the eve of England’s transition from the pound to the euro, has made a film about faith that doesn’t proselytize or condescend or judge. It inspires us with a gentle tone and moves us with a casual push. When Damian tells his father, Ronnie, that he can’t sleep in his new room, Ronnie pulls back his covers and reveals that he’s been sleeping with his arm draped over two pillows hidden beneath the sheets. It’s a fine, quietly heartbreaking moment.

What is most remarkable about Millions is its decency (not just its performances, which are uniformly wonderful, or the visuals). Arriving at a moment when religion is a dangerously divisive topic, Boyle and Boyce get to the most basic tenet of any religion: sacrifice. Millions is irreverent about religion — St. Peter shows up in Damian’s room to dispel the myth about the Bible’s fish-and-loaves story, because what really happened is more inspirational than a story in some old book — but shows that it’s possible to be devout as well.

The director is rightly hailed as a brilliant stylist, but in the past, his visuals distanced the audience from the action. Boyle has always been a look-at-me filmmaker, whether he’s savoring the sight of a corpse splayed out on a crimson bedspread or following a junkie down the loo and into the watery muck below. Here, at last, the glory of his compositions serves only to draw us into his fairy tale. Millions has the look of a book you read to a child on the verge of sleeping and dreaming. It’s vibrant and verdant and inviting, begging you to escape into a lovely tale in which children, through a simple act of faith, find their own heaven on Earth.