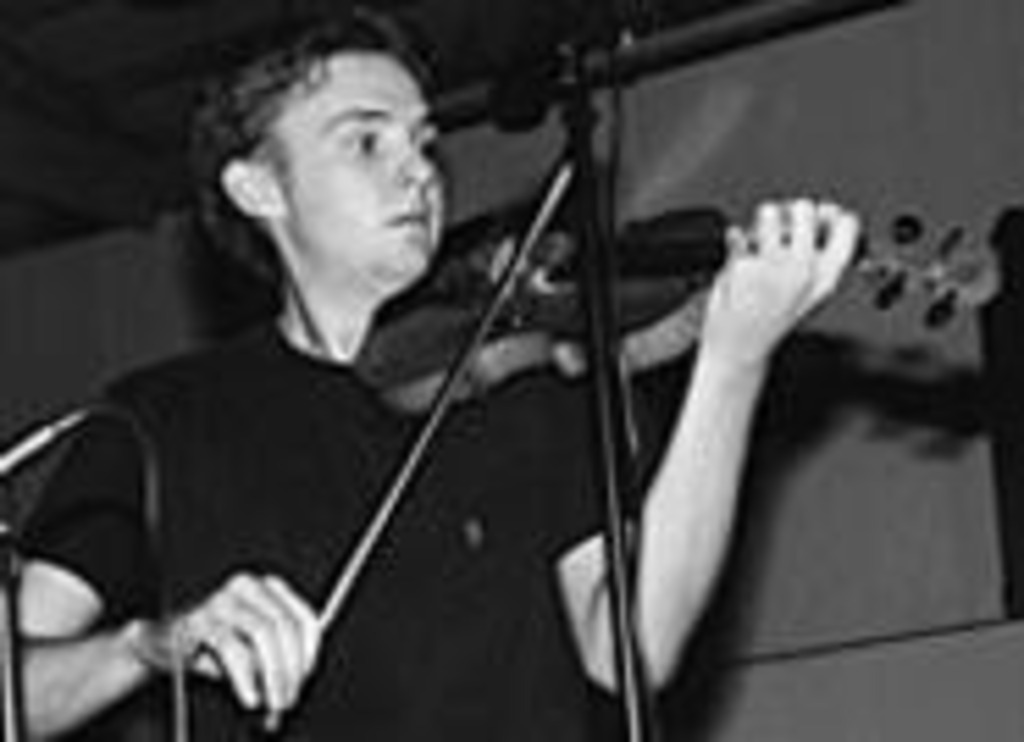 Ever since O Brother, Where Art Thou? reintroduced moviegoers to rural American music via the fictional Soggy Bottom Boys (the movie’s soundtrack has become a runaway best-seller, spending 84 weeks on Billboard‘s country chart), people have been falling in love with the sound of the fiddle as though it were brand new. So the crowds at the Platte County Fair’s annual fiddle competition — where fiddlers from across the farm belt saw their strings through a program ranging from waltzes to full-on hoedowns — may be larger than ever. Despite the fiddle’s newfound popularity, however, the contest will not have grown too big for its britches.

“It’s pretty casual. We don’t dress up, but most of us do wear boots,” says returning champion Matt Wyatt. Competing in at least thirty competitions yearly, Wyatt bow-thumps with the best of them.

“I started messing around with the fiddle when I was twelve,” he says. “I don’t remember learning to read music; it just happened.” That’s pretty modest for someone who has been the state fiddle champion of Missouri, Illinois, Kentucky, Mississippi and Alabama. Todd Eder, who took second place last year, doesn’t mince words, though: “Matt’s damn good,” he says.

Wyatt and other contestants will boil them cabbage down, but fiddle fans shouldn’t expect to choo-choo-cha-boogie to the “Orange Blossom Special,” easily among the most well known fiddle tunes around (second to “The Devil Went Down to Georgia”). “It’s banned in most competitions and is generally regarded as an overplayed trick tune,” Eder says.

But Wyatt encourages prospective visitors not to fret. “Don’t worry,” he says. “Somebody’ll usually play it after the competition, because you ain’t playing the fiddle if you ain’t making the people dance.”