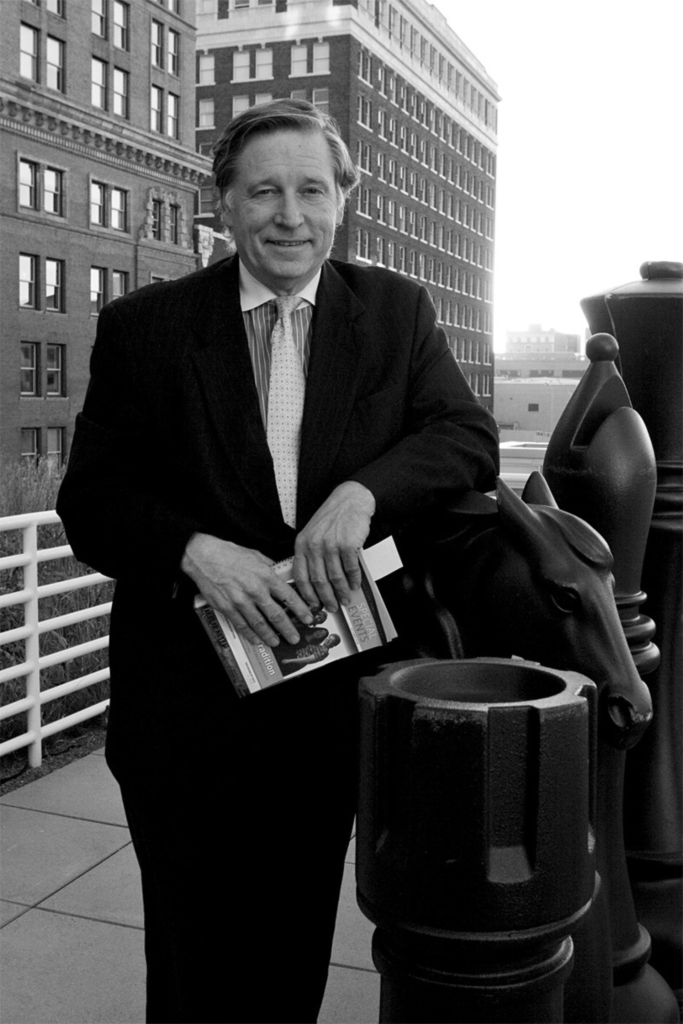 A good test of public stewardship occurs when $2 million accumulates in a bank account. What happens when competing interests reach for the cash?

I mention the $2 million at the outset because it’s a nice, round, attention-getting number. But it’s a MacGuffin, the term Hitchcock used for plot-driving objects of desire — jewels, a secret code — that become less interesting as the drama unfolds.

For me, the fate of the $2 million is incidental. The real fun concerns a development agency that receives city funding but acts at times in its own best interest.

Our story begins in 1994. It was a time when the city began deploying an incentive program for developers, tax-increment financing (TIF), with increasing frequency.

A TIF plan sets aside money for developers who venture into blighted or distressed areas. The money comes from the increase in taxes generated once the developer finishes the project proposed at the inception of the TIF district.

The City Council created the 43rd and Main TIF plan in 1994. The plan subsidized an expansion of H&R Block’s headquarters in midtown. It also assisted with the development of the Office Depot at 42nd Street and Main.

The 43rd and Main plan is unique in that its principal beneficiary, H&R Block, stopped asking the TIF Commission for money. In fact, the tax-preparation company eventually left midtown for a different TIF district inside the downtown loop.

With H&R Block out of the picture, money began to pile up in what’s called a “special allocation fund,” an account used to reimburse developers for certain costs they incur while removing blight.

Some of the money went toward a housing program in the Southmoreland neighborhood. One amendment to the plan earmarked $1.4 million in matching dollars for low-income homeowners looking to make repairs.

A group that purchased the Hawthorn Plaza, a beleaguered Section 8 apartment building at 39th Street and Main, came forward with another amendment. The developers asked the TIF Commission for money to offset some of the costs necessary to delouse and re-tenant the Hawthorn.

The TIF Commission is a somewhat peculiar animal in that it’s largely controlled by City Hall, yet its decisions affect county government and other taxing jurisdictions. A TIF more or less freezes property taxes, damaging the ability of school and library systems to fund their operations.

In the past year or so, the taxing jurisdictions have become more assertive. Their complaints, about plans being constantly amended to include new projects, contributed to the TIF Commission’s rejection of the Hawthorn group’s proposal. (The TIF Commission did agree to purchase the adjacent Naughty But Nice bookstore with the intention of transferring ownership to the Hawthorn guys once they got their financing in order.)

With the Hawthorn group turned away, negotiations began over the $2.2 million surplus that had built up in the 43rd and Main account.

The Southmoreland Neighborhood Association and MainCor, a nonprofit that works to enhance development along Main Street, wanted money for the housing program and to improve sidewalks and streetscapes. The taxing jurisdictions wanted to see the TIF plan end and its surplus dispersed to them.

A proposal came before the TIF Commission on February 11. The amendment allocated roughly $2 million for housing, sidewalks and streetscaping. It also provided $125,000 to demolish Naughty But Nice.

The proposal, which essentially drained the surplus, upset the taxing jurisdictions. Calvin Williford, an aide to Jackson County Executive Mike Sanders, noted at the February meeting that the Southmoreland housing program had received funding in a previous amendment. He then accused the TIF Commission staff of instructing the neighborhood group to inflate its request.

Joe Gonzales, the TIF Commission’s executive director, denied that his staff had guided Southmoreland’s hand. “No, we didn’t say, ‘Jack up your budget,'” he said.

Whatever the case, Williford’s comment touched on a larger issue. The TIF commission is staffed by the Economic Development Corp., an agency that receives city funding but operates outside of City Hall. The agency has a reputation for being too acquiescent to developers’ wishes. Its critics point to the Power & Light District and other deals that have made sludge of the city budget.

Part of the mistrust derives from the fact that city development agencies receive funding from deals they evaluate and monitor. Mayor Mark Funkhouser criticized the arrangement when he was city auditor, and he stepped up his attacks on the TIF Commission as a candidate.

At the February meeting, Williford and representatives from the school district and the library were persuasive in arguing that the 43rd and Main TIF needed to end. The TIF Commission, which is made up of six mayoral appointments and four representatives from the taxing jurisdictions, voted 9-1 to take out the housing piece and declare an intention to return the surplus to the taxing jurisdiction.

The TIF Commission staff and its attorney then took action to undo the vote and keep the TIF plan alive.

What had Fields found? As he read the TIF statute, the TIF Commission can’t declare a surplus until all project costs in the redevelopment plan have been contemplated.

Those costs, incidentally, may include his billable hours. The TIF Commission staff prepared a reconciliation of the surplus that deducts $451,319 for legal fees and other expenses. The reconciliation deducts another $89,100 for administrative expenses.

The fact sheet also recommended that the Southmoreland housing program receive the funding proposed in the original amendment — a direct contradiction of the TIF Commission’s action on February 11.

Fields and Gonzales went to the City Council in an effort to state their concerns about the TIF Commission’s February decision. The taxing jurisdictions begged the council to follow the commission’s recommendation to declare a surplus and kill the plan. “We’re asking for the never-ending story to end,” Chris Sally, a consultant who works for the Kansas City, Missouri, School District, said.

Bitter feelings remain. At the TIF Commission meeting earlier this month, Scott Jacoby, Jackson County’s deputy finance director, called out the TIF Commission staff for making a recommendation to the city council that showed “complete disregard” for the 9-1 vote.

Jacoby also took a shot at Fields for not being able (or willing?) to determine the legal soundness of the 9-1 vote at the time it happened. “I’m not sure what good it is to have legal here if we’re being given bad legal advice at the time we take the vote,” he said.

“This is ridiculous,” Fields shot back. “I’m sitting here, trying not be offended by the conversation.”

Fields said his actions were taken out of concern for procedure. “I’m confident that we did not take an interest in opposition to this body,” he said.

Ultimately, the taxing jurisdictions agreed to allow the housing program to take $585,000 from the surplus. (MacGuffin alert!) Crosby Kemper III, the Kansas City Public Library’s executive director, is not happy about the concession. He tells me that he felt “blackmailed” by Jan Marcason, who represents the Southmoreland neighborhood, and other members of the City Council. Kemper says the council treats the funds that TIF captures like “personal pots of money” it can spend as it wishes.

But Kemper says he’s glad a precedent was established: TIF plans can come to an end.