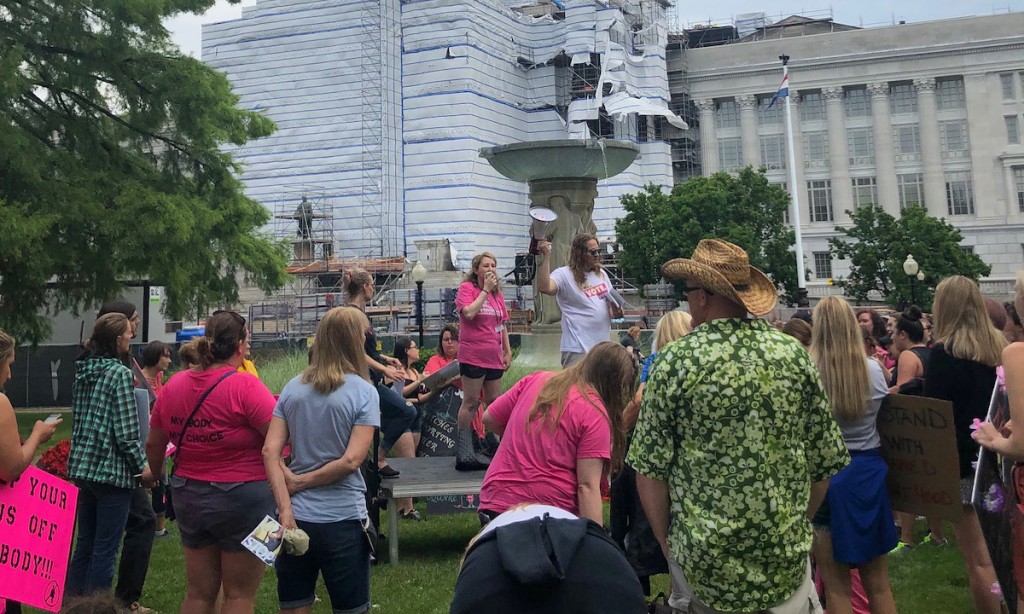 In a move long-time legal observers say is unusual, the Eighth U.S. Circuit Court of Appeals will, on its own motion, review a June 9 ruling that blocked enforcement of a 2019 Missouri law criminalizing abortions after eight weeks of pregnancy with no exceptions for rape or incest.

The order, issued last week, puts the case before all 18 judges of the court. The move vacates the decision of a three-judge panel that upheld U.S. District Court Judge Howard Sachs’ preliminary injunction blocking the law.

The injunction will, however, remain in effect while the court considers the case.

The law before the court also criminalizes abortions if they are being sought solely because of a prenatal diagnosis, test, or screening indicating Down Syndrome or the potential of Down Syndrome in an unborn child.

On July 1, Missouri Attorney General Eric Schmitt announced he would ask the U.S. Supreme Court to hear an appeal of the Eighth Circuit ruling. The high court has already been asked to accept a similar case, with a similar outcome at the Eighth Circuit, originating in Arkansas.

“We’re certainly encouraged by the Eighth Circuit’s decision to vacate and order a rehearing, and we look forward to the opportunity to vigorously defend this law again,” Scmitt’s spokesman, Chris Nuelle, wrote in an email to The Independent.

Whether the rehearing means Schmitt will withdraw the petition to the Supreme Court is uncertain, Nuelle wrote.

The decision to revoke the June decision is unusual because it was not prompted by a request from either party. In its weekly newsletter, Missouri Right to Life called it “a surprise action” and in a statement to The Independent, Planned Parenthood called it a “sudden change.”

Under the 2019 law, named the Missouri Stands for the Unborn Act by supporters, physicians who perform abortions after the eight-week gestational period could face five to 15 years in prison. Women who terminate their pregnancies would not be prosecuted.

The law also penalizes abortions sought solely because of a prenatal diagnosis, test, or screening indicating Down Syndrome or the potential of Down Syndrome in the pregnancy. Anyone participating in the abortion would be subject to civil penalties, including a loss of professional licenses.

The law has not been enforced because it was challenged by Reproductive Health Services of Planned Parenthood, based in St. Louis, which operates the state’s sole remaining abortion clinic. Sachs issued the preliminary injunction one day before it was to take effect.

“We have long said the fight to protect abortion access in Missouri is far from over,” Yamelsie Rodríguez, president and CEO of Reproductive Health Services, said in a statement. “The Eighth Circuit’s sudden change to reconsider Missouri’s sweeping abortion ban — one the court said was unconstitutional — is just another troubling signal in a long line of threats to our reproductive freedom.”

The judges were split on whether to block enforcement of the law banning abortions because of a Down Syndrome diagnosis, with Stras dissenting.

“We are pleased that Missouri’s bill, the most pro-life ever passed in the nation, will be reconsidered by the 8th Circuit,” Susan Klein, executive director of Missouri Right to Life, wrote in the newsletter.

The law is one of many passed in states with anti-abortion legislative majorities intended as a direct challenge to the 1973 decision in Roe v. Wade that the Constitution protects the right to have an abortion. The Supreme Court in May accepted a Mississippi case over a law banning abortions after the 15th week of pregnancy.

Missouri already has some of the strictest abortion restrictions in the country.

State law requires that doctors must have admitting privileges at nearby hospitals before they can perform abortions. Because of that requirement, the St. Louis Planned Parenthood facility is the only one in Missouri that is licensed to perform abortions.

A woman seeking an abortion must receive state-directed counseling that includes information designed to discourage her from following through. The doctor performing the abortion, not social workers or nurse practitioners, must provide the counseling. She must then wait 72 hours before the procedure is provided.

The use of telemedicine to administer medication abortions is prohibited.