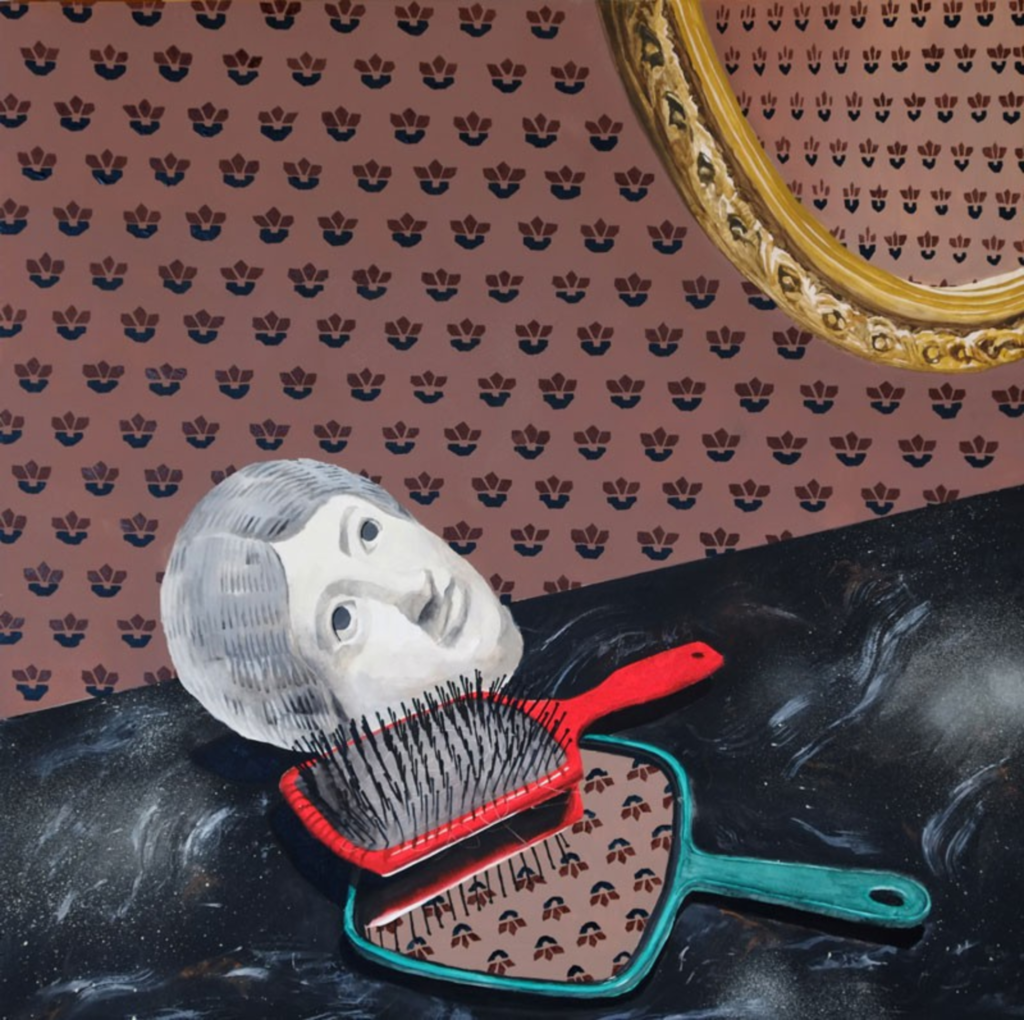 In one, Archie Scott Gobber lets you know that he has, once again, taken exception to a few things. His Archie Scott Gobber Has Issues recalls the artist’s previous wordplay paintings while challenging you to look at a given conflict or problem from (at least) two sides. In the other new Haw installation, Michael Krueger makes his solo debut in See Be, which is also his first show of paintings (rather than the prints and drawings we’ve grown familiar with). Krueger, not unlike Gobber, invites the viewer to think about the act of observation — the kind of observation that’s meditative, a prelude to new understanding. Nature as a subject is decoded here, he says, to allow us “to see true beauty again.” Haw is open from 9 a.m. to 5 p.m. Friday and from noon to 5 p.m. Saturday.

The Charlotte Street Foundation gets its own jump on First Friday by opening Wanting to Know but Not Wanting to Ask at its Project Space (21 East 12th Street) from 5 to 7 p.m. Thursday. Featured local artists Elizabeth Allen-Cannon and Shelby Keierleber present their perspectives on the idea of self-worth: “how objects and personal relationships” establish that, the program notes explain, and become “alternative forms of capital.”

The Asian lunar new year doesn’t start until February 19, but Windhorse (1717 Wyandotte) is celebrating Chinese New Year on First Friday with a reception from 6 to 9 p.m. This is the Year of the Sheep (or ram or goat, depending on your source), so look forward to many takes on the horned creature whose yin energy is said to bring harmony, peace, coexistence and tranquility — all of which sound well in line with Windhorse’s basic aesthetic.

From ancient calm to modern anxiety: Justin Beachler presents new digital compositions — bright, two-dimensional works of collaged colors, patterns and recognizable pictures culled from Ye Olde Internet — in Enterface at Subterranean Gallery (4124 Warwick, Apartment B). The program notes say Beachler’s art here derives from, and is in response to, “the Internet as a forming super culture.” Speaking of which, warm up your old avatar: The gallery’s curators, Kevin Heckart and Melaney Mitchell, have reproduced their space, including Beachler’s work, in Second Life. 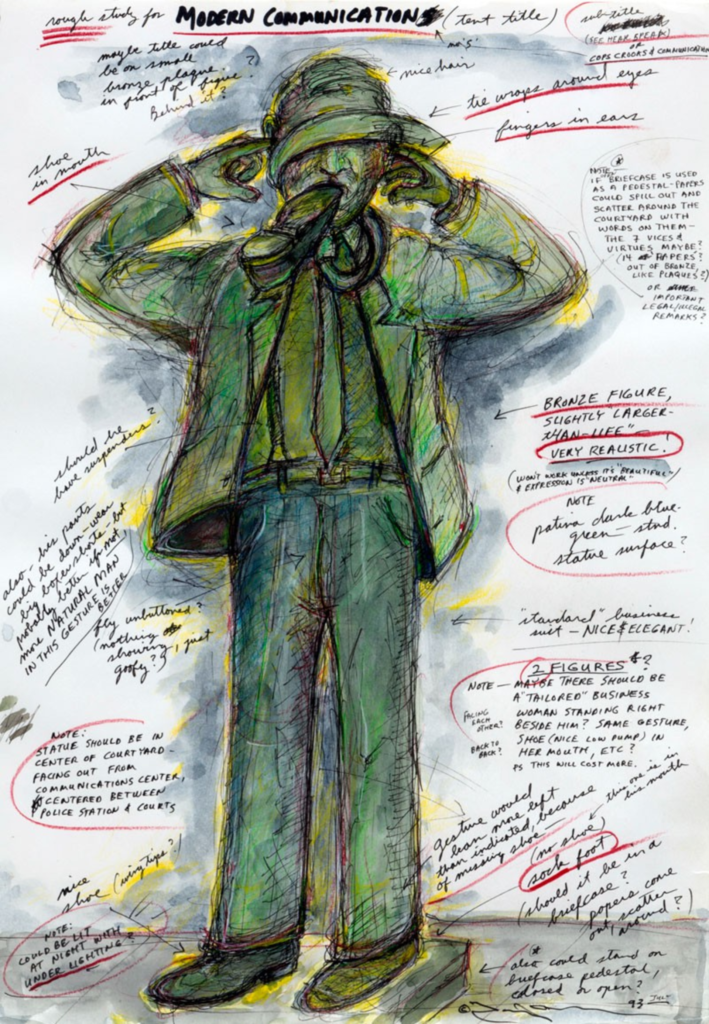 Just around the corner, H&R Block Artspace director Raechell Smith and University of Kansas art history professor David Cateforis open Making Histories, a group exhibition that includes Americans Mary Reid Kelley, Patrick Kelley, Anna Von Mertens and Hank Willis Thomas; Lene Berg from Norway; Chen Shaoxiong from China; Jeremy Deller from Great Britain; and Anri Sala from Albania. Their focus is on global events from the 20th century and how they relate to the present. The opening reception is at Artspace (16 East 43rd Street) from 6 to 8 p.m.

The Belger Arts Center (2100 Walnut) is showcasing drawings for more than two dozen works of public art — some realized and some not — by Terry Allen. The show Possible Impossible: Terry Allen Study Drawings for Public Works coincides with the “homecoming” of one of his most recognizable pieces in KC, “Modern Communication,” the statue of the man gagged by his own loafer, blinded by his tie and plugging his ears. It’s back in front of the Police and Fire Department Communication Center. 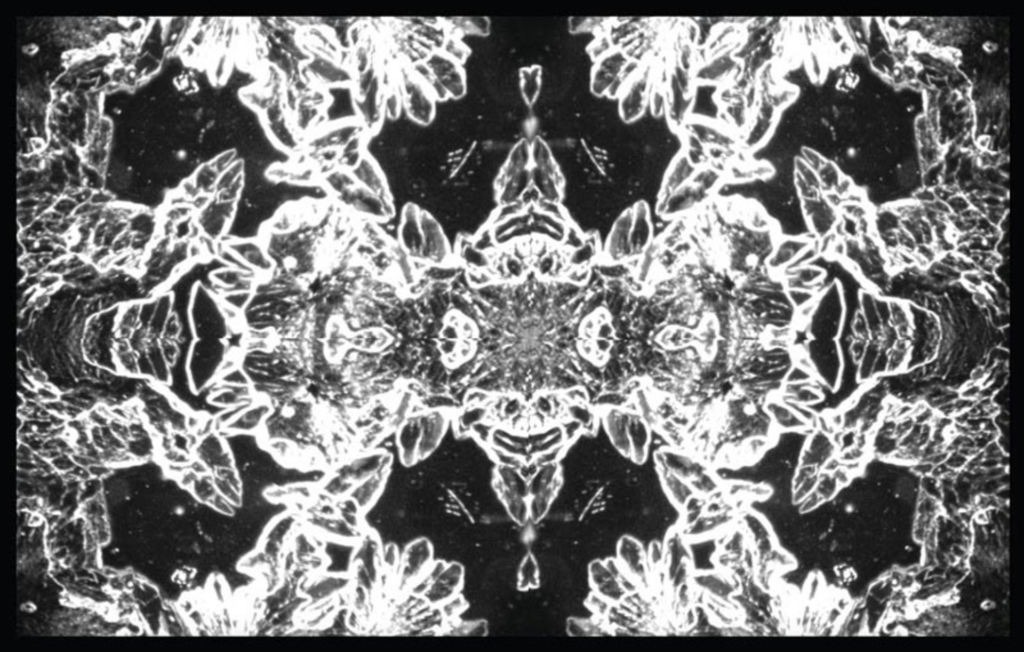 Haley Chaffin is said to be the youngest student in recent history to attend the Kansas City Art Institute. (She enrolled at age 16; she graduates in May 2016.) Her credits already include animation work for IKEA and production assistance for Me and the Black Dog, a short film that premiered in Liverpool last May. Her solo exhibition at Leedy-Voulkos Art Center (2012 Baltimore) includes large sculptures, soft lighting and animation, with music composed by UMKC Conservatory member Frazier Krohn, who is studying musical therapy.

The Late Show (1600 Cherry) welcomes Jeff Jerman, a Warrensburg school of art graduate who is back in town after 14 years showing in San Francisco, where he earned his MFA from San Francisco Art Institute. A Flashlight in the Void showcases all of Jerman’s different styles and catches us up with a current body of work that includes the sharp, grim “Gabriel’s Horn.” 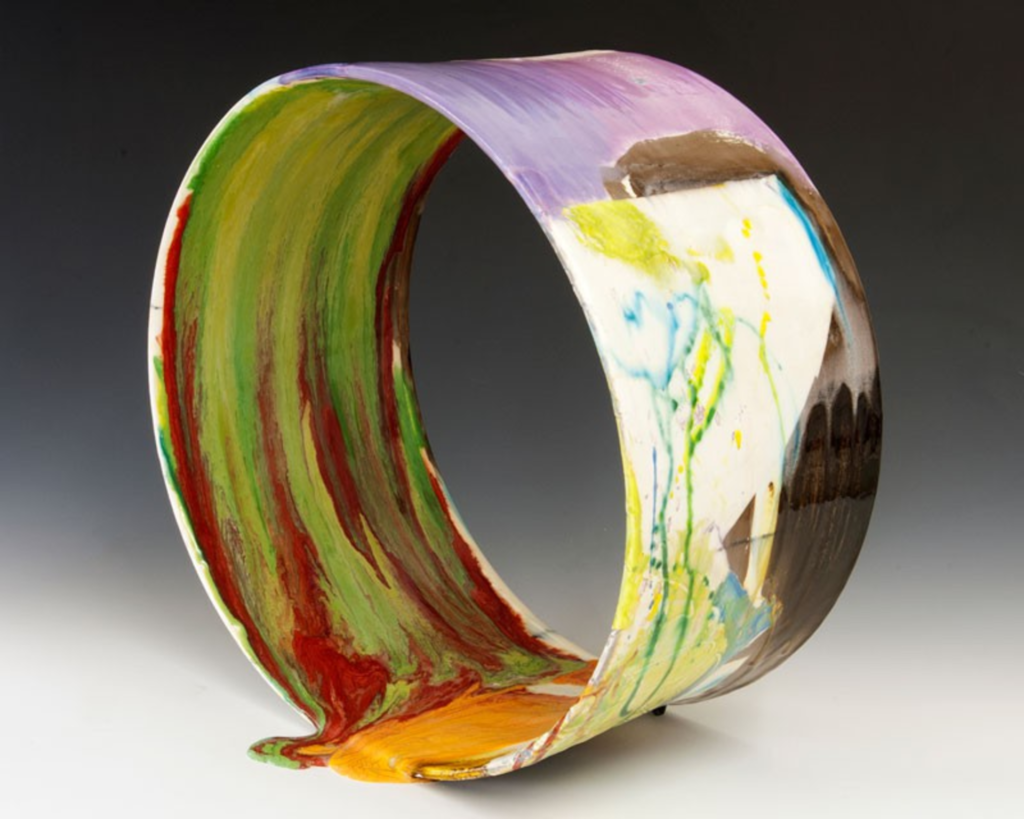 Belger Crane Yard Studios (2011 Tracy) brings us Passages, “painterly sculptures” in ceramic by Lauren Mabry, with an opening reception from 6 to 9 p.m. On Saturday, Mabry also conducts a workshop (sign up), as
well as a free slide lecture that starts at 4:30 p.m.

KC Pet Project is the beneficiary for Animal Artists at Krzyz Studio (1800 Locust), where you can show your support by purchasing prints and paintings by, yes, “the skilled paws of rescued animals” (from 5 to 9 p.m.).

Pop Up Art Gallery is still going strong at 2100 Grand. Inside the Ice Box (from 6 to 10 p.m.) includes works by more than 10 artists and live music, drumming, and mosaic-making you can participate in, as well as an interactive hockey-rink installation by KCAI students Kevin Bohnenkamp and Joshua Gann.