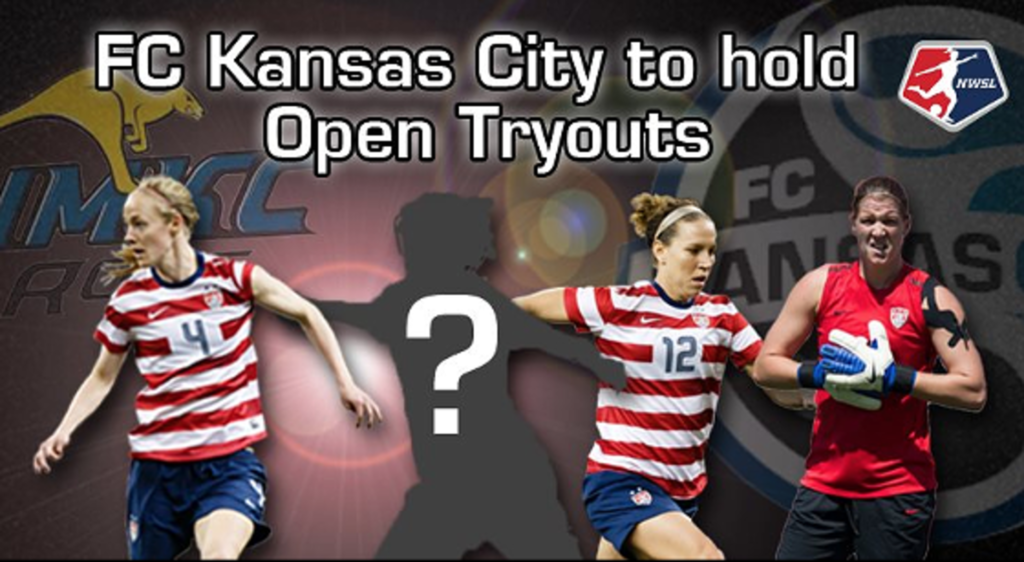 Fire up Invincible and get on that old high school jersey – FC Kansas City is holding open tryouts. The newly formed squad is looking for talent in the first year of the National Women’s Soccer League. And as a result, coach Vlatko Andonovski will be holding open tryouts at Stanley H. Durwood Soccer Stadium on the University of Missouri-Kansas City campus. The tryouts are scheduled for Friday, February 15, from 9 a.m. to noon and from 5 to 7 p.m., and Saturday, February 16, from 9 a.m. to noon.

You’ll be taking the field for a chance to suit up next to midfielders Kristie Mewis and Lauren Cheney, goalkeeper Nichole Barnhart and defender Becky Sauerbrunn, who are all attending the U.S. Women’s National Team training camp. The women’s team takes on Scotland Saturday, February 9, in Jacksonville, Florida, in its first match of 2013. The only requirements are that you be 18 years old, female and you register (either online in advance or the day of the tryout). The registration fee is $50. If Coach Andonovski is impressed, players from the open tryout will get a chance to show what they can do at an Invitational Combine held March 2 and 3. FC Kansas City will kick off its season in April.