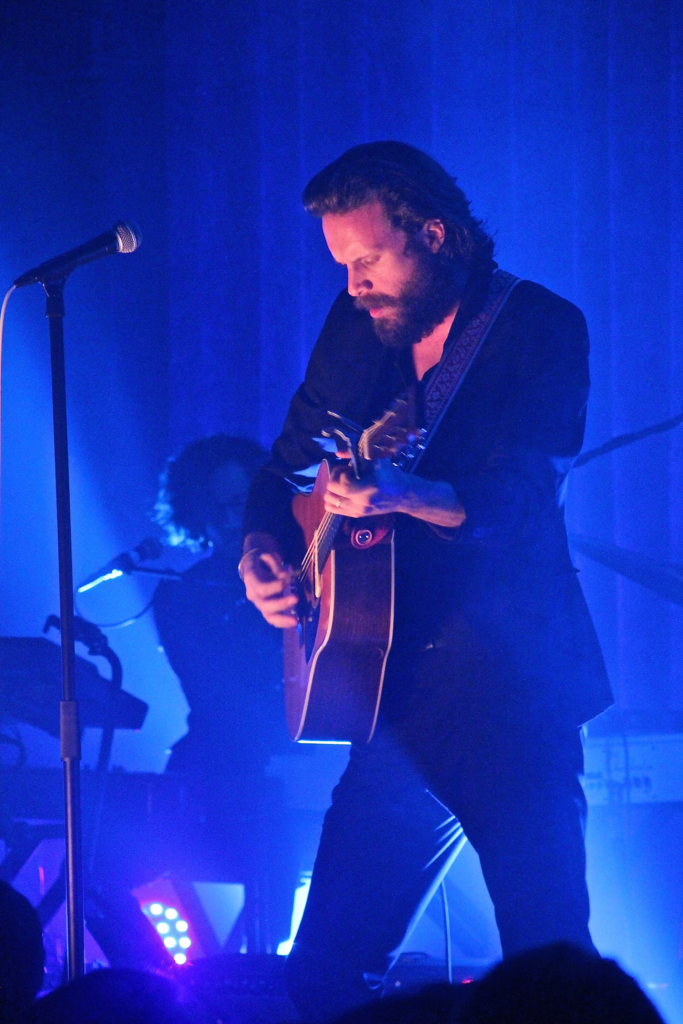 Both Kansas City and Lawrence experienced their warmest days yet of the year yesterday, with temperatures topping off in both cities over 80 degrees. That and the humidity ensured that the Granada would approach sauna-like conditions for last night’s sold-out Father John Misty concert, long before Father John (born Josh Tillman) even took the stage.

For a show which blended elements of ’70s rock, soul, dance and even thrash, perhaps it was only right that everyone in the house got a little bit (or a lot) sweaty together. Tillman was right there with the crowd; with his button-up shirt soaked through with sweat early on, he delivered a captivating, high-energy 90-minute performance. 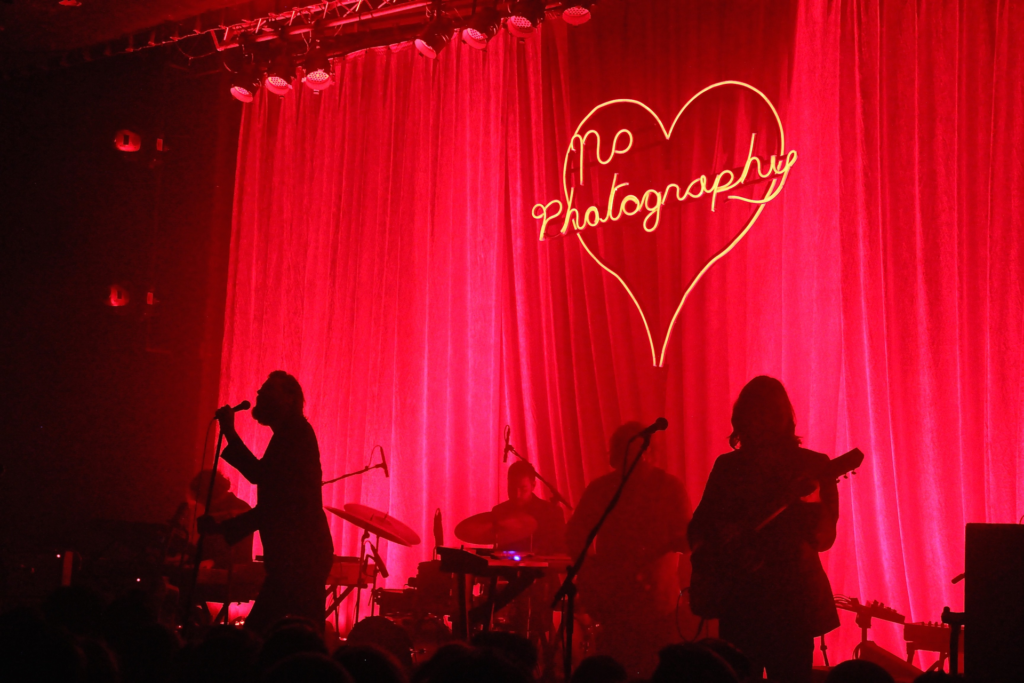 Tillman opened his set with “I Love You, Honeybear,” off of his recent eponymous album. Despite the sugary titled, Tillman has managed to craft an album around the reality of relationships: They can be sweet, but just as surely they can be caustic, too. In the title track, Misty paints the picture of his relationship, in which he and his wife get high on their bed, insulated and protected while the problems of the world – stock market crashes and death – swirl around them. And still, the end of the song closes with a few jarringly sober lines: I’ve got mother’s depression / You’ve got your father’s scorn… but everything is fine.

Tillman and his band performed the song under similarly stark lighting, with the band backlit in red, with the only additional light coming from the “No Photography” neon sign above. And he started strong, fully committing to the performance with his body and his voice. The audience ate up every movement, leaning and reaching towards him as he prowled the stage; members sang along to every word. 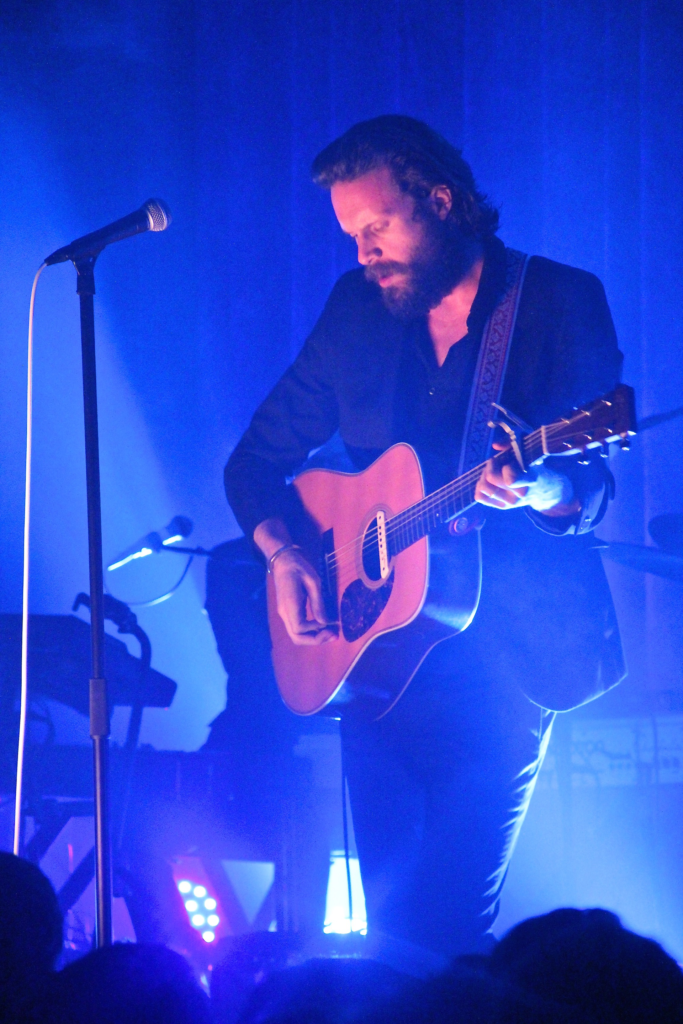 This extends to his physical performance. Last night, Tillman acted out his songs, pirouetting and gracefully unfurling his arms for emphasis. He threw himself across the stage. After his performance of “Nothing Good Ever Happens at the Goddamn Thirsty Crow,” during which he crashed his body to the floor, the audience winced along in pain.

“I’m okay,” he said, soothing the crowd. “I won’t feel it ’til later. All part of the show, sweetheart.” 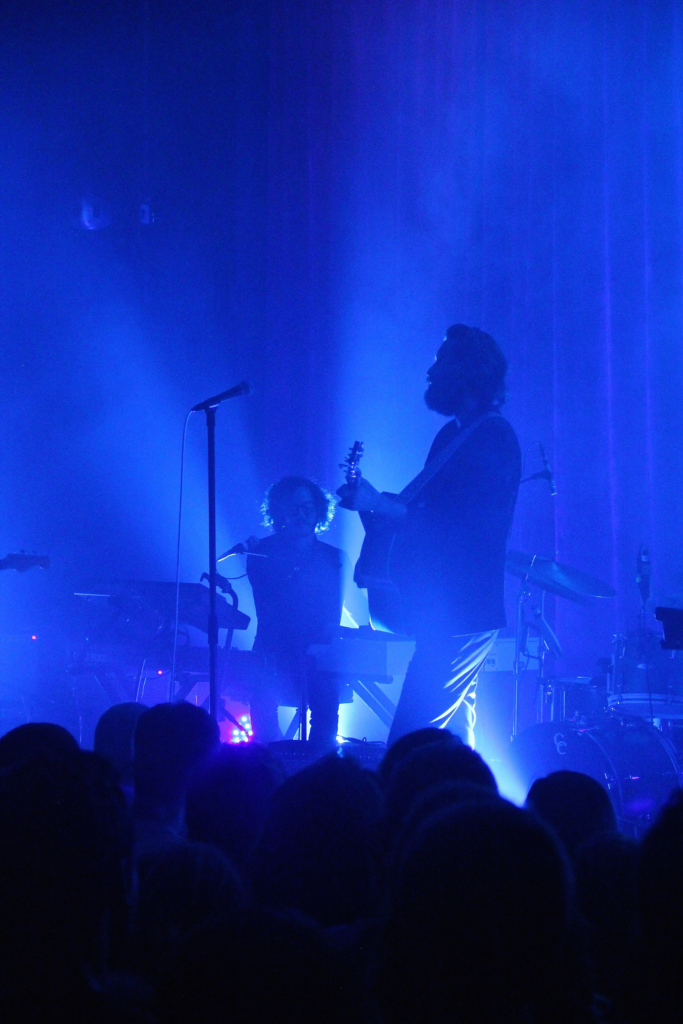 Highlights from the set included a very gritty, raw version of “Hollywood Forever Cemetery Sings,” in which his voice rang out over the heavy distortion and even-heavier bass, as well as a remarkable cover of Leonard Cohen’s “I’m Your Man,” which was so well-suited to Tillman’s ’70s vocal leanings.

It got hot early, and only became more sweltering inside the venue as the night went on.

“I’m sweating banana peels up here,” joked Tillman, as he looked at some weird garbage an audience member inexplicably threw onstage early in the set. “It looks like a condom wrapped around a diaper,” he said, laughing. “I’m too wet for original thought. I can’t think of anything else to say to you.” 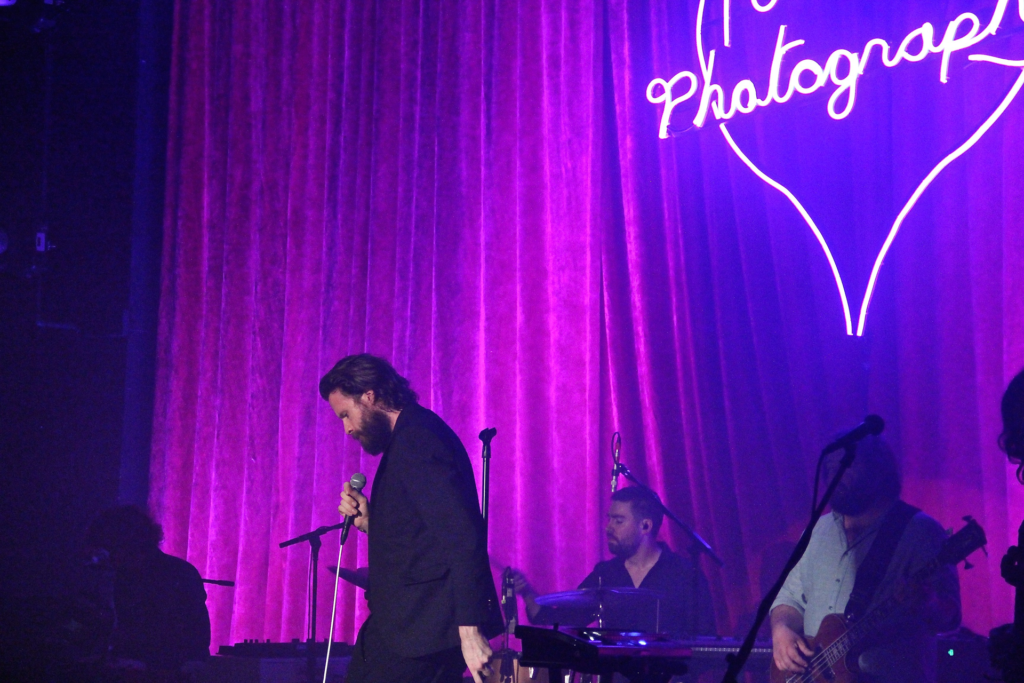 So he just sang his heart out, closing his encore with the crowd favorite ripe for singalong, “Everyman Needs a Companion.” Tillman’s lyrics often bring the bitter along with the sweet, but not in this case: Everyman needs a companion to console him, Tillman sang, his voice as robust as when he started. Like I need you.

Setlist:
I Love You, Honeybear
Strange Encounter
True Affection
Only Son of the Ladiesman
When You’re Smiling and Astride Me
The Night Josh Tillman Came to Our Apt
I’m Writing a Novel
Chauteau Lobby #4
Nancy from Now On
Nothing Good Ever Happens at the Goddamn Thirsty Crow
This is Sally Hatchet
The Ideal Husband
Hollywood Forever Cemetery Sings
Funtimes in Babylon
Now I’m Learning to Love the War
Holy Shit
—
Bored in the USA
I’m Your Man (Leonard Cohen)
Everyman Needs a Companion