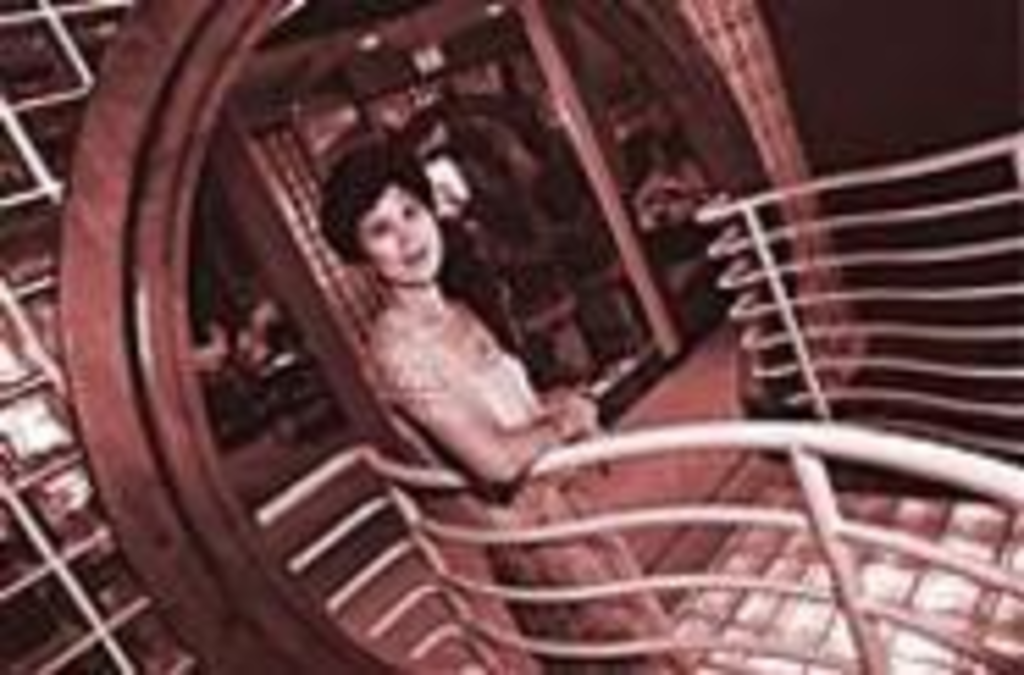 There hasn’t been an Andy at Andy’s Wok restaurant in Overland Park for many years. But the real question is, where is Andy’s Wok? Not the round-bottom cooking utensil but the cozy restaurant with a seafoam-colored dining room once tucked into an unassuming strip mall.

For nine years, the popular but rather ordinary Chinese eatery held its own in the La Paloma Shopping Center, just a chopstick away from the Conoco pumps. But the old Andy’s Wok has undergone a magical transformation. For diners who remember that little green dining room and the cramped carry-out area by the bar, the new Andy’s Wok may be a shock.

Since earlier this year, when owner Carol Wu moved the restaurant (named for her brother, the restaurant’s first chef, who is now retired in Taiwan) to more spacious digs in the high-glamour strip across the street, Andy’s Wok has received a serious fashion makeover. What was once a frumpy suburban matron is now a sleek, sophisticated, and expensively clad Vogue model. The new, improved Andy’s Wok (which reportedly cost over a million dollars) more accurately reflects the style of its tiny, fashion-conscious owner: The Taiwan-born Wu wore taffeta gowns and tight silk sheaths even at the old place.

“She’s the Loretta Young of Chinese-restaurant owners,” gushed my friend Craig, who loved to go to the old Andy’s Wok just to see what sensational ensemble Wu might be wearing. Even dashing out of the kitchen on the loftiest of spike-heel pumps, carrying a plate of pork lo mein in one manicured hand and a platter of steamed dumplings in the other, Wu managed to look like a well-coiffed movie star.

The new Andy’s Wok, tucked into the MGM of strip centers (the still-unfinished The Fountains, where concrete lion heads spurt streams of water from the entrance signs), is a more dazzling setting for Wu, who swept through the dining room one night dressed in a cream-colored silk number embroidered with tiny mirrors and, a few nights later, a floor-length black strapless dress, her pale shoulders covered with a filmy chiffon scarf.

“She wears a size 0,” said my friend Barbara. “I wonder if she ever eats anything.”

Wu may not eat much, but I certainly did on several visits to the three-month-old restaurant, where most of the traditional Chinese and Chinese-American dishes remain from the old Andy’s Wok menu, along with a few new things, including a separate menu for diners wanting more authentic Chinese fare (you might have to ask your server to see it).

The food isn’t as exotic as the decor, which is really striking. Diners move from the slate-tiled foyer through a circular doorway and across a glass-brick bridge over a little pond filled with 13 gold and white koi (“They all have names and they know their names,” Wu said proudly, “but I don’t remember what the names are”). The three dining rooms contain tables cloaked in white linen and starched mauve napkins, and twinkly ceilings with panels of opalescent stained glass.

“Pretty fancy joint,” said Barbara, as she glanced at the menu to make sure neither the dishes nor the prices had gotten too fancy in the makeover. They haven’t. In fact, of the 165 entrées on the regular menu, only a handful cost more than $11 — for example, the whole Peking duck ($22) or the same duck “served three ways” (wrapped in rice pancakes, sautéed with bean sprouts, and steaming in duck soup; $30).

All the old standbys are there, including Chinese-American innovations that a native of China or Malaysia wouldn’t recognize but American diners have loved for years: a crispy fried egg foo yong smothered in that ubiquitous “brown sauce” ($8.95), chop suey ($8.95), and chow mein ($8.95).

“The old people,” Wu whispered to me later, “they like those dishes. You have to have them, you know.”

That’s also why Wu has to serve the beloved egg rolls (two for $2.65), crispy and hot spring rolls (filled with cabbage, carrots, and shrimp; two for $2.95), and crab rangoon (four for $3.25), accompanied by little metal pitchers filled with a cherry-colored sweet-and-sour sauce or hot mustard.

A more unusual — but delicious — appetizer is a pastrylike fish roll ($8.95), made of fish paste that’s wrapped in sheets of paper-thin tofu and deep fried to a crackling golden brown. It’s nonfishy and amazingly good, even doused in hot mustard or the tamari-and-green-onion concoction that arrives with hot pan-fried dumplings ($4.50), which are filled with balls of ginger-steamed pork.

Barbara and I wanted to share a big bowl of soup, something snazzier than hot-and-sour or bland egg drop. She nixed the Chinatown-style shark’s fin soup ($8.50) from the special Chinese menu but agreed to the regular menu’s Shrimp Sizzling Rice ($6.25), a bowl of hearty broth afloat with shrimp, pea pods, carrots, and mushrooms. But the dramatic moment fell flat when our server dropped three squares of hot rice cakes into the liquid and, instead of sizzling, they barely fizzled. So much for show business.

(On a different visit, dining solo, I was much happier with a simple cup of wonton soup, a topaz-colored broth dappled with pieces of roast pork and chopped onion with a big pork-filled dumpling floating in the center for $1.35.)

But dinner’s the big thing at Andy’s Wok, and with nearly 200 possibilities (counting the choices from the special menu, which includes such dishes as marinated cold jellyfish, Five Spices Pork Feet, and preserved mustard greens with pork), it can be tough to decide. For example, the 27 different shrimp dishes range from the ridiculous (sweet and sour shrimp, deep-fried and swimming in a sticky, sugary sauce for $9.50) to the sublime (curry shrimp in a spicy but delicate and peppery sauce for $9.50).

We decided to try a dish from each menu: Royal Barbecued Pork Chop ($10.25) from the regular and Mandarin-Style General Tso’s Chicken ($9.95) from the Chinese. Less spicy than the traditional preparation, the Mandarin-Style General Tso’s Chicken offered up bits of chicken, lightly breaded and quick-fried in a slightly sweet, gingery sauce. Far better was the barbecued pork chop, a nice tender chop cut into bits and sautéed in sesame oil, Worcestershire sauce, a splash of brown sugar and ketchup, a dash of cinnamon, and clove. It was fork tender but slightly crispy and incredibly delicious, one of the most unusual and fantastic barbecue dishes in the city.

A few days later, I again experimented with a dish from the Chinese menu, the interesting-sounding Stuffed Tofu with Shrimp ($13.95), which turned out to be blander than I might have liked but such a delectable combination of tastes and textures that it was worth the adventure. Fat, white, quivering squares of soft, baked tofu came out looking like plump ravioli, each one topped with a round, pink ball of steamed shrimp and covered with a sauce of hot egg whites and scallions. I gobbled down every bite, but I’m sure I’ll never order it again.

But I’ll happily order, again and again, Andy’s Wok’s piquant and startlingly citrusy orange beef ($10.25) or the sautéed slices of spicy lamb ($10.95) cooked with green onions and served on a white-hot, sizzling platter.

Alas, after all this divine fare, there’s not much in the way of dessert after the meal (except the cellophane-wrapped fortune cookie that’s presented with the check). If you ask, the server will bring, free of charge, a little bowl of a gray, souplike Chinese delicacy made with tapioca and taro root. “It has a name,” said Wu, “but it’s a difficult Chinese name.”

Never mind — one taste was all I needed to decide it wasn’t for me. It didn’t look like a dessert, taste like a dessert, or smell like a dessert. The new Andy’s Wok is so glamorous, it needs to invent something equally fashionable as a finale — maybe a Peking peach sorbet or a Forbidden City fruit cup.