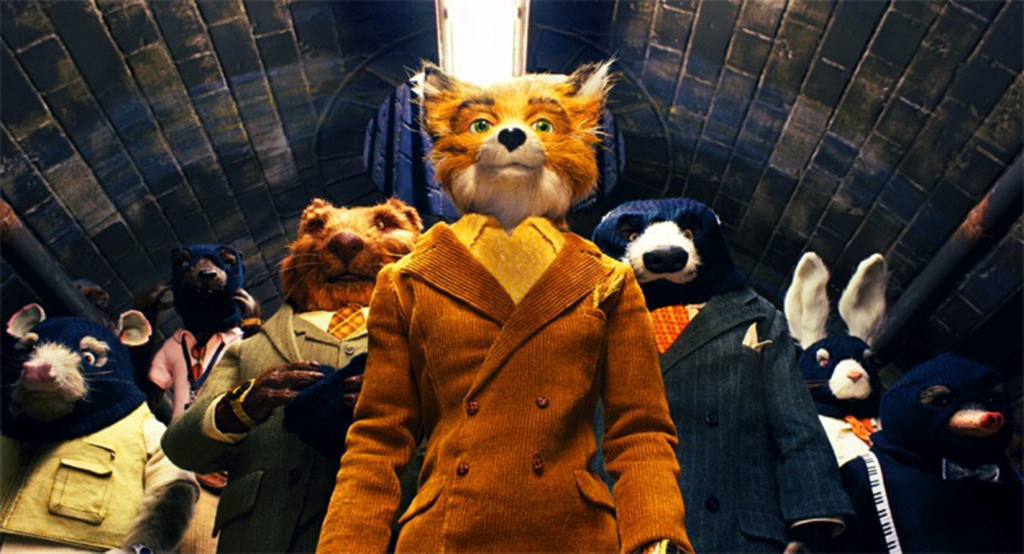 Film-studies majors, cultural anthropologists and Sunday arts-section editors will surely have their hands full comparing and contrasting Anderson’s fast-paced, visually majestic Fantastic Mr. Fox, which is based on the 1970 book by Roald Dahl, with the season’s other high-art kiddie-lit adaptation, Spike Jonze’s Where the Wild Things Are. Questions to look out for: Is this sudden renaissance of auteur-driven children’s films (Tim Burton’s Alice in Wonderland looming on the horizon) a byproduct of Generation Y’s willful refusal to grow up? Are these movies really OK for kids to see?

So much beloved children’s literature is the product of fully grown men and women using the prism of childhood or fantasy to exorcise their own personal demons. When Dahl sat down to write Fantastic Mr. Fox, he had already lost one of his five children to measles and witnessed another suffer from water on the brain as the result of a car accident — and Dahl invented a special valve to help cure the condition. Understandably, the book that resulted was a portrait of a father as family protector, the literal hunter-gatherer who must find new ways of putting food on the table after the three odious farmers, whose bounty Mr. Fox has regularly raided, get wise to his game.

True to Dahl’s temperament, the book was incredibly dark by turns (including an extended sequence in which Mrs. Fox and her four cubs nearly starve to death) yet was relatively straightforward: Mr. Fox was a fox, his human predators human, and never the twain should meet.

Working with Noah Baumbach, his Life Aquatic writing partner, Anderson has blurred those lines and added an existential layer to his protagonist’s conundrum. On-screen, Mr. Fox (voiced by George Clooney) is now a corduroy-clad gentleman bandit who walks upright and steals not out of necessity but because he’s good at it. Fast-forward to several “fox years” later, and Mr. Fox has, at the behest of Mrs. Fox (Meryl Streep), traded his life of crime for a career as a newspaper columnist and the comforts of the life domestic. But in his heart, he remains footloose and fancy-free, looking to make one last score. “Who am I? Why a fox?” he asks, literally stating the film’s unanswerable question. “And can a fox ever be happy without a chicken in its teeth?”

Where Dahl’s book was essentially a survival story, Anderson’s film has become a nonconformist fable about that wildness of spirit (our animal instincts, if you will) we are encouraged to tame as we get older and “settle down” (the same quandary, if with more tragic consequences, faced by the Wheelers of Revolutionary Road).

Like Jonze, Anderson and Baumbach have done much else to expand and personalize the source material without violating its spirit, turning Dahl’s effectively stable (and somewhat bland) nuclear family into a more eccentric and passive-aggressive one, with Mr. Fox a reckless, self-absorbed paterfamilias in the Royal Tenenbaums/Steve Zissou mold, his four offspring condensed into a single moody, misfit teenager (named Ash and voiced by Jason Schwartzman) with significant daddy issues. Like the similar adolescent males whom Baumbach evoked with such empathy in The Squid and the Whale and Margot at the Wedding — their bodies changing at a frightening pace, the world’s cruel realities assaulting them at fastball speed — the uncoordinated, diminutive Ash finds himself in the grips of his own existential dilemma, exacerbated by the arrival of his golden-boy cousin, Kristofferson.

If the characters and crises sound a touch familiar, Anderson works through them with a sensitivity that was largely absent from both The Darjeeling Limited and The Life Aquatic, where style frequently overwhelmed substance and the characters appeared far less dimensional than Mr. Fox‘s plasticine avatars.

For the reportedly painstaking labor it took to create, the film is a marvel to behold — all burnt-orange sunsets and fields of plenty, with wonderful shifts in perspective (one of Mrs. Fox’s oil paintings at first seems an epic canvas, only to later appear as a glorified postage stamp in human hands), an intensely tactile design (for the creatures, costumes, sets), and an intentional herky-jerkiness of motion that only enriches the make-believe atmosphere.

The voice performances rank among the most richly nuanced ever captured for an animated feature, with Clooney (speaking slightly below his usual register, as if everything were a self-conscious aside) and Streep (resplendent as a former wildcat turned nurturing Earth mother) doing some of the best work of their illustrious careers. Among the movie’s many virtues, they render an unusually convincing portrait of a marriage, a reminder that the most unexpected thing about Anderson’s film is — underneath all the carefully affixed, wind-sensitive whiskers and fur — how deeply human it is.